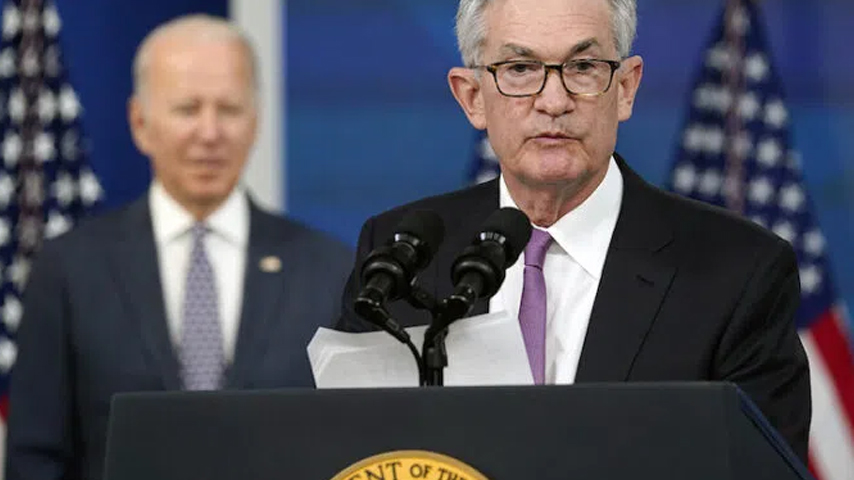 United States Federal Reserve Chairman Jerome Powell on Friday hinted that a global digital currency is being created to replace the US Dollar, as part of the ‘Great Reset‘ agenda.

NEW – Powell: "Rapid changes are taking place in the global monetary system that may affect the international role of the dollar."

A US central bank digital currency is being examined to "help the US dollar's international standing." pic.twitter.com/htP6r1brNz

Speaking at the Federal Reserve Board’s “International Roles of the U.S. Dollar” research conference in Washington D.C., Powell began by suggesting the dollar’s role as the world’s reserve currency in the post-WWII era is coming to an end:

“Looking forward, rapid changes are taking place in the global monetary system that may affect the international role of the dollar in the future.”

“Most major economies already have or are in the process of developing instant, 24/7 payments. Our own FedNow service will be coming online in 2023. And in light of the tremendous growth in crypto-assets and stablecoins, the Federal Reserve is examining whether a U.S. central bank digital currency (CBDC) would improve on an already safe and efficient domestic payments system.“

The Russian president said Western nations are blaming global inflation on Russia’s war in Ukraine instead of the massive amount of money printed over several decades.

President #Putin at SPIEF: Russia's special military operation has become a "lifeline" for the #Western elites to blame all the problems on #Russia.
"They printed money in huge quantities, and then what? That's where global inflation comes from".

Putin also acknowledged huge global economic shifts are on the horizon, saying, “We are talking about real processes, about truly revolutionary, tectonic changes in geopolitics, global economy, the technological sphere, in the entire system of international relations.”

The Russian leader said, “The unipolar world era is finished,” and that new, powerful nations are ready to take a new role on the world stage.

A “change of elites” in the West will follow a “revolutionary” change sparked by Europe and America’s response to the war in Ukraine, he added.

“Such a detachment from reality, from the demands of society, will inevitably lead to a surge of populism and the growth of radical movements, to serious social and economic changes, to degradation, and in the near future, to a change of elites,” Putin said.

Infowars suggested in early March that the Ukraine-Russia war may be the catalyst to remove the dollar as the world’s reserve currency.

In that article, we pointed out that the Federal Reserve and International Monetary Fund have both suggested a world with more than one reserve currency could emerge.

During a February 28, 2022 transmission of “The Alex Jones Show,” Jones predicted the Ukraine war will be used to trigger major financial changes.

Jones noted that right as humanity began waking up to the scam of Covid lockdowns, experimental vaccines and the overall globalist agenda, “Boom! This war starts.”

“And what does it do?” he asked. “The war cuts off resources. The war makes people poorer, the big central banks loan more money, we go more into debt, more toward global bankruptcy and the worldwide universal basic income that once we give up and believe the free market doesn’t work anymore, the corporate fascists can fully take over with the cashless society, universal basic income, global reset.”

With groups like the World Economic Forum hoping to have America replaced as a world power by the year 2030, which aligns with the UN’s dystopian Agenda 2030, this entire situation could be an example of orchestrated chaos.

Whether the war between Ukraine and Russia was planned all along or the elite are simply taking advantage of the situation, the conflict is being used to enact world-changing economic shifts.

World Bank says a widespread recession is likely, but something even worse could be coming