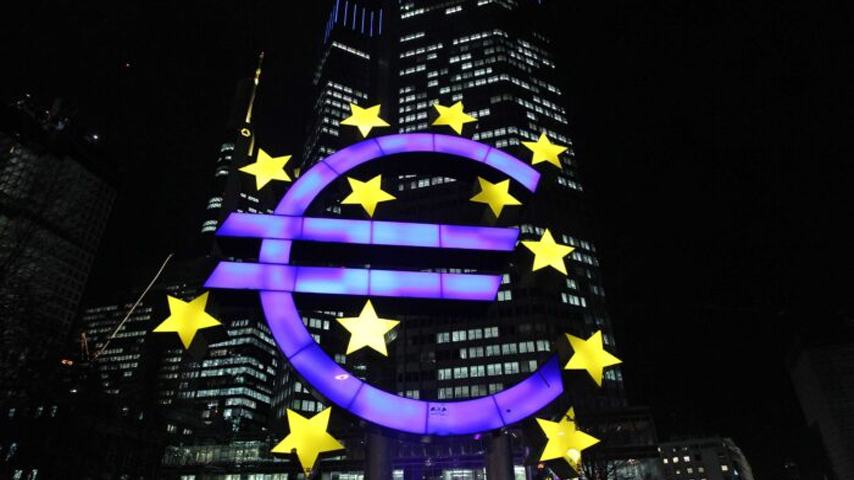 The euro logo is seen in front of the European Central Bank (ECB) in Frankfurt am Main, Germany, on Jan. 10. (Daniel Roland/AFP via Getty Images)

In the digital economy, cash is no longer a useful tool, and a central bank digital currency (CBDC) is the “only solution” to continue the existing monetary system, according to a new paper from the European Central Bank (ECB).

The eurozone’s central bank recently published a paper titled, “The Economics of Central Bank Digital Currency.” The authors assessed the implications for the financial system and examined data privacy and digital payments.

Researchers concluded that a CBDC, like a digital euro, would be the “only solution” to facilitate a “smooth continuation” of the present monetary system. Despite widespread concerns that CBDCs would limit the credit supply and function as a disruptive force in the financial markets, the paper rejected these concerns as being unfounded.

Digital money is critical in a digital economy, the ECB noted. Since “cash is losing its appeal as efficient means of payment,” a CBDC is a necessary tool to install. Although the research identified drawbacks of instituting a uniform digital monetary system, such as the sluggish pace of settlements, market developments, and adoption, the paper noted that “a digital update of cash” is crucial to advancing “the two-layer system of public and private money.”

Ultimately, cash possesses “large economic costs without clear benefits,” so “it is by construction not ‘fit’ for the digital age.”

Digital money might generate privacy concerns, the authors warned. However, researchers say that there is a “privacy paradox”: consumers will emphasize the importance to privacy in surveys, but they will give away their personal data for free or in exchange for small rewards.

“From a public policy perspective, these observations warrant further skepticism concerning the ability of market forces to reach efficient levels of privacy protection,” the report noted.

The paper also rejected cryptocurrencies and stablecoins, calling them a “threat to monetary sovereignty.” It welcomed President Joe Biden’s digital asset working group to put together a regulatory framework for the crypto sector, as well as the myriad of other regulations considered worldwide.

“These proposals would bring new forms of digital money into the regulatory perimeter and help to address some of the major concerns related to monetary sovereignty and financial stability,” the paper stated.

The Rise of CBDCs

Across the globe, many governments and central banks have been studying CBDCs as a potential successor or complement to physical money.

In January, for example, the Federal Reserve released a discussion paper titled, “Money and Payments: The U.S. Dollar in the Age of Digital Transformation.” It examined the pros and cons of a possible U.S. CBDC.

While speaking in front of Congress during his semiannual monetary policy report in June, Fed Chair Jerome Powell recommended that a digital dollar is “something we need to explore as a country” that “should not be a partisan thing.”

“It’s a very important potential financial innovation that will affect all Americans,” he said before the House Committee on Financial Services. “Our plan is to work on both the policy side and the technological side in coming years and come to Congress with a recommendation at some point.”

Powell added that if the United States were to create a digital dollar, it would need to be issued by the federal government and not by a private institution.

“One question around CBDCs is do we want a private stablecoin to wind up being the digital dollar? I think the answer is no,” Powell said. “If we’re going to have a digital dollar, it should be government-guaranteed money, not private money.”

Congress is requesting faster action on a digital dollar. A bipartisan group of members of Congress, led by Rep. French Hill (R-Ark.) and Rep. Maxine Waters (D-Calif.), introduced legislation this month ordering the Fed to speed up its work on a CBDC.

“With countries around the world competing to deploy digital versions of their own currencies, America can’t be left behind,” Waters said in a statement in May before a hearing on the advantages of risks of CBDCs.

Last month, ECB President Christine Lagarde championed a digital euro, purporting that digitizing the official currency of 19 out of the 27 member states of the European Union can “achieve” stability and public access.

A digital euro would complement cash rather than replace it, according to Lagarde. She also pointed out that a CBDC would only be successful if it addressed the needs of consumers and businesses and ensured that privacy safeguards were established from the beginning.

This, co-wrote Lagarde in a blog post, makes certain that a digital euro “serves as an anchor for the whole payment system.”

US, Europe Take on the Digital Yuan?

But while the United States and Europe might be attempting to take the lead in such a critical issue in the global monetary system, market analysts note that advanced economies might be responding to China.

After seven years of intensive study, the People’s Bank of China (PBoC) unleashed the digital yuan in 2021. The e-yuan is a CBDC that is trying to replace a portion of the cash presently in circulation, as fewer Chinese consumers use physical money. It is estimated that cash represented about one-quarter of point-of-sale transactions in 2020, down from nearly 75 percent in 2012.

Some aver that Beijing is looking to dismantle the global currency system, but officials say otherwise.

While speaking at a Shanghai forum in December 2020, former PBoC head Zhou Xiaochuan noted that technology is the main goal, not currency supremacy. However, Richard Turrin, author of “Cashless: China’s Digital Currency Revolution,” told CNBC in March that a digital yuan could challenge the greenback in international trade settlements in the next decade.

“Remember, China is the largest trading country, and you’re going to see digital yuan slowly supplant the dollar when buying things from China,” he said. “If we go about five to 10 years out, yes, the digital yuan can play a significant role in reducing the dollar’s usage in international trade.”

The yuan has become one of the most popular currencies in cross-border transactions in 2021, representing 2.7 percent of global payments, the highest level in six years, January statistics from the Society for Worldwide Interbank Financial Telecommunications (SWIFT) show. The U.S. dollar accounted for more than 40 percent of international transactions.

Any attempt to dethrone the U.S. dollar as the chief international reserve currency would take time. According to the International Monetary Fund’s (IMF) Currency Composition of Official Foreign Exchange Reserves (COFER) data, dollars accounted for nearly 60 percent of reserves in the first quarter of 2022. The yuan represented less than 3 percent.