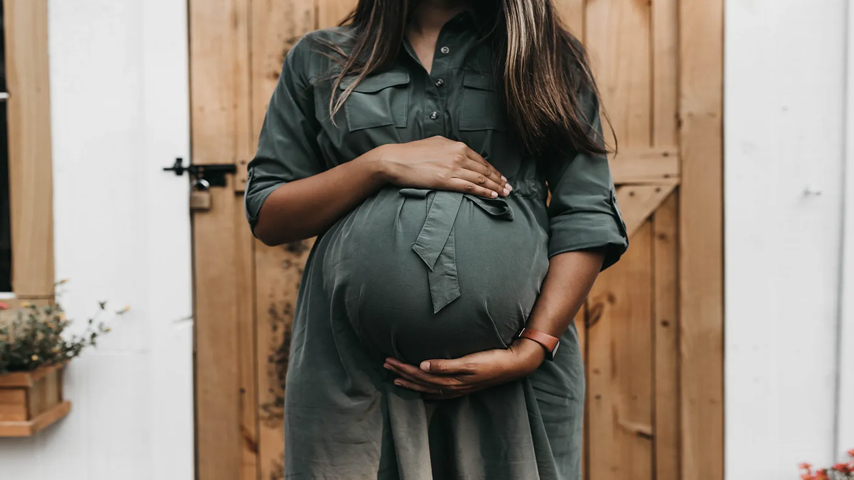 When birth pains are at their worst, it means everything is about to change

If you’ve spent much time reading Tipping Point posts or watching videos here, you’ve heard me and the other contributors compare the realities we are experiencing right now to that of a couple awaiting the birth of a new baby. But that’s not just our idea. That’s a connection Jesus made in the New Testament.

When he spoke to his followers about nation rising against nation, famines and earthquakes, he described these as “the beginning of the birth pains” (Matthew 24:8, ESV).

Some Bible translations, like the New King James Version, use the phrase “the beginning of sorrows.”

Most parents don’t describe childbirth as anything related to “sorrow,” but they definitely can relate to the idea of birth pains. If you have children, then you will absolutely remember the weeks and months leading up to the arrival of your baby.

Aches and Pains and Changes

When a couple decides they want to have a child, the whole experience seems like a flurry of excitement. At first, the wife takes a pregnancy test and shares the good news with her husband. Soon after, everything changes. Her body starts to transform. She might experience morning sickness. She’ll definitely endure aches and pains she has never known before.

As the woman moves closer to the pregnancy’s full term, she experiences a new kind of excitement, along with a little bit of fear and increasing physical discomfort. By the time most women reach their ninth month, they are physically miserable and feel the full burden of the infant growing inside them. (I can’t speak from experience, of course, but only as a father who watched my wife, Karen, show incredible strength and toughness during her pregnancies.)

But the changes over that nine-month period aren’t the end of the story. The woman isn’t finished yet. If she is opting for natural childbirth, then at some point the labor pains begin.

This is when pregnancy gets intense. These pains become sharper and more frequent as time goes on. They hurt. Once she goes into active labor, the mother is in pain. She might scream—at her husband, her doctor, or anyone else. She cries out for the birth to happen and the pain to be over.

TV sitcoms tend to treat this as a hilarious moment, but in the moment, there’s nothing funny about it. It is holy. It is sacred. It is emotional and very intense.

Finally, with her anxious and worried husband by her side, and with blood and other fluids pouring from her body, she gives birth. Within a matter of seconds, the new parents hear the first cries of their newborn baby. Then the doctor or midwife presents the child to the new parents. She or he seems perfect!

In only a moment, everything has changed. Those days of pain and discomfort are over, replaced with the unspeakable joy of new life.

When labor began, the new mother might have been wondering if she could handle the hours that lie ahead. Those first pains were bad enough, but then they became worse. They hurt more deeply, lasted longer, and became incredibly difficult. But the mother also knows that labor pains are the beginning of the end—and the end of a beginning.

When the pains are at their worst, the mother is even closer to the birth. This is the entire purpose of the pregnancy.

The Biggest Event in World History

In my book Tipping Point and in this newsletter, I explain to readers like you about the signs and events happening in the world today, walking through the Bible prophecy that foretold these events and circumstances long ago.

This is how the Apostle Paul described it in his letter to the Church in Rome:

Yet what we suffer now is nothing compared to the glory he will reveal to us later. For all creation is waiting eagerly for that future day when God will reveal who his children really are. Against its will, all creation was subjected to God’s curse. But with eager hope, the creation looks forward to the day when it will join God’s children in glorious freedom from death and decay. For we know that all creation has been groaning as in the pains of childbirth right up to the present time. And we believers also groan, even though we have the Holy Spirit within us as a foretaste of future glory, for we long for our bodies to be released from sin and suffering. We, too, wait with eager hope for the day when God will give us our full rights as his adopted children, including the new bodies he has promised us. We were given this hope when we were saved. (If we already have something, we don’t need to hope for it. But if we look forward to something we don’t yet have, we must wait patiently and confidently.)—Romans 8:18–25 (NLT)

I believe that if the world were a pregnant mother, then she has reached full term. What we are experiencing right now is far bigger than a particular social or cultural change.

In fact, I believe we have approached the biggest event in world history—the return of Christ and the end of the age. If you are a believer, then this is not a reason for alarm. It is a time to soberly consider God’s call on our lives and joyously await the Bridegroom. The signs are everywhere. Just as you cannot stop a child from being born without harming the mother or the baby, there is nothing to be done except wait and prepare for Jesus’ return.

The Bible speaks more about our current generation than any other generation that has lived or ever will live. We’re living in a very severe time. God knows it, and for our sake, He is hastening the end. Just as a doctor or midwife can see when a new mother is about to give birth, we can see that the world’s “labor pains” are getting closer and closer to that final moment in which everything changes.

It is happening right now. The return of Christ is imminent, but you can be prepared. The signs are increasing, the birth pangs are growing stronger, and they are announcing that we are about to be redeemed.

When they react with denial, despair or decadence, you react with hope