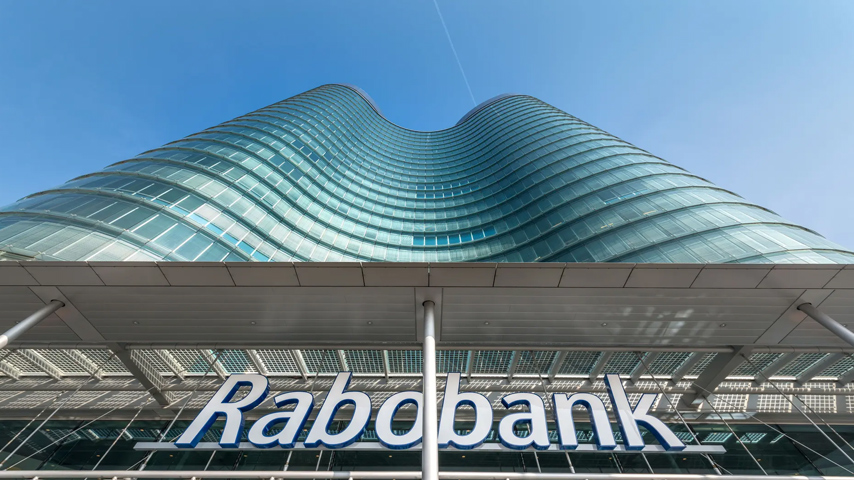 As civil unrest rages in the Netherlands due to oppressive environmental policies, a Dutch bank executive is advocating for a social credit system centered around people’s carbon emissions, which she called a “carbon wallet”.

Barbara Baarsma, the former chair of Rabobank Amsterdam, was appointed last year as CEO of Rabo Carbon Bank, an environmental bank that “trades, not money but carbon as currency.”

The idea, said Baarsma in an interview Tuesday with Dutch radio station BNR News, is that a limit will be placed on citizens’ carbon emissions, which will be tracked via their transactions and purchases. People can then sell any unused “carbon credits” to others.

Rabobank already rolled out a mobile application earlier this year called Carbon Insights in which bank customers can track their CO2 impact with each purchase.

“On average a person makes about 35.000 choices every day,” said Rabo Carbon Bank Retail Product Manager Fadoua Ajjaji. “However we don’t always know how green our choices are. You might know where the bananas come from that you buy in the supermarket, or when you book a train journey you can roughly calculate how much CO2 emissions that creates. However, with many of our purchases, we don’t have a clue what the climate impact might be, even though the money we spend and how we spend it plays a large role in solving climate change. This is a missed opportunity as gaining insights is the first step in making more sustainable choices.”

“Of course, we don’t know the exact products somebody buys in the supermarket, so the CO2  emissions remain an estimation,” Ajjajji added. “For the calculation, we look at the payment itself, not the actual receipt. Customers can provide additional information if they eat meat or own a car, which allows us to make the calculations more accurate.”

Some disagree with Baarsma, pointing out that those who are lazy and unproductive will end up with more carbon credits than those who are more industrious, which requires more CO2 emissions.

“This is neo-feudalism,” Dutch political commentator Eva Vlaardingerbroek told GBNews correspondent Mark Steyn. “Now we had backlash, right? So people were upset about it. But she’s invited on national television tonight. So in an hour, she will be sitting there talking about this great ‘thought experiment’ and then suddenly it’s part of the debate and it’s accepted.

“Whereas, I would say, we should cancel these communists immediately and say, ‘Get the hell out of my private life.’”

America’s Frontline News published a report in June warning about an ESG social credit system, in which individuals will be graded on their ESG compliance in a model similar to the China Communist Party’s (CCP) social credit system. But in western democracies, it will likely be financial institutions enforcing ESG behaviors voluntarily.

“I think it is highly likely that within the next two years, you’re going to see financial institutions start to use a personalized social credit score of some kind to make decisions about things like your access to loans, your interest rate, or whether you’re eligible for insurance coverage,” said Heartland Institute Director Justin Haskins, according to an analysis by The Epoch Times. “All the signs are pointing to that happening very soon,” he said.

American Legislative Exchange Council Chief Economist Jonathan Williams predicts that if enough progressive pressure is brought to bear on the financial system, it would mean “having people’s freedoms eroded without any legislation ever having to be passed, whether it’s companies with a radical take on ESG or FICO personal credit scores.”

Indeed, the consumer credit rating agency FICO openly said in December that personal ESG scores will soon be enforced, stating that “one example would be the inclusion of property energy rating data in mortgage valuation and decision.” In other words, consumers who pay their debts and have excellent financial credit may have trouble getting a mortgage, car loan, bank loan, or credit card if they are not environmentally conscious.

“They can’t pass the Green New Deal in the United States Congress,” said Bernardy, “but the banks can certainly implement it. The major banks, financial management firms, and insurance companies are de facto deciding how we will be able to live. They are becoming our new legislatures.”

BlackRock CEO Larry Fink, who heads one of the world’s largest investment firms, was candid about how the company approaches ESG.

“You have to force behaviors, and at BlackRock, we’re forcing behaviors,” said Fink in 2017.

Two years ago, the mere suggestion that banks and other corporations would refuse service to individuals based on their carbon footprint would have been dismissed out of hand as a conspiracy theory.

But COVID-19 vaccine mandates have proven that even when not under legal pressure, many companies are more than willing to discriminate against prospective customers if public sentiment is strong enough. As of May 2022 four out of ten companies still impose some kind of vaccine mandate, reports Bloomberg Law.

That may be why Chase Bank felt comfortable closing former Trump national security adviser Lt. Gen. Michael Flynn’s bank account in 2021 due to “reputational reasons” according to The Heritage Foundation. Chase’s decision followed an earlier decision by Wells Fargo to close the bank account of 2020 Delaware Republican Senate Candidate Lauren Witzke. Bank of America, of its own volition, decided to track its customers who may have been at the Capitol on January 6, 2021, and report them to the FBI. Following the Capitol breach, payment processor Stripe stopped processing payments for Trump’s campaign and anyone who was at the Capitol that day.