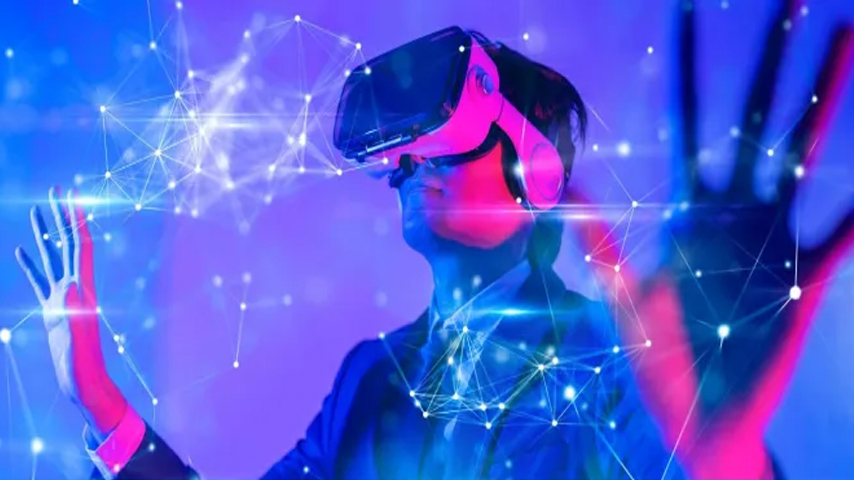 Your dystopian future is planned in the metaverse. All future schools, colleges and jobs will take place in the metaverse. What if I tell you those Covid lockdowns were a test run to see how people will behave while working from home. And now all they need is the next crisis and some predictive programming to usher in a brave new world.

Dubai’s metaverse plan targets 40,000 virtual jobs in five years. The government wants to create infrastructure and rules to hasten the adoption of these technologies as well as establish international standards for creating safe and secure platforms for users.

With a new plan, Dubai hopes to become one of the top 10 metaverse economies in the world, with the sector expected to generate up to 40,000 additional virtual jobs and $4 billion in additional GDP over the next five years, reports Money Control.

According to the state-run WAM news agency, the government wants to create infrastructure and rules to hasten the adoption of these technologies as well as establish international standards for creating safe and secure platforms for users.

The strategy, announced by Sheikh Hamdan bin Mohammed, the Crown Prince of Dubai, seeks to facilitate the government’s objective of tripling the number of blockchain enterprises in five years. According to Sheikh Hamdan, Dubai is now home to more than 1,000 enterprises working in the blockchain and metaverse industries, which generate $500 million for the local economy.

We launched the Dubai Metaverse Strategy today, which aims to foster innovation in new technology. Dubai is home to over 1,000 companies operating in the metaverse and blockchain sector, which contributes $500 million to our national economy. pic.twitter.com/J1XRmd2ub3

“The strategy emphasizes fostering talent and investing in future capabilities by providing the necessary support in metaverse education aimed at developers, content creators and users of digital platforms in the metaverse community,” WAM said.

The largest businesses in the city have already entered the metaverse. While Damac Group intends to create digital cities, Emirates has stated that it will increase the use of the technology. According to Khaleej Times, healthcare company Thumbay will launch a hospital in the metaverse for online consults over the next months.

Dubai has already made efforts to draw bitcoin firms from around the world. The city has awarded licenses to some of the top crypto and fintech companies in the world, including FTX and Binance.