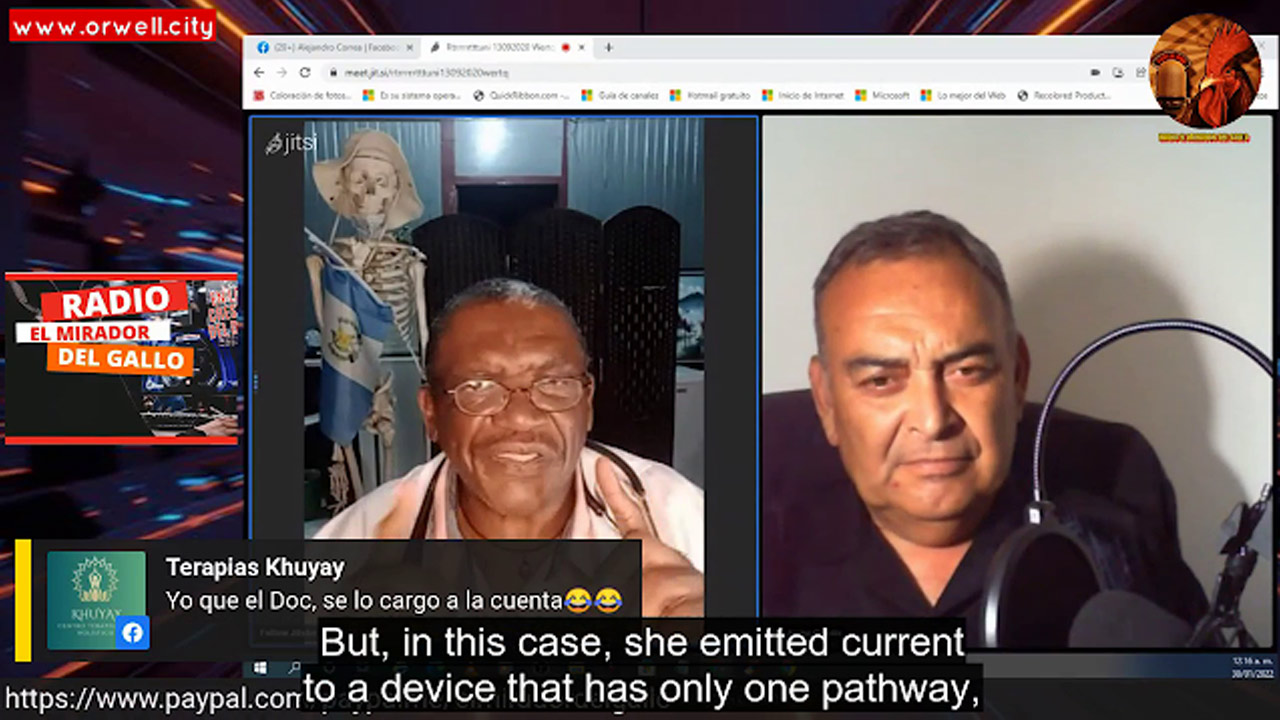 Guatemalan doctor and researcher Wilfredo Stokes shared his experience with a patient magnetized by graphene and how she emitted energy capable of burning an EMS device.

This event adds to those already reported by other professionals whose patients have had serious problems with MRIs and other tests involving electricity or electromagnetism.

Dr. Wilfredo Stokes: Something happened. And my assistant here reminds me of it. She hasn’t fallen asleep today, her eyes are open. We use a device here. Can you hand me it? That device is used to relax the back muscles. And it sends out electrical stimuli at certain frequencies that break the muscle spasms cycle. And it does it rhythmically. After 12 years of having it… It was very handy. After 12 years of having it.

And it uses what we’re looking at here, some electrodes that are placed in the back. We designed a treatment, which is part of the study I presented at the World Congress of Medicine in South Africa. People were left with their mouths open, and everyone was happy. But not because of this device. I didn’t even mention it. But because I demonstrated how to remove back pain and explained its relationship with gravity. So there are muscle spasms that cause something called scoliosis, which is a deviation to the sides of the spine.

Well, here’s my device that after 12 years of having it and working very well, we put it on a lady with graphene in her body. She was magnetized. And my device burned! It smoked! I lost my device. Caput. It died. Never happened before.

This is what my assistant reminded me of just now. “Maybe, it was just the device.”

Well, then what did I do? Well, I thanked the universe. Because, really, it could have caused the patient a heart problem. Because as these patients are magnetized they have pericarditis, arrhythmias… So it’s something we’re no longer going to do with this type of patient. We have more alternatives. Nothing happened to the lady’s heart. We checked her heart, blood pressure, and everything was normal. And none of this went any further.

But, in this case, she emitted current to a device that has only one pathway, which goes from the device to the body. It’s a part of its structure. But possibly, there was a stronger energy return, and my device burned. There it is, scorched.

So this is a real thing. I’m not generalizing, but I could warn physiotherapists about this, for example. All of us physicians have to learn to ask patients if they’re vaccinated or not. Write down how many doses they have taken. And take situations like this into account. The idea is to share information with physicians as well.