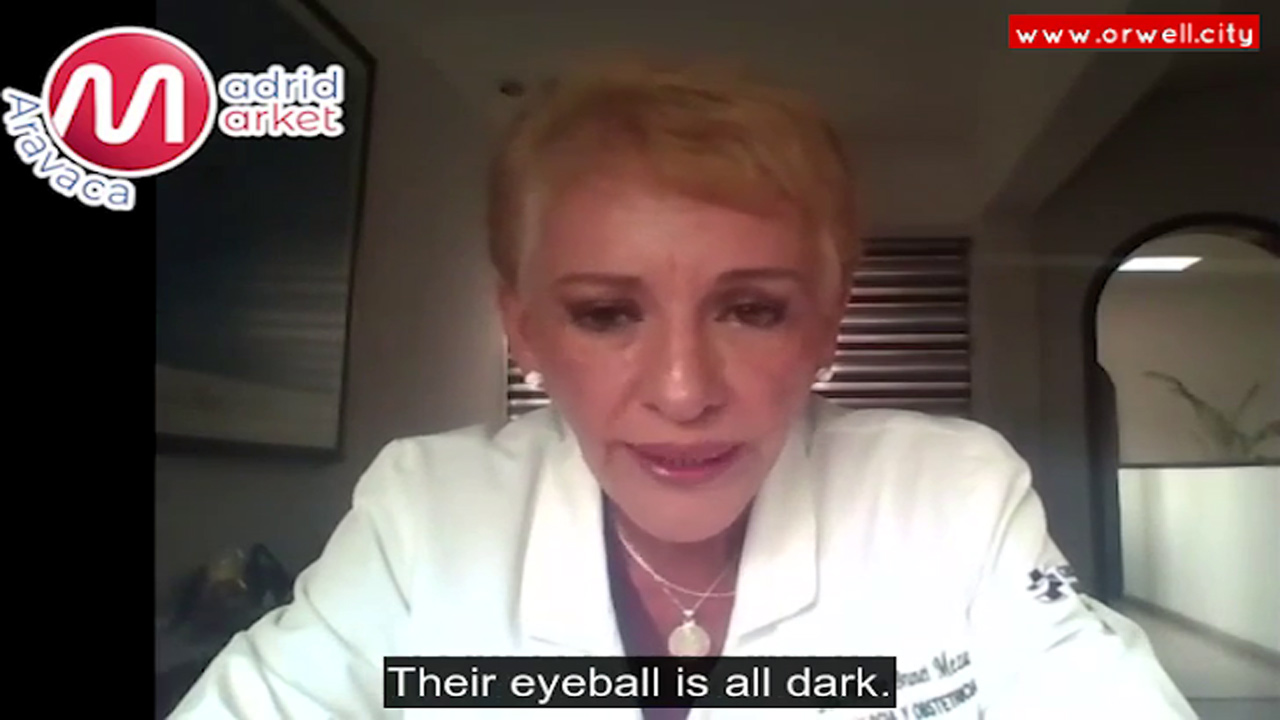 Dr. Viviane Brunet referred to the babies who are born with very particular characteristics, their black eyes being their most particular feature, in addition to the fact that they can hold their heads up at two days and walk after 2 months of age.

This is a product of the mutagenic substance that’s being injected into people.

Madrid Market: This week I also saw you in some video with children with very round eyes, very big eyes. They were practically babies, weren’t they?

Madrid Market: And what happens to them? Are they physically altered?

Dr. Viviane Brunet: Yes. Yes, that’s when we have a couple who had been inoculated before the union of egg and sperm. When they got the shot. That’s mutagenic. It produces mutations in the human genome. It’s a mutagen. When those people —that already vaccinated couple— have the conception of a new being, is when transhuman children are born with different characteristics from the normal human being. 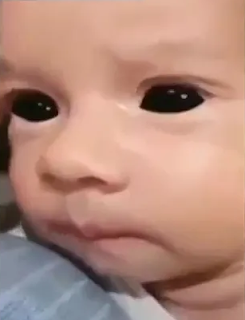 Their eyeball is all dark. They have no conjunctiva, which is the white part of the eye. They hold up their head two hours after birth. They walk when they are two months old. It’s a totally different evolution from the normal human being. And there’s a video that we’ve seen everywhere. It has gone viral. And only those who don’t do any research don’t realize it.

Madrid Market: And it’s a fact that these children are more numerous than normal, to begin with. And then, they’re the product of vaccine inoculations.

There are 6000% more abortions. Those babies that reach the term of gestation and survive, we don’t know how they’re going to live.

In fact, with a simple inoculation, many men are losing their fertility. And women are losing their normal cycles. Studies refer to 60% to 70% of them with abundant bleeding. Incapacitating. With cramps and clots that incapacitate them for their daily life. In addition to the enormous amount of endometrial and breast cancers that are being seen in inoculated women.