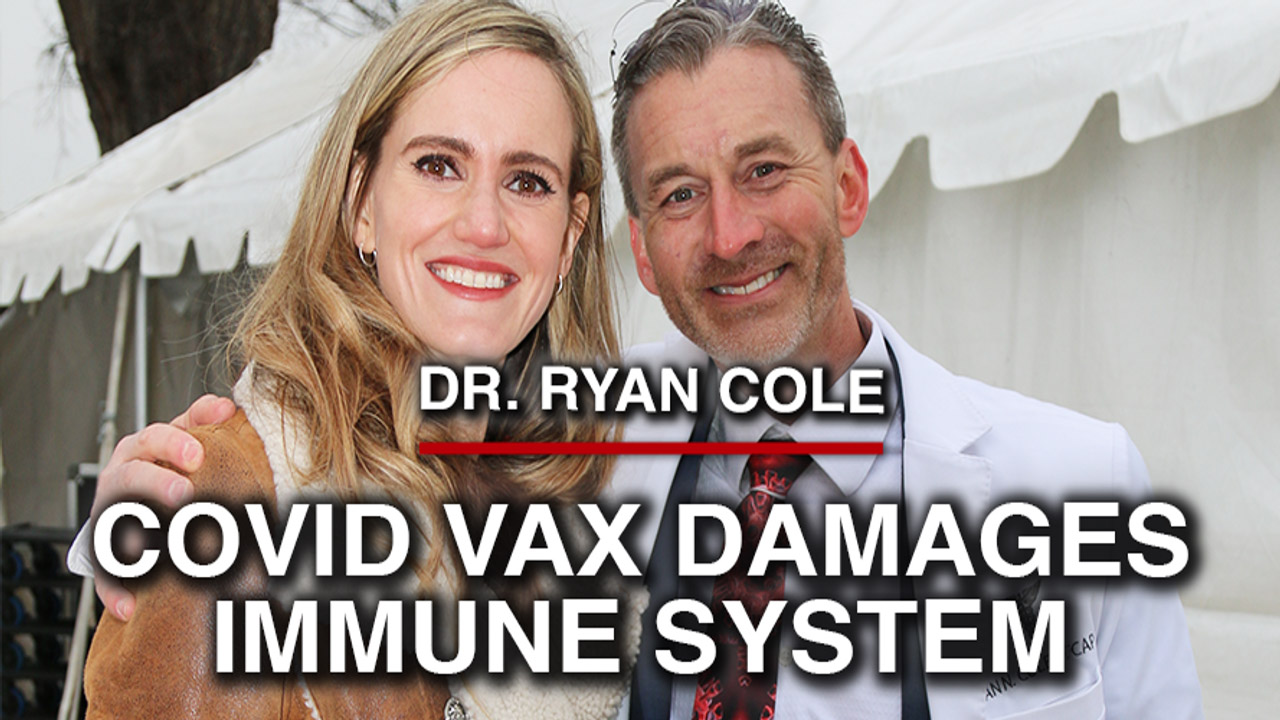 Pathologist Dr. Ryan Cole explained how the COVID-19 vaccines compromise the immune system. The CEO and medical director of Idaho-based Cole Diagnostics said the SARS-CoV-2 spike protein used in the shots attacks receptors in the human cells that identify healthy cells from disease-causing ones.

“They still are telling people to get a booster. It’s a spike protein that [is] toxic to the human body, causes the same disease as the virus and is predisposing people to auto-immune attacks and potentially short-term cancer risks,” he told New American contributor Veronika Kyrylenko during the Defeat the Mandates rally in Washington, D.C. on January 23.

Cole said that he initially saw viral skin lesions, which are commonly found in children, developing in adults. As time passed, he encountered many biopsies and noticed a trend. There was an uptick in women’s cancers – including endometrial and cervical cancers – in older individuals.

“After I reported those, I have tons of oncologists coming forward and saying ‘Yeah, I’m seeing the weird cancers – [those] we’ve been able to keep in check and treat – taking off like wildfire.’ That’s because of the immune dysregulation that these shots cause.”

According to Cole, human cells have so-called toll-like receptors (TLRs) that classify whether a foreign object in the body is harmful or not. “When the [COVID-19] shots go into the body, they turn some of these [TLRs] off. Normally, they have to be on,” he said.

The pathologist added that when the vaccines turn off some of these TLRs, the immune system’s alert mechanism is compromised as a result. TLR7 and TLR8 are in charge of detecting viruses, while TLR3 and TLR4 are responsible for keeping cancer in check.

Furthermore, he pointed out that the SARS-CoV-2 spike protein binds to the P53 gene – the so-called “guardian of the genome” – which suppresses tumors. The spike protein’s S1 subunit also binds to the TMPRSS-2 gene linked to prostate cancer in men and the BRCA genes linked to breast cancer in women.

“We’re giving a shot that makes a spike protein. That’s a toxin that triggers cancer genes in bad ways and turns off other pattern receptors,” Cole told the New American contributor. “We don’t know how long the immune system is suppressed after these shots and how long these receptors are shut off – because those studies aren’t done.”

“We’re doing something randomly to billions of people as an experiment. There is not one approved [COVID-19] shot present and available in the United States. Everybody that’s getting a shot is still in a giant scientific experiment. We vowed never to do this again to humanity in 1947 at the Nuremberg trials. We would never experiment on humanity without informed consent again,” said Cole.

“It’s insanity that we’re trudging forward [with vaccination] when we know the vaccines are leaky. They don’t stop transmission [and] disease. People that are getting the shots are literally dying from all causes at higher rates than those that don’t get it. The all-cause mortality is now higher in the vaccinated group than [in] the unvaccinated group. We have lost our collective medical minds for money.”

Cole’s remarks to Kyrylenko during the rally in D.C. echoed the sentiments he voiced out during the August 2021 White Coat Summit, organized by America’s Frontline Doctors. He denounced the “insanity” and called to stop the “poisonous attack on [the] population” through the vaccines.

Cole ended his interview with Kyrylenko with three messages for Americans.

“No. 1: Don’t be afraid. Fear is the real pandemic. [No. 2]: Do take care of your immune health. The best doctor you will ever have is inside your own skin, but it’s up to you to choose health. [No. 3]: The shots are expired. Do not put this poison in your body and, whatever you do, don’t put it in your children’s body.”

Dr. Ryan Cole talks about how vitamin D, not vaccines, is the key to fighting COVID-19

Watch the video below of Cole’s interview with Kyrylenko.

Is the spike protein destroying tolerance itself?