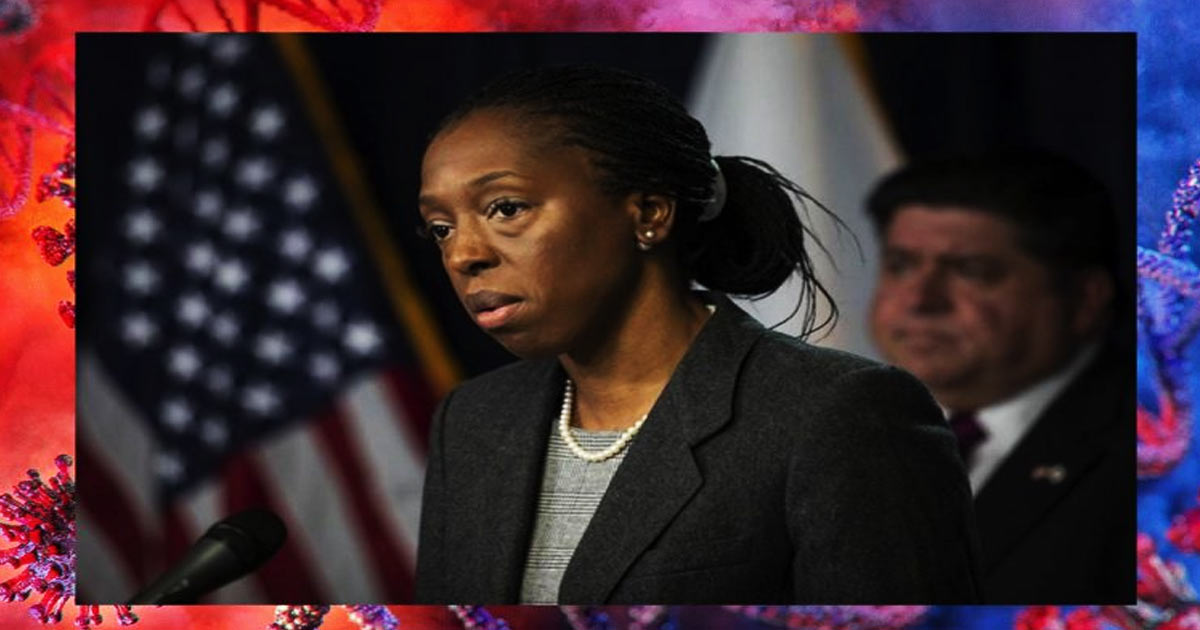 e live in a world full of conflicting information, not to mention a digital authoritarian “fact-checker” that is labelling news that is well sourced as “false” if it’s a narrative that seems to threaten the one that’s beamed out by mainstream media.

Not only is information being heavily censored these days, but so are opinions. One example I recently wrote about was Dr. Ron Paul, who had his opinion on the coronavirus pandemic deemed “fake.”

How can an opinion be fake? What’s really going on here? Why are independent media outlets being censored, demonetized and flagged? Why are people like Julian Assange in jail?

When it comes to the deaths that have been caused by COVID-19, mainstream media points out that “Many experts believe the number of deaths linked to the novel coronavirus in the U.S. is likely higher than the figures available — due to factors such as an insufficient number of tests and inconsistent reporting across locales.”

According to Factcheck.org, “One Facebook user has claimed the opposite, erroneously suggesting the count is being inflated by unrelated deaths, and copies of that claim have gone viral on the social media platform” and the idea that deaths are being miscalculated and in the opposite direction of what mainstream media is claiming, is false.

They point out that “The CDC advises that officials should report deaths in which the patient tested positive for COVID-19 — or, if a test isn’t available, “if the circumstances are compelling within a reasonable degree of certainty.” It further indicates that if a “definitive diagnosis cannot be made … but it is suspected or likely … it is acceptable to report COVID-19 on a death certificate as ‘probable’ or ‘presumed.”

New York State recently added 3700 people to the deaths recorded from COVID19 because they were presumed, none of them were tested at all for the virus. (source)

But what are other experts saying? While some, as illustrated above, believe that the number of deaths linked to the virus, more specifically in the U.S. is likely higher, others believe that it’s actually lower.

For example, Dr. Ngozi Ezike, Director of the Illinois Department of Public Health, recently pointed out that all people who pass away and test positive for COVID-19, regardless of the cause of death, means that the death will be marked as a COVID-19 death. Would this not add a number of deaths to the COVID-19 death count unnecessarily? What we are being told is that if someone dies of a heart attack, for example, it may be counted as a COVID-19 death.

“If you were in hospice and had already been given a few weeks to live and then you were also found to have COVID, that would be counted as  COVID death, despite if you died of a clear alternative cause it’s still listed as a COVID death. So, everyone who is listed as a COVID death that doesn’t mean that was the cause of the death, but they had COVID at the time of death.” (source)

She makes it quite clear that all deaths that have been listed as a COVID death may have not been caused by COVID, and this is a point that seems to be ignored by mainstream media, while they push the other narrative that COVID deaths may actually be higher as many go unreported.

This could also be the case. Who knows? Perhaps it’s a mix of both? At the end of the day, discussion, information and evidence should not be shut down and censored. It should be made available for anybody who desires to explore.

Below is some information I’ve compiled and put into previous articles, which are linked at the end of this article. I thought it would be a good idea to re-iterate a bit of it here as it relates.

An article written by John Lee, a recently retired professor of pathology and a former NHS consultant pathologist raises some interesting questions. He published  it in The Spectator, and in it he writes:

If someone dies of a respiratory infection in the UK, the specific cause of the infection is not usually recorded, unless the illness is a rare ‘notifiable disease’. So the vast majority of respiratory deaths in the UK are recorded as bronchopneumonia, pneumonia, old age or a similar designation.

We don’t really test for flu, or other seasonal infections. If the patient has, say, cancer, motor neurone disease or another serious disease, this will be recorded as the cause of death, even if the final illness was a respiratory infection. This means UK certifications normally under-record deaths due to respiratory infections.

Now look at what has happened since the emergence of Covid-19. The list of notifiable diseases has been updated. This list — as well as containing smallpox (which has been extinct for many years) and conditions such as anthrax, brucellosis, plague and rabies (which most UK doctors will never see in their entire careers) — has now been amended to include Covid-19. But not flu. That means every positive test for Covid-19 must be notified, in a way that it just would not be for flu or most other infections.

In the current climate, anyone with a positive test for Covid-19 will certainly be known to clinical staff looking after them: if any of these patients dies, staff will have to record the Covid-19 designation on the death certificate — contrary to usual practice for most infections of this kind.

There is a big difference between Covid-19 causing death, and Covid-19 being found in someone who died of other causes. Making Covid-19 notifiable might give the appearance of it causing increasing numbers of deaths, whether this is true or not. It might appear far more of a killer than flu, simply because of the way deaths are recorded.

An article recently published by the Financial Times points out,

In the UK, about 150,000 people die every year between January and March. To date, the vast majority of those who have died from COVID-19 in Britain have been aged 70 or older or had serious pre-existing health conditions. What is not clear is how many of those deaths would have occurred anyway if the patients had not contracted COVID-19.

Speaking at a parliamentary hearing last week, Professor Neil Ferguson, director of the MRC Centre for Global Infectious Disease Analysis at Imperial College London, said it was not yet clear how many “excess deaths” caused by coronavirus there would be in the UK. However, he said the proportion of COVID-19 victims who would have died anyway could be “as many as half or two-thirds”.

An article published in Psychology Today written by Robert Bartholomew Ph.D, points out that,

Professor Walter Ricciardi, an advisor to the Italian Health Ministry, observes that the high death rates there may reflect the way that deaths are recorded. “The way in which we code deaths in our country is very generous in the sense that all the people who die … with the coronavirus are deemed to be dying of the coronavirus,” he has said.

“On re-evaluation by the National Institute of Health, only 12 percent of death certificates have shown a direct causality from coronavirus, while 88 percent of patients who have died have at least one pre-morbidity—many had two or three” (Newey, 2020). Pre-morbidity refers to having serious health issues prior to the onset of a disease.

According to another study out of Italy, 99% of Italy’s coronavirus fatalities that were examined specifically for this study were people who suffered from previous medical conditions. More than 75% had high blood pressure, about 35% had diabetes and a third suffered from heart disease. The study provides inside as to why their death rate may be much higher compared to other countries.

So, as you can see, this is where we are at and the idea that deaths are being miscalculated on the high side as well, is far from fake news.

Infection Rates May Be Much Higher, Driving The Case Fatality Rate Much Lower

Other good news is that the the infection rate, according to multiple studies, is much higher which seems to be driving the case-fatality rate down. A new study by 17 researchers representing Stanford University School of Medicine recently made this point. You can read about that and access that study here.

USC and the Los Angeles County Department of Public Health recently released early results from an ongoing study they are conducting on COVID-19. They determined the infection rate in LA is far higher than previously thought.