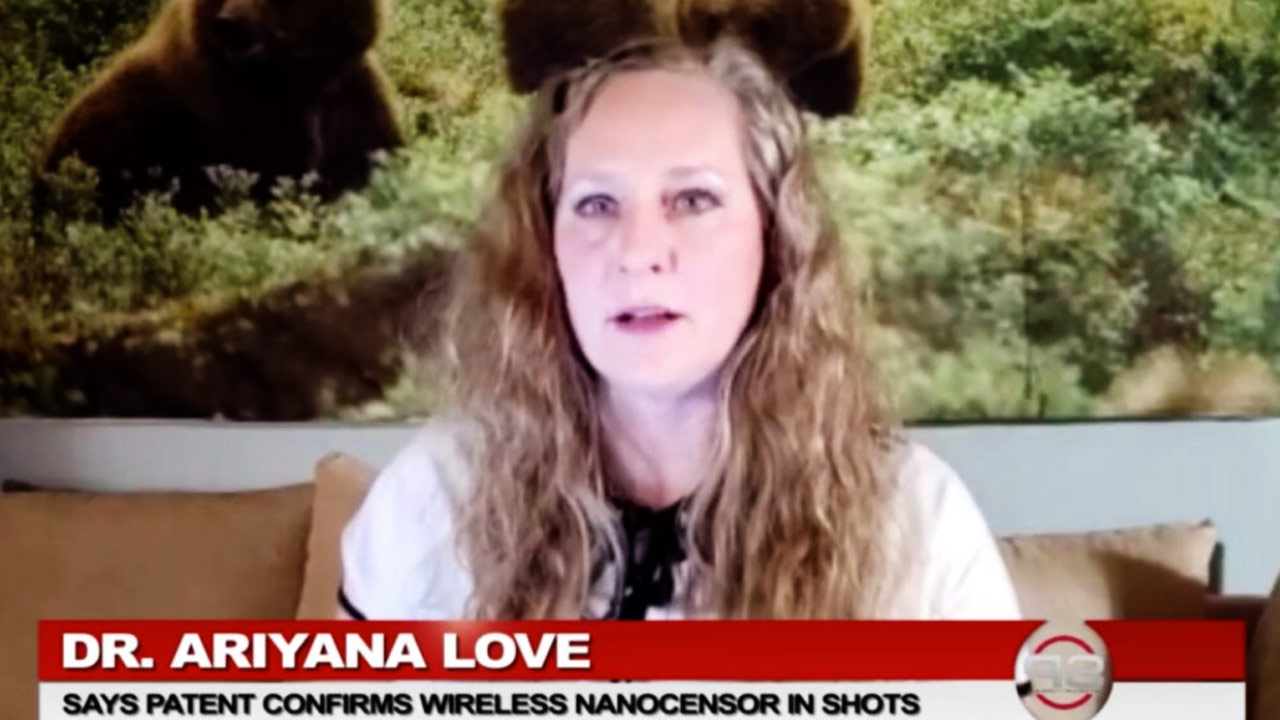 In my latest interview with Stew Peter’s, I brought evidence confirming that Dr. Andreas Noack, the good doctor who risked his life to warn humanity of the extreme dangers of the death jab, is in fact deceased.

You will see an individual Microsphere releasing its payload of nanoscale Graphene Hydroxide which looks exactly like razorblades when zoomed in on the individual shiny specs. See more images here.

An English translation of this video can be found in the article entitled, Dr. Ariyana Discusses Nano-Biosensors/Nanorazors and Dr. Noack’s Death After He Located Graphene Hydroxide in the COVID Vaccine.

Microspheres and Microbubbles are micrometer size devices approximately equal in size to a red blood cell, according to the NIH. That’s about the width of human hair.

Microspheres and Microbubbles are made from Poly(lactic-co-glycolic) acid (PLGA). PLGA is a copolymer made from Graphene Oxide (GO). Graphene Oxide-PLGA nanofibers are used in a host of Food and Drug Administration (FDA) approved “therapeutic” devices. However, the ingredients of these devices are cytotoxic, meaning they destroy cells.

Graphene Oxide PLGA Toxicity induces an inflammatory response and deadly cytokine storm reaction, according to animal studies. The FDA should be investigated for this.

Microspheres are coated with gold nanoparticles. Microspheres are used for scaffolding, which is artificial tissue engineering inside the Human body. PubMed writes, “Scaffolds are materials that have been engineered to cause desirable cellular interactions to contribute to the formation of new functional tissues for medical purposes. Cells are often ‘seeded’ into these structures capable of supporting three-dimensional tissue formation.”

This technology is being used for DNA-based tissue engineering and “scaffolding” of Humans, without their Informed Consent. See more scaffolding images from a Slovakian study of the death jab, here.

Microbubbles contain one or more “viral vectors coding CRISPR-Cas-9 system“. It’s a “state-of-the-art” drug and chemical delivery method. They contain lab-enhanced chimeric proteins of the messenger RNA/DNA. Microbubbles have lipid and nickel-coated quartz substrates. They contain a drug and chemical payload in the outer, lipid-coating, and another payload on the inside.

This gene delivery technology was funded and developed for the purpose of treating sick people, not healthy people. It was intended to be used as a treatment for cancer, not as a medical intervention for our healthy kids.

The Microbubble and Microsphere devices carry the drug and chemical payloads for the controlled release of encapsulated DNA. Its targeted drug delivery can be unloaded over an extended period of time. This is very important to understand. They can be formulated for “sustained release” and programmed to release their payload at a later date, over a period of days, weeks, months, or years, as the Moderna patent specifies.

Atomic-scale nanometer devices called Quantum Dots and Microbeads, are also components of the death jab weapons system. They are found in the Pfizer and Moderna patents.

These nanoscale technological devices are 1000 times smaller than a micrometer. Quantum Dots have nothing to do with plastic particles, these are carbon-based nanocrystals, 10-50 atoms thick, and made from Graphene.

Quantum Dots are used for DNA barcoding of Humans using CRISPR-Cas-9 technology. They are superconductors made for bio-imaging and bio-tracking of Humans. They too were developed for “therapeutic” use, to eradicate cancers, not to enslave Humans.

Quantum Dots are artificial, color-based, bioluminescent marker genes. They use three colors taken from the enzymatic proteins of insects (Luciferase), glow worms, and jellyfish. The chimeric proteins are being barcoded onto Human genes to make them trackable, programmable, and encoded, so Human cells will light up, enabling the NWO oligarchs to monitor your every move.

I discussed Quantum Dots and more with Stew Peters on December 9th, 2021.

One of the Microbead patent US20110017493A1 also verifies that they’re carbon-based (made from Graphene) and specifies that it’s used to create molecular barcodes in Humans.

Thermo Ficher has a Microbead patent ES2784361T3/en. Their website also markets the Microbeads as Dynabeads and SPIONs. See SPIONS here.

This technology was developed at the Hebrew University in occupied Jerusalem. The Quantum Dot patent WO201413562A1 is owned by Yissum, a Hebrew University company owned by the Israeli state and co-owned by Nanosys, a Silicon Valley-based company. These two companies are sublicensing the technology, worldwide.

Yissum business partners include Google, Intel, Johnson & Johnson, Merck, Microsoft, and many more, while Samsung has a partnership with Nanosys.

Is it clear to you now who it is that has the greatest vested interest in branding and enslaving Humans like cattle? The cloning of insect DNA (Luciferase) into Humans is called cross-species genomics. This is the process of manually adding DNA from insects into Humans by transfection, a process is also known as cloning, in order to change the genetic makeup of cells. It works by deleting one or more genes from the Human host and encodes Human cells to express the new genetic trait of an insect. Is that what you want to become?

Dr. Pablo Campra mentioned that nano-bio sensors are in the death jabs. They can be found in the DARPA patent US7427497B2/en which lists “T-shaped micro-fluidic Biochips”.

Hydrogels contain the entire mRNA weapons system. They need us saturated with their cloning technology in order to succeed in genetically modifying Humans to the point of patent eligibility. They will do so by injections, masks, nasal swabs, hand sanitizer, aerial spraying, and any other means necessary to achieve their end goal.

Ethylene Oxide in masks and on PCR swabs, is in fact Graphene Oxide, Poly(ethylene oxide) Graphene Nanoribbons. The bad news is that Fauci and the NIH funded mRNA nanotechnology which is skin-penetrating and can be dispensed via aerial spraying, as reported by InfoWars. The good news is this weapons system can also be expelled through the skin if you know how to properly detox. The key to protecting yourself from this biological attack is to boost your immune system and remain on a continued Protocol.

There is a special natural supplement that disables the operating system, kills the parasites, and removes Graphene and other metals, effectively expelling them from your body. This supplement increases endogenous glutathione by 800%, repairs damage to your cells and to your DNA, and turns genes on, according to scientific research. This medical breakthrough is being used now by doctors who are able to reverse the coagulation cascade in just minutes. You will find this supplement in my Protocol here.