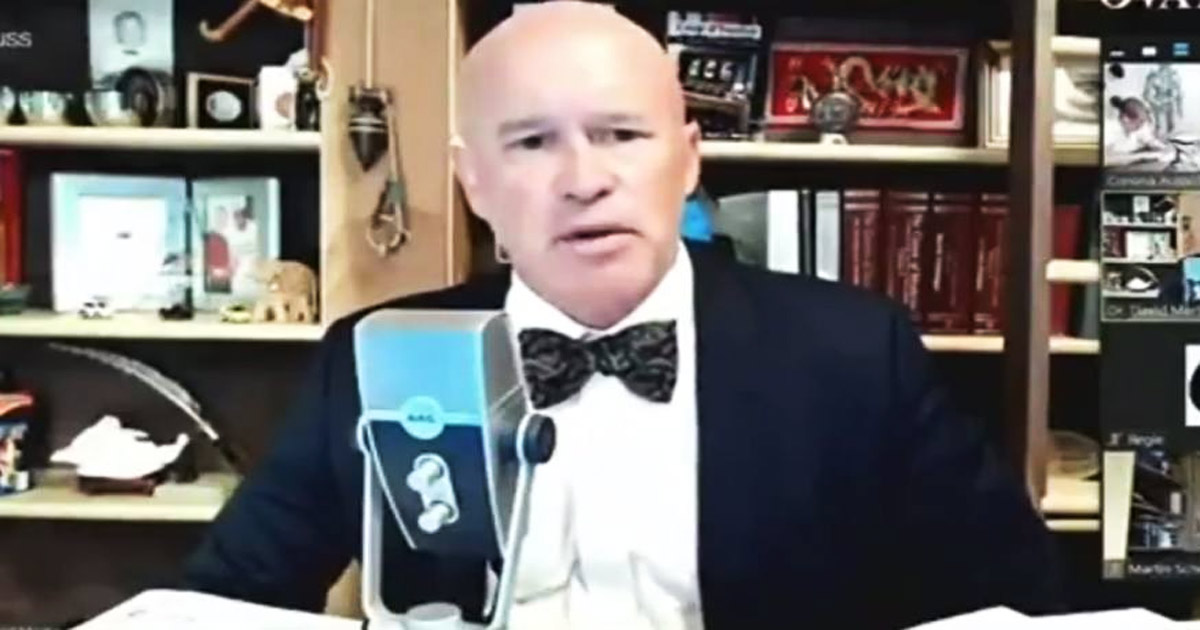 Dr. David Martin was recently interviewed by Attorney Reiner Fuellmich who is seeking to bring criminal charges against crimes committed during the COVID-19 Plandemic.

The full interview is nearly 90 minutes, and I have received numerous emails from subscribers to Health Impact News alerting us to this interview.

Most of the comments I have seen in reference to this interview have been mentioning that Dr. Martin reveals that there have been patents on the Sars Coronavirus since the late 1990s, which is actually “old news” since he revealed that last year in Mikki Willis’ film, “Plandemic.”

If you have not watched that documentary yet, it is MUST viewing:

Mikki Willis did the world a huge favor by releasing this film to the public, free of charge. So I like to always give him credit where credit is due because so many people have copied clips from his work without giving him the proper credit.

I have now been able to view the interview with Dr. Martin, and of course, we can always depend upon Dr. Martin to provide new and current information. Here are some of our previous articles featuring Dr. Martin’s very excellent work if you are not yet familiar with him:

Dr. David Martin Exposes the False Foundation of Eugenics: “You Don’t Have DNA”

Dr. David Martin on Experimental mRNA COVID Vaccines: This is NOT a Vaccine! It is a Medical Device

In this interview with Attorney Reiner Fuellmich, Dr. Martin goes into detail about how the patents for Sars coronaviruses existed before any “outbreaks,” as did the patents on “spike proteins” to produce vaccines. They precede the current COVID-19 virus by 20 years.

The original research into these vaccines was for veterinary purposes, rabbits and canines, and then was used in 2002 and later by Anthony Fauci and the U.S. National Institute of Health for AIDS vaccine research. DARPA then got involved for applications as a “bioweapon.”

When Anthony Fauci originally tried to get a patent on an mRNA vaccine for HIV, he was rejected by the patent office, because his mRNA vaccine did not meet the legal definition of a “vaccine.”

It is a biological weapon.

And as far as the current “Delta variant”?

Click on the clip below to hear Dr. Martin’s response.

This is from our Bitchute channel, and it should also be available shortly on our Rumble channel.

I don’t know where the original video was published. If anyone knows, please contact me and let me know so we can give proper credit.

The 90+ minute versions are all over the Internet. If you do a search on Bitchute, for example, you find multiple copies. The full interview is well worth watching.

How long until New World Order with the present scenario?