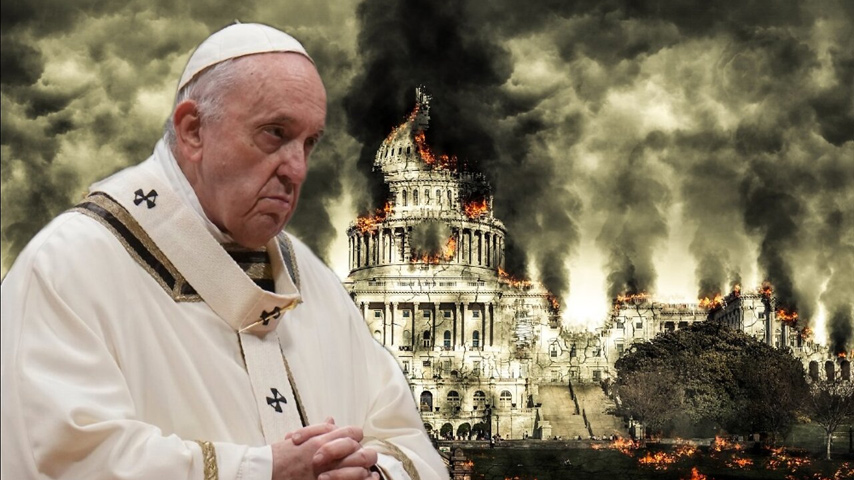 There’s a conspiracy afoot. Many if not most people know it even if a majority choose to turn a blind eye to such things. The term “conspiracy theory” has been turned into a pejorative, but the reality is this. There are people conspiring against us and until all the facts are known, all we have are theories.

I heard an interesting theory while interviewing Dr. Bryan Ardis, C.D., on the latest episode of The Midnight Sentinel. In it, he claims that all of the known powers driving Pandemic Panic Theater, from the Chinese Communist Party to Bill Gates to Joe Biden, are all doing this on orders from Pope Francis.

Dr. Ardis began by explaining the circumstances that brought him to become one of the top people exposing Pandemic Panic Theater. He was driven by a personal experience to examine what our healthcare industry was doing to patients. While looking into everything, he learned that hospitals are being pushed by the government to disavow demonstrably effective Covid treatments in favor of drugs and procedures that actually kill their patients.

The government had hospitals avoid early treatment, push Remdesivir, and go to ventilators as quickly as possible. According to Dr. Ardis, this was designed to kill people.

The obvious question then becomes, “Why?” What could possibly be driving our own government to do things that work against sound medical understanding? When the science says one thing but hospitals are told to do something different, there has to be a nefarious actor behind it all. According to Dr. Ardis, that nefarious actor is Pope Francis.