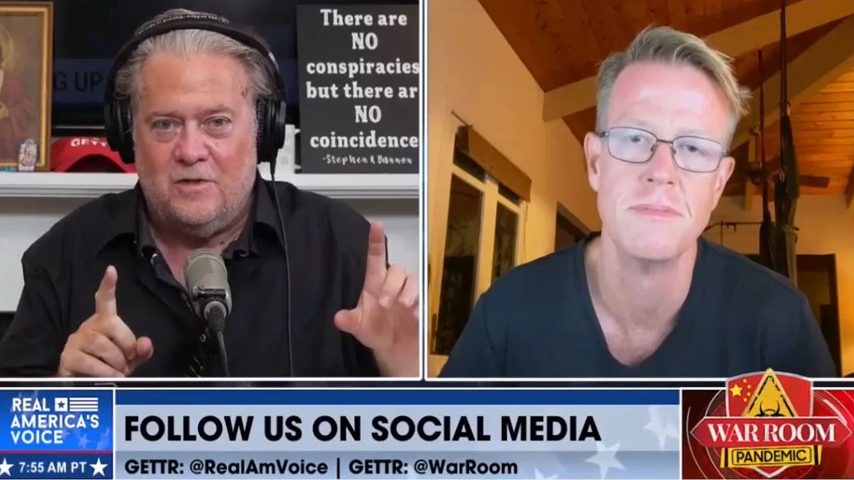 Ed and Steve discussed the seriousness of the economic crisis facing America today.

Ed Dowd: The feds have been fighting deflation since the tech bubble burst and that’s what they’ve been doing. It’s a disaster. And they’ve gotten to the point where the tyranny of the bond math is such that they can’t raise interest rates without collapsing the whole system.

Steve Bannon: Let me say this a different way. We’ve propped up assets. This is what Obama did with the financial market crash. Right? So you have asset deflation at the same time you have runaway, maybe even getting to hyperinflation. At least, inflation out of control. On top of a China supply chain collapse that’s been brought about over policies over 40 years. And on top of it you have this radical green new deal thing that they’ve killed energy. Those four converging forces are what is making this unique… The scale of this problem has never been addressed anywhere. This is going to make 1932 look like a church picnic.

Ed Dowd: I think you’re going to see the long bonds start to come in yield-wise up in price. That will be the first indication that the economy is starting to really collapse. Then short term interest rates will follow after that. The Fed will jump in saying they’re fighting inflation and maybe raise rates one or two more times… They can’t raise rates. They’re trapped. And that’s why a new monetary system is coming.

Steve Bannon: …What they turned out to get wrong as they consolidated wealth was these policies and how these policies work against each other. we’re in a jam. So when you say a new monetary policy is going to collapse. Because ladies and gentlemen, in the collapse, unless we change the politics of this nation you in this audience and your children will be the collateral damage. This is why Trumpism, nationalism, and economic populism is the only solution for the nation. They’re is not another solution.

Ed Dowd: …I suspect all of this monkeypox nonsense and all of these variants we’re going to see in the fall election are going to be designed to provide cover for the economic collapse.

Via The War Room.

Dr. Bryan Ardis Believes Pope Francis Is Behind Covid and the Jabs