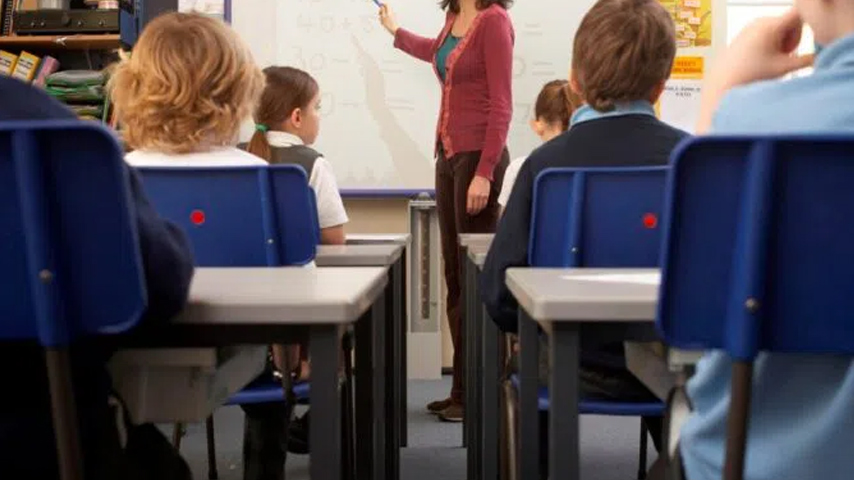 A Texas public school teacher has been caught on tape telling students not to judge MAPs “just because they want to have sex with 5-year-olds.”

According to the teacher, students should not use the word “pedophile” to describe adults who are sexually attracted to children because it’s an offensive term that could hurt their feelings. “We’re going to call them MAPs – minor-attracted persons,” the teacher said, obviously irritated.

⚠️ English teacher at Franklin HS in El Paso, TX reportedly instructs students to not judge someone “just because they want to have sex with a 5 year old,” and tells them to call them "Minor Attracted Persons” instead ‼️

The case for homeschooling grows stronger every day. pic.twitter.com/YiIt6aN3nW

“This is pure evil. Schools should be a safe place for children to learn about math and history, not whatever this is. Groomers must go,” Texas Family Project commented.

Make no mistake, the movement to normalize pedophilia is gaining steam.

Governments across the world, operating under the control of the World Economic Forum, are waging war on our children. Klaus Schwab’s Young Global Leaders are systematically attempting to normalize pedophilia and decriminalize sex with children across the world.

It’s happening right before our very eyes and the mainstream media are complicit in their silence.

Last month in Jacinda Ardern’s far-left New Zealand, a judge declared that 12-year-old children can consent to sex with adults. No need to hit rewind. You heard me correctly. The case in question featured a 45-year-old man whose defense centered on the claim that his 12-year-old victim “wanted it.” According to the middle-aged man, the 12-year-old girl pressured him for sex.

“I know she was a child but the way she came to me was like a mature woman. I refused her but she kept coming back to me. She truly wanted to do this,” the 45-year-old said of the child who was 12 at the time.

In the final days of the trial, Judge Earwaker addressed the issue of consent for a person under 16 years, according to a New Zealand Herald report:

“Legally, a person under 16 cannot give consent for charges of indecent acts, therefore as a jury, all you need to decide is if the indecent acts took place,” he said.

Then came the kicker. The judge told the jury:

“But as for sexual intercourse, a person under 16 can give consent. You need to consider whether or not the consent was given based on the evidence you have.”

On Monday, Judge Earwaker closed the trial, urging the jury to stay “utterly dispassionate” when judging whether the Crown prosecution had proved its case or not. Keep in mind, that we are talking about a man who confessed to having sex with a 12-year-old and justified it on the grounds she “wanted it.”

“It is not enough for the Crown to persuade you that he is most likely guilty, it needs to be beyond a reasonable doubt.”

Scary times in New Zealand. But are you surprised? We are talking about a far-left authoritarian state, led by Young Global Leader Jacinda Ardern, where citizens are being told to put their total trust in government.

But they are not the only ones.