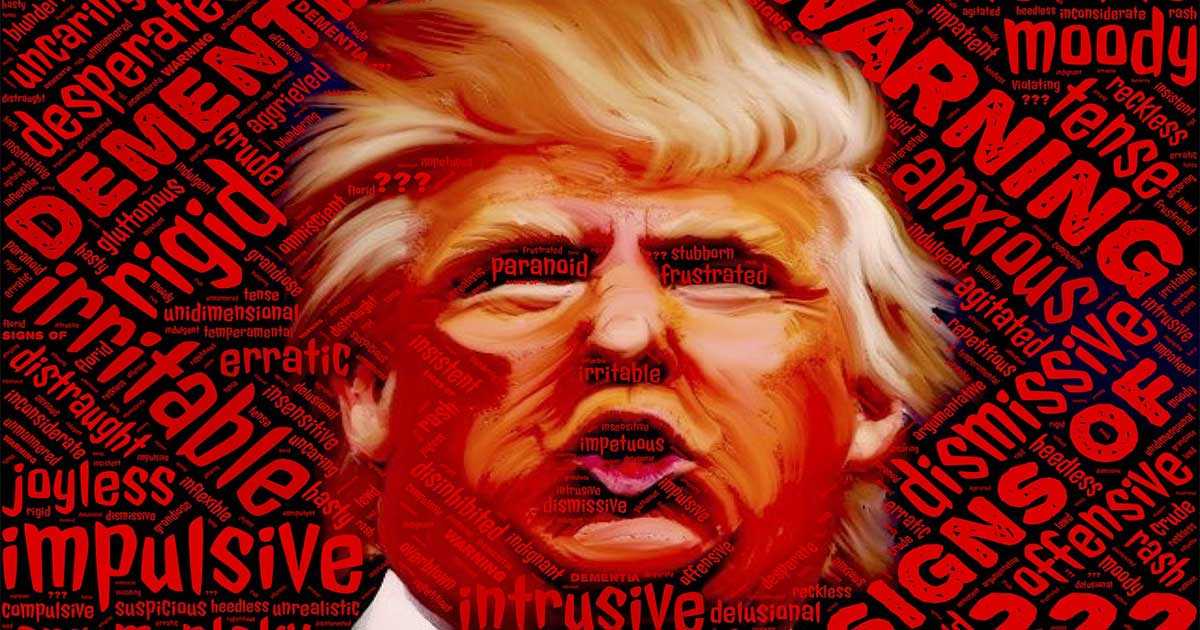 People who should know better, like Kevin MacDonald, think Donald Trump is some kind of savior. The article below reveals Donald Trump is a longstanding member of the satanic Masonic Jewish conspiracy: “Donald Trump is nothing less than a sideshow and a counterfeit medieval medicine man offering cheap miracle and ILLUSIONARY fixes for America’s problems here and abroad.”

Jewish opposition is designed to give Trump credibility, as in the banker coup ruse of 1932.

“A Jew was not created as a means for some other purpose; he himself IS the purpose, since the substance of all divine emanations was created ONLY to serve the Jews.”  Chabad Lubavitch leader, “The Great Rebbe” Rabbi Menachem Mendel Schneerson

“The only [candidate] that’s going to give real support to Israel is me,” said Donald Drumpf. “The rest of them are all talk, no action. They’re politicians. I’ve been loyal to Israel from the day I was born. My father, Fred Trump, was loyal to Israel before me.”[51]

Donald’s father Fred moved in the circle of a corrupt powerful New York political fixer and power broker attorney, Abraham (Bunny) Lindenbaum. Or Bunny moved in Fred C. Drumpf’s circles. They were more than just client and attorney. The two were joined at the hip. Bunny’s first retainer came from Fred C.[27]

Fred and Bunny were political insiders of [Masonic] Tammany Hall through Brooklyn’s Madison Club.[28] Tammany Hall, also known as the Society of St. Tammany, the Sons of St. Tammany, or the Columbian Order, was a New York City Democratic political machine entangled and mired in racketeering, corruption, graft and patronage.[29]

Don didn’t go into how or why his father had been so loyal to Israel since the day he was born (1946), but his close personal association with Bunny Lindenbaum may provide some answers. Bunny Lindenbaum was an orthodox and fanatical Zionist Jew. He was president of the Brooklyn Jewish Community Council, and the Brooklyn Jewish Center (BJC). The BJC is connected directly to United Synagogue of America, the World Zionist Congress, United Jewish Appeal, National Jewish Welfare Board, and the MOSSAD.[52]

Bunny Lindenbaum, and his son, Sandy Lindenbaum were high priests of the secret ultra orthodox Lubavitch Movement and the Educational Institute Oholei Torah, the Flagship school of Chabad – Lubavitch, it owns the BJC edifice.[53] Basically, the Chabad Lubavitch Movement is connected with the Ancient Babylonian Talmudic Pharisaic Universal Noahide Laws of Nimrodic God Baal. The Babylonian Talmudic High Priests of the Order of the Pharisaic sun god worshippers of Baal are known as the Mystical Hassidic Chabad Lubavitch.[54]

Rabbi Louis Finkelstein, the head of the Jewish Theological Seminary of America in 1943, writing in the Universal Jewish Encyclopedia, “Pharisaism became Talmudism …the spirit of the ancient Pharisee survives unaltered. When the Jew studies the Talmud, he is actually repeating arguments used in the Palestinian academies.” [55] In other words, the Talmudic Lubavitchers are reborn Pharisees. Many Pharisees belonged to the Jewish occult group, the Satanic “Cabal”.[56]

According to the Chabad Lubavitch radical theology, the non Jew “infidels” must be exterminated, adding “may the name of the wicked rot.” Among them was Jesus of Nazareth.

They claim that while the Jews are the “Chosen People” created in God’s image, the Gentiles do not have this status and are effectively considered subhuman.” [57] The Chabad are allowed to exist as a powerful international force because they serve Israel in two ways: working with Mossad in intelligence and criminal activities, and a source of extremist ideology to fuel Zionist crimes. It was also a scheme to permanently alienate, divide and polarize the races.[58]

Bunny Lindenbaum BJC’s United Jewish Appeal assisted Jewish refugees arriving in the United States.[59] His BJC’s World Zionist Congress collaborated with the Nazis to allow a limited number of Jews to emigrate to other countries.[60]

Bunny Lindenbaum presided over New York Major Robert Ferdinand Wagner, Jr.’s city planning commission.[44] Mayor Wagner’s mayoral administrations from 1954 to 1965 had been for the most part of the Tammany Hall rackets.[45],[46] In 1954, Scandalous Fred C. was the subject of a Senate Banking, Housing and Urban Affairs Committee investigation for being involved in widespread corruption in the federal Housing and Urban Development Department (HUD),….

Lindenbaum and Scandalous Fred C. [Trump] were clandestinely using HUD and state funds to build a haven and Jewish power base in Brooklyn for eastern European Mystical Hassidic Chabad Lubavitch Jews at enormous and substantial profits at the taxpayers’ expense.

Today, Chabad is among the world’s largest Hasidic groups, and it is the largest Jewish religious organization. The vast network of Chabad institutions have placed the movement at the forefront of Jewish communal life today.[65] A spokesman for the Chabad-Lubavitch Chassidic movement says the sect is ZIONIST in its support for Israel.[66] Fred and Bunny were secretly working with SS Baron Otto Albrecht Alfred von Bolschwing, Israeli Defense Force (IDF), MOSSAD and the newly formed CIA…..

However, Bunny Lindenbaum and his father ran the largest and most costly corporate welfare fraud-embezzlement system in this nation’s history. Primo Don is a product of that corporate welfare bread line straight out of state and federal treasuries. His shit don’t stink. Any notion that Primo Donna Donald is a self made billionaire is a fallacy and grand ILLUSION.

What we know is that the surname Kober is German and Jewish (Ashkenazic): from a derivative of the personal name Jakob or Yakov. German and Jewish (Ashkenazic): from German Kober “basket”, Middle High German Kober, hence a metonymic occupational name for a basket maker or perhaps a nickname for someone who carried a basket on his back.[18] The Kallstadt, Pfalz – Rhineland-Palatinate area where they lived in Germany comprised the Jewish communities of Mainz, Speyer and Worms became the center of Jewish life during Medieval times.[19]

Cemetery Of The Gods: Ancient Race Of Nephilim Discovered