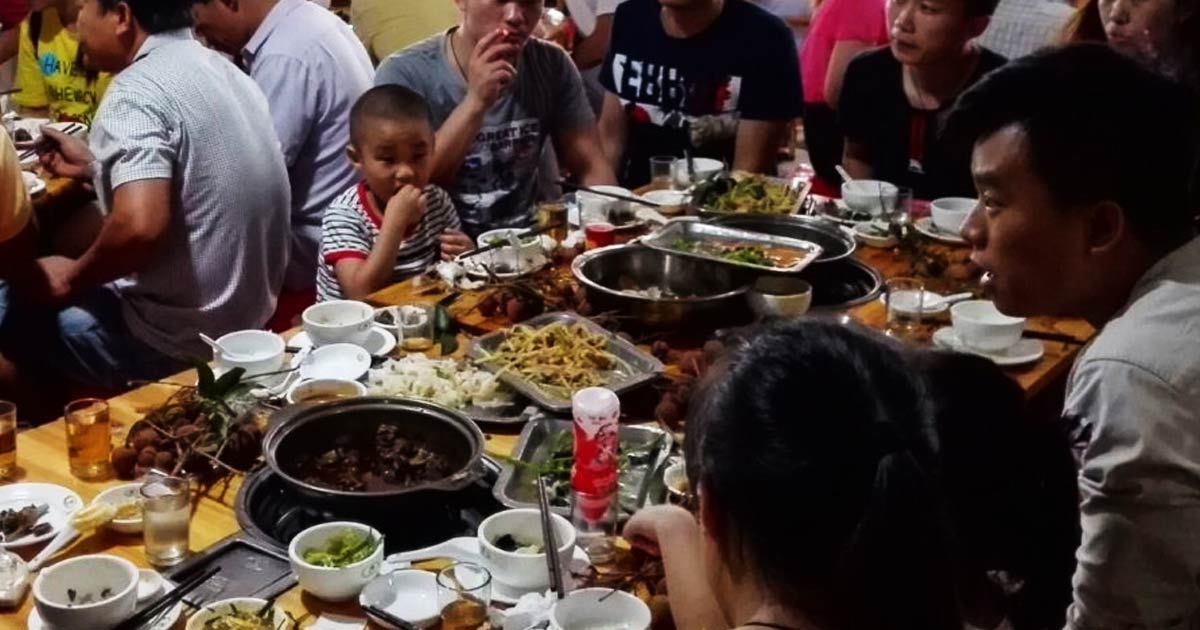 Despite efforts by the central government to curb the disturbing trend, the consumption of dog meat in the People’s Republic of China is set to continue with a festival celebrating the sickening food.

The Lychee and Dog Meat Festival, a 10-day celebration centered around sweet stone fruit and the flesh of man’s best friend, kicked off Sunday in the city of Yulin, according to the New York Post.

The cultural celebration is happening seemingly in defiance of an April order from the Chinese Ministry of Agriculture that reclassified dogs as pets instead of livestock.

China’s abrupt about-face on dog meat appears to be driven more by criticism of the communist nation rather than any compassion for the animals.

The order reclassifying dogs came after early speculation identified a Wuhan wet market as a possible source for the coronavirus pandemic that paralyzed the world.

More recent evidence suggests the virus could have leaked from a research laboratory instead of jumping from bushmeat to humans.

Still, wet markets and the wild meat trade in China are under intense scrutiny over ethical and health concerns.

This shouldn’t come as a surprise to organizers of the dog meat event. The Yulin festival has been the focus of several social media campaigns in the past seeking to shut down the celebration.

Those opposing the event point to countless reports of cruelty and torture inflicted on the dogs being sold as meat. Some of the vendors behind the festival defend the barbaric treatment, saying it improves the flavor of the meat.

Video of the grisly preparation process is easy to find on the internet, but it is too gruesome to even describe.

The festival is not the only place dog meat has been traded in mainland China.

Shoppers would often avoid purchasing pork altogether, as the pricey cut of meat made them an easy mark for thieves.

Even restaurants once offered dog as an inexpensive substitution for pork in dishes.

Thankfully, it looks like this barbaric practice is on the way out in China. The number of people attending the Yulin festival reportedly has dropped dramatically this year.

Some activists believe this could even be the final year of the festival.

Facing increased scrutiny from the central government and much of the world, it seems that the practice of eating dog meat is finally destined for history books.