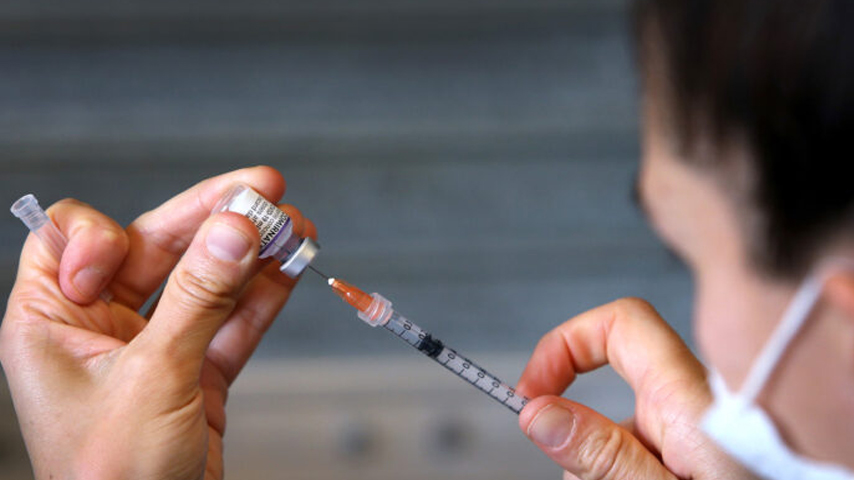 Hundreds of Australian doctors are “very terrified and very careful” of speaking out against the country’s COVID-19 health policies in case they are suspended from practicing, according to a human rights lawyer.

Peter Fam, principal at Maat’s Method law firm, said since the start of the pandemic, regulatory bodies have imposed greater rules and regulations on doctors and other health practitioners who express a different opinion on existing medical orthodoxy around COVID-19.

“I say hundreds of doctors because I’ve been on Zoom calls quite regularly with more than that number of medical practitioners. However, generally speaking, there’s only a couple of them who are willing to publicly share any of the things they share in those spaces,” the Sydney-based lawyer told The Epoch Times.

Fam was among the authors of a letter on March 8 from the COVID Medical Network to a number of Australia’s medical bodies, including the federal Health Department, the Therapeutic Goods Administration (TGA), and the Australian Therapeutics Advisory Group on Immunisation.

It called on governments to stop promoting messaging claiming provisionally-approved COVID-19 vaccines in the country were “safe” and to withdraw the vaccines from the general public.

The letter also alleged the government used flawed processes to approve and mandate the vaccines. Concerns were also expressed over adverse effects and deaths following the jab.

Hundreds of clinicians and medical researchers supported the letter’s message, but most could not sign openly due to fear of losing their jobs, it stated. In addition, the government and regulatory bodies have yet to respond as of May 9.

The Australian Health Practitioner Regulation Agency (AHPRA) is Australia’s peak accreditation body for health practitioners, which works with 15 other government bodies (National Boards) responsible for major health professions such as nurses or pharmacists.

AHPRA previously told The Epoch Times in September 2021 that it had received complaints regarding health practitioners who were advocating views contrary to public health advice (without evidence to back those views); prescribing non-evidence-based treatments without proper disclosure around risks or benefits; and breaching public health orders (and being fined) for not social distancing, wearing masks, or abiding by health restrictions.

“Experience tells us that most practitioners, when concerns are raised directly with them, modify their behavior to become compliant,” an AHPRA spokesperson said at the time. “In a small number of cases, national boards are likely to take action to ensure the actions of the practitioner do not place the public at risk of harm.”

Some examples of AHPRA enforcement include the suspension of an anesthetist in September 2021 after two “anonymous complaints” were lodged regarding his social media activity.

Dr. Paul Oosterhuis, a medical practitioner of 30 years, revealed in an online petition that he had posted content regarding early treatments against COVID-19 and had questioned the efficacy of lockdowns and PCR tests.

Later in the same month, John Larter, a veteran paramedic and then-deputy mayor of the Snowy Valleys Council, was also suspended from practicing after he challenged the New South Wales state government in court over the legality of vaccine mandates.

“I effectively went in there without any legal representation. Two and a half hours later, and after being grilled by them, I received a letter from them today advising I’ve been suspended immediately as a paramedic,” he said on his Telegram account. The Paramedicine Council of the state confirmed Larter was indeed suspended.

According to Fam, doctors have also been unhappy with an AHPRA position statement from March 2021 (pdf), which reads, in part, that any promotion of “promotion of anti-vaccination statements or health advice which contradicts the best available scientific evidence or seeks to actively undermine the national immunization campaign (including via social media) … may be in breach of the codes of conduct and subject to investigation and possible regulatory action.”

“There are several problems with that statement,” Fam commented. “One of them is that the best available scientific evidence doesn’t exist. It’s always changing. That’s the nature of science and the nature of evidence.”

The same AHPRA position statement says that health practitioners must ensure their social media activity “does not contradict or counter” public health campaigns or messaging, including the Australian COVID-19 Vaccination Policy (pdf).

The National Law is enacted and implemented separately by each Australian state and territory. A section under the law says the National Board can suspend or impose conditions on a health practitioner’s registration immediately for the purpose of protecting the health or safety of the public.

“I’ve got several cases on representing medical practitioners who’ve had their registration suspended under the national law,” Fam shared.

Fam said the AHPRA statement restricts doctors in what to say to patients regarding COVID-19 vaccines.

“If a doctor read one of the thousands of peer-reviewed papers that have examined the adverse events that stem from the COVID vaccines, and a patient asked them, ‘Hey, I’ve read one of these studies, and I’m worried about receiving this vaccine, can you give me some advice?’—that guideline from AHPRA restricts what the doctor is allowed to say,” Fam said. “Many doctors think that’s a problem.”

“There’s a restriction on what practical medical advice and treatment protocols doctors are allowed to give to their patients. And many [are] doctors with integrity and who value their own professional judgment, and who value the importance of open scientific discourse,” Fam said.

Too Hard to Qualify for Vaccine Exemption

Doctors have expressed concern over the narrow criteria for individuals to get exemptions from taking the COVID-19 vaccines, Fam said.

An exemption is “very, very narrow,” he said. “Essentially, you need to have already had a very serious adverse reaction to one of the COVID vaccines in order to be contraindicated for another dose.”

The Australian Department of Health states (pdf) that people can only get a permanent medical exemption from taking a COVID-19 vaccine if they “have been assessed by an authorized medical practitioner as being clinically unsuitable to receive a COVID-19 vaccine permanently.”

If a person recently had COVID-19, they can be exempted for up to four months. Temporary exemptions may also apply if a person has had an inflammatory cardiac illness within the past three months, have any other acute medical conditions, are undergoing major surgery, or has had an adverse event due to a previous dose of a COVID-19 vaccine.

ATAGI states (pdf) that chronic symptoms following COVID-19 also referred to as “long COVID,” are not a contraindication to COVID-19 vaccines. The advisory group also states that pregnancy “is not a valid reason for exemption.”

“There are many doctors I’ve spoken to who has been in quite some distress because they would not want some of their patients to receive the COVID-19 vaccines,” Fam said. “Lots of doctors” have told him they “don’t want to recommend the vaccine to their already-hesitant patients who have a history of blood clotting or serious heart conditions.”

Doctors have also been unable to issue their patients exemptions or contraindications for the COVID-19 vaccine, while many other doctors have been disciplined for having issued one, Fam said.

Both the mRNA-based Pfizer-BioNTech and Moderna vaccines have been linked to myocarditis or pericarditis, especially in young men.

Such cases have also been reported with the use of the AstraZeneca vaccines. Meanwhile, the Australian Technical Advisory Group on Immunisation recommends the AstraZeneca vaccine for people aged 60 and over due to risks in younger people of a rare but serious blood clotting condition, thrombosis with thrombocytopenia, which can cause a long term disability and/or death.

Throughout Australia, COVID-19 vaccination continues to be mandatory for specific industries, including health care, aged care, child care and education but are not limited to just these, depending on the state or territory.

People traveling internationally into and out of Australia are “required to provide proof of double vaccination against COVID-19,” Minister for Health Greg Hunt announced in late March. Several companies have also implemented mandatory vaccination policies for their workers, including supermarkets Aldi, Coles and Woolworths, banks including Commonwealth Bank and Westpac, as well as other large companies such as Qantas, Virgin Australia, Telstra, and SPC.