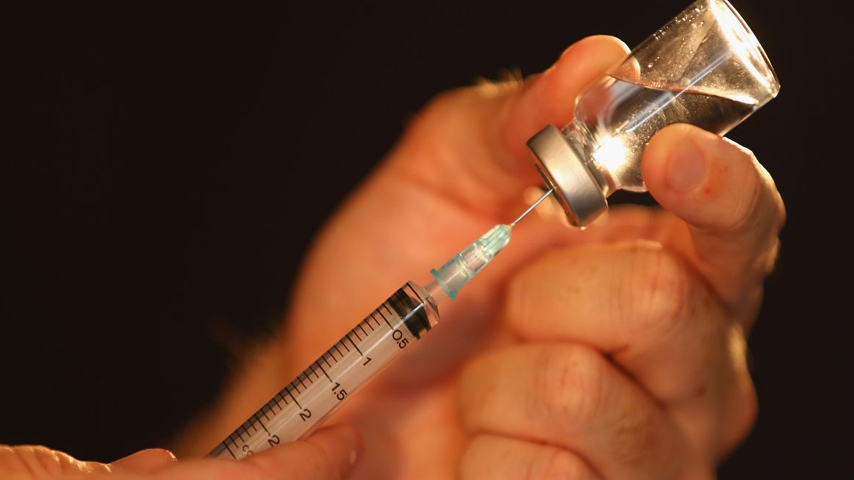 Should children be given the same medical treatment oft used for sex offenders and pedophiles as part of their release? The left says yes — at least if they identify as a different gender.

Lupron is the trade name of leuprolide acetate, a gonadotropin-releasing hormone agonist. It’s one of the numerous drugs that can be given to chemically castrate an individual. It’s also a so-called puberty blocker given to gender-confused children as an off-label usage.

According to the Mayo Clinic, parents of “[t]ransgender and gender-diverse children might choose to temporarily suppress puberty through the use of prescription medications called pubertal blockers. But deciding to get this treatment is a big step.”

(It is a big step — and so are many of the other interventions, both chemical and surgical, that the left is willing to cosign for gender-confused children. Here at The Western Journal, we’ve noted how the left is ravaging the bodies of kids for ideological purposes. Despite the dark side of these treatments, though, Big Tech tries to suppress any talk about the fallout from them. We won’t be intimidated, however. We’ll keep on bringing America the truth no matter what the consequences — and you can help by subscribing.)

While the drugs aren’t designed to block puberty, they do the job.

“In those identified as male at birth, GnRH analogues decrease the growth of facial and body hair, prevent voice deepening, and limit the growth of genitalia,” the Mayo Clinic notes.

“In those identified as female at birth, treatment limits or stops breast development and stops menstruation.”

Lupron is just one of several puberty-blocking drugs used by doctors. It’s better known for its use in the chemical castration of sex offenders at serious risk of reoffending.

In addition, it’s used “for tumors that feed on sex hormones,” the Cleveland Clinic says — including prostate cancer.

In 2019, several religious and conservative outlets noted the connection between its use as a prostate cancer drug and deaths linked to that usage. Not that it necessarily caused these deaths, merely that it was a drug now being used off-label on children with gender dysphoria.

NBC News called this a “viral fake news story” because of the fact some of these patients were terminally ill.

The Daily Wire’s Matt Walsh — who takes on the transgender movement in his new documentary, “What is a Woman?” — noted the irony, saying readers should “think about what NBC is doing here.”

“They are defending the use of this potentially dangerous drug among physically healthy children on the basis that it’s really designed for use among terminally ill men,” he wrote.

“Don’t worry, says NBC, Lupron is just chemically castrating children. Most of the people who die from it are adults. Sure, we don’t really know all the risks inherent in suppressing the normal growth and development of children who are confused about their gender, but it probably isn’t killing them, as far as we know, at this point. This is NBC’s argument.

“Forget about adverse side effects for a minute. The desired effect of a drug like Lupron in a healthy child is adverse.

“It is intended to interfere with the normal, natural development of the child. The whole point is to force their bodies to artificially remain in a prepubescent state. If anything, The Daily Wire understated the dangers involved in this practice by focusing more on the side effect than the primary effect — which in itself is horrible enough.”

Scott Newgent is the hero of the film. Such a remarkable contrast between the raw openness and honesty in this interview and the evasiveness and defensiveness from the “experts” I spoke to.

Moreover, long-term studies of the effects of puberty blockers are almost nonexistent. Unlike chemical castration for sex offenders or for cancer patients, these drugs are being used to arrest the natural growth of a child.

Studies have indicated, moreover, that puberty-blocker patients might have a lower bone density as adults.

This isn’t even looking into the psychological effects of using such drugs on children — something that might not be reversible even if treatment is.

We’re supposed to pretend that this is nothing to worry about? This isn’t just risky, it’s horrifying.

Children shouldn’t be treated like sex offenders. Any society that does this has lost its way entirely.