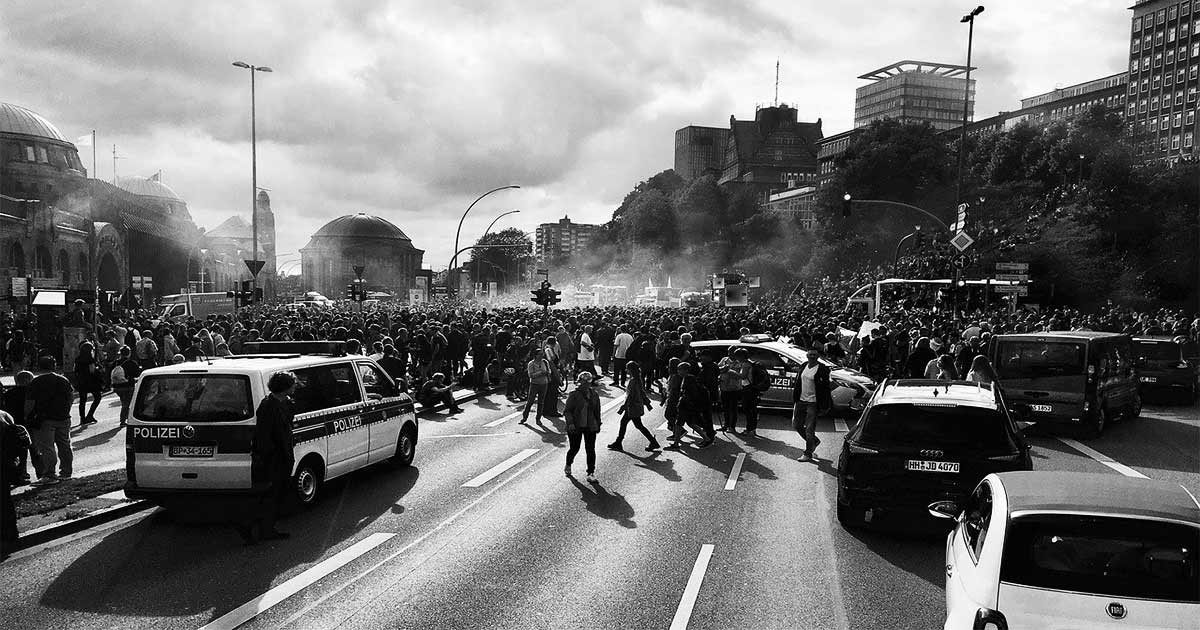 Reports are pouring in from different parts of the world, how various health organizations are manufacturing numbers and listing almost all improbable deaths as Covid-19. But people who still believe in main stream perspective are backing up the government leading to nothing but frustration to few who try to tell the truth. Any perspective which is not from WHO or respective health organization is being shunned and media is also turning a blind eye to the doctors who are coming forward or pressing for the truth.

People are reaching their end of their patience with the coronavirus lockdowns, and the food riots will begin in May if the lockdowns don’t end. There is a rational, sensible way to end the lockdowns while protecting public health and defeating the coronavirus. I’ve described it in this article, and it’s based on promoting masks, nutrition, hydroxychloroquine and other commonsense measures.

Yes, the lockdowns may be initially necessary to stop the exponential explosion of infections that would have led to millions of deaths .We were on track for 2.16 million deaths by early July, if there computer model is to be believed before the lockdowns began.

But we now have the knowledge to end those lockdowns while simultaneously protecting public health. Yet that knowledge is being ignored by the people advising President Trump — Dr. Fauci and Dr. Birx — in what seems like a scheme to keep people suffering until Big Pharma can come up with a vaccine that may or may not work… and is likely at least 18 months away.

The most likely outcome of the coronavirus vaccine is so-called “immune response enhancement,” which means the vaccine will cause an immune system overreaction that will result in a deadly cytokine storm that kills the patient when exposed to a subsequent infection. So the vaccine may actually end up killing a very large number of people. This is especially likely given the rush to cut corners and skip the routine quality control measures that typically go into clinical trials.

The plan of the globalists is a never-ending lockdown, followed by forced immunizations and “mark of the beast” biometric scanning

Sadly, all the sensible suggestions about how to end the lockdowns are being ignored.

Certainly, it’s great news that we invoked effective lockdowns and altered the trajectory of the virus, saving millions of lives in the USA alone, but now that we have some breathing room, we have the opportunity to make better-informed decisions about where to go from here.

The temporary compliance of the population has convinced the authoritarian tyrants that they can order the public to do anything they want. But they’re going to discover that short-term compliance is not a long-term surrender of liberty.

The people are being polite. They’re sacrificing a lot to halt the spread of the virus. But their patience has just about run out, and they now know the virus isn’t impervious to public health measures. We can control these infections. We can limit the spread, and we can prevent a repeated explosion into exponential territory.

“The American people have demonstrated a lot of common decency,” Sen. John Kennedy (R-LA) told Sean Hannity in a Fox News interview. “The health care workers, the food workers, but also the people who’ve been willing to stay home. But they’re not going to stay home much longer.”

He’s right about that. With the death numbers expected to start flattening next week, we will have mathematical proof that the lockdowns have halted the spread of the virus, underscoring the opportunity to restore something resembling a more normal life (while taking commonsense precautions I’ve outlined previously). As Americans start to see the numbers fall over the last half of April, they will demand an end to the lockdowns.

Read: How To Protect Yourself From Long Term Pandemic Lockdown

People are running out of food, money and patience

If the lockdowns are not ended by May 1st, there will soon be a collision course with food riots and regional uprisings. The fact is, people are running out of food, money and patience. And no nation is more than nine meals away from a revolution, as they say.

Perhaps that’s why we’re seeing FEMA ramp-up its preparation of FEMA camps. Are they anticipating the coming food riots?

FEMA is also busy confiscating medical supplies from hospitals across the country, according to Yahoo News. This massive government theft of medical equipment appears to be a malicious effort to worsen the spread of the virus by denying hospitals the gear they need to successfully treat infections and protect healthcare workers.

It looks, in fact, like FEMA is gearing up to try to suppress a national uprising of tens of millions of angry, hungry, bankrupt citizens who are already on the verge of desperation.

The Left, of course, will try to use the uprising to blame Trump and cause chaos ahead of the November elections. The Right will be taking a more pro-liberty stance, demanding economic freedom to reopen businesses and restore the economy.

Astonishingly, we might actually see Antifa and pro-America patriots marching side by side, demanding an end to the lockdown tyranny. (At least Antifa already has the mask thing down pat…)

One thing is perfectly clear, however: If the lockdowns continues much longer, there won’t be an Anything left to save. The countries will self-destruct, perhaps with social chaos or a popular uprising against state governments.

Maybe that’s what the globalists really want: A national riot, a brutal crackdown and the transposition of President Trump into the position of an accidental authoritarian ruler presiding over a medical police state run by Big Pharma and the FauciFrauds.

And if we don’t raise our voices starting right now, they just might get exactly what they want.