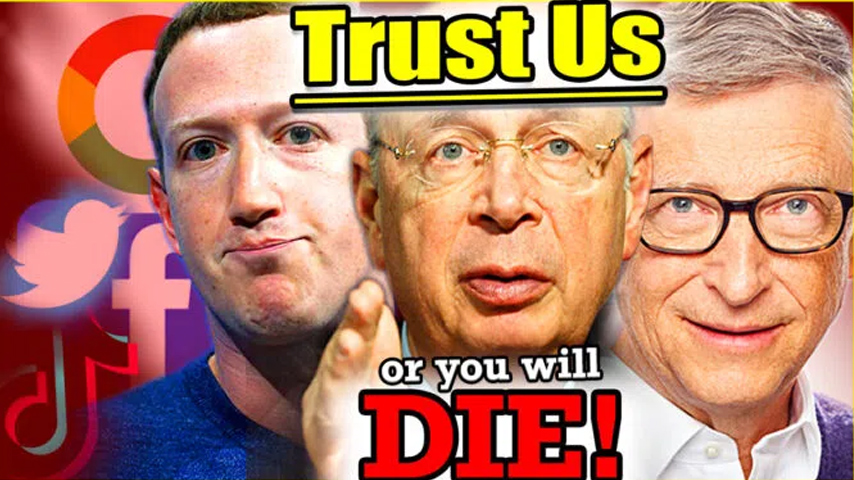 During a World Economic Forum (WEF) panel last week, a United Nations representative announced that they “own the science,” in reference to their “climate information” partnership with Google.

Didn’t anyone tell you? They OWN the science. They OWN the narrative. Anyone who disagrees with their narrative is spouting “Disinformation” and must be punished. Now they admit they are “partnering” with Big Tech to ensure you get the information that they want you to see or approve of you seeing.

At the World Economic Forum’s “Sustainable Development Impact Meetings,” participants from the UN, CNN, and Brown University discussed best practices on “controlling narratives” as part of the “Tackling Disinformation” panel.

The UN’s Under-Secretary-General for Global Communications, Melissa Fleming, brought up their partnership with big tech companies including TikTok and Google that contribute to controlling the narrative.

According to Fleming, the internet is already being scrubbed of information that counters their narrative. For example, Google search results now prioritize UN links.

“We partnered with Google,” she said, adding, “for example, if you Google ‘climate change,’ you will, at the top of your search, you will get all kinds of UN resources.”

“We started this partnership when we were shocked to see that when we Googled ‘climate change,’ we were getting incredibly distorted information right at the top,” she said, before claiming ownership of science.

“We’re becoming much more proactive. We own the science, and we think that the world should know it, and the platforms themselves also do,” she said.

This admission by the UN and WEF should come as no surprise. Anyone who has been paying attention recently will have noticed that the internet has been severely compromised in recent times.

By controlling the flow of information, and memory-holing anyone or anything that counters their narrative, the elites are tightening their death grip on humanity.

Disturbing stuff, I’m sure you will agree.

The internet is where human knowledge accumulates. Deliberately taking features out of the web, deleting human knowledge, claiming pieces of the web as corporate property, and forcing history offline, are all terrible abuses of what makes the Internet great.

The Internet is a place for people, like parks, libraries, museums, and historic places. The globalist elite must be stopped in their mission to rob humanity of this valuable place.