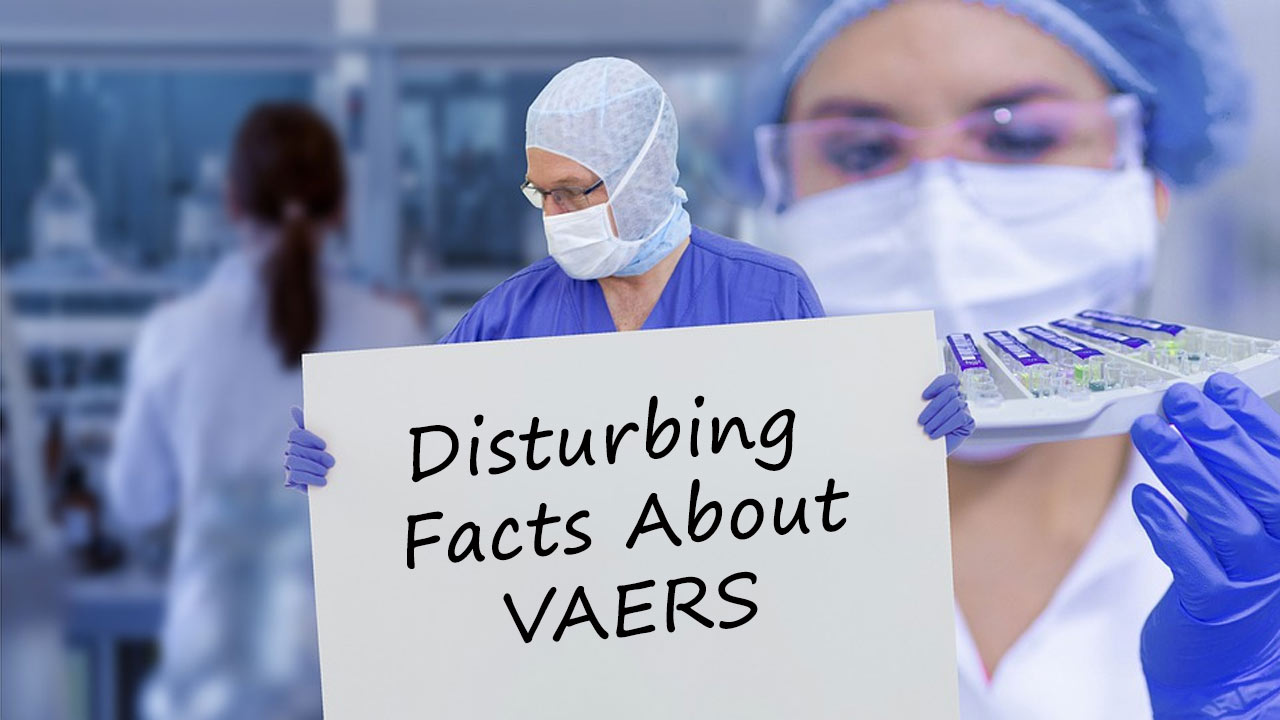 Those who say there isn’t much to be gained from examining the reports in the VAERS system are dead wrong. And frankly, there should be more neutral eyeballs on the issues I’m about to discuss.

I spent an hour-and-a-half on the phone with Vaccine Adverse Events Reporting Database (VAERS) researcher Albert Benavides today. Understand that though I communicate frequently with Jessica Rose (my adopted spirit sister) and Steve Kirsch, I have not myself jumped into the VAERS reporting statistics beyond the superficial. I think that my own time is better spent elsewhere, but am building an understanding of both VAERS and also other databases for vaccine adverse events, and keeping some tabs on the controversies surrounding what seems like a charade of pharmacovigilance (here, here, here). After today, however, I have new respect (and fear) for the illusion that is VAERS.

One of the stories Albert told me, and that neither of us knows fully what to make of yet, is that the number of reporting gaps is ten times larger in 2021 than in years past. Does this represent reports held back or removed? Does this represent the proportionality of mistakes made in filling out reports? Given the messy nature of VAERS, understanding all details and definitions is crucial to making valuable use of the information. What’s the point of a public-facing database if the contents are well defined?

But let’s get to the most important issue that we can examine with some clarity in VAERS: vaccine-associated mortality. You may have heard that there are more than 19,000 reports of death from COVID-19 “vaccines” in the VAERS database. But this statement misrepresents the situation, and possibly dramatically so. I’ll explain.

How Many Patients in VAERS Cases Died?

First, it is disturbing to find out that multiple deaths are sometimes recorded in a single VAERS entry, meaning the total number of deaths is not the same as the number of records reporting a death, and nobody in public health seems to care to do the legwork to break reports of death down into cases or investigate them. One VAERS report (#1669577) describes 726 deaths, and another (#1838702) describes 39 patients. So, does 19,000 reports mean 22,000 or 27,000 deaths? What is the actual number?! And why don’t health regulators seem to care to find out?

The public-facing VAERS database does not include updates to cases, either. This is the biggest issue in understanding how many patients with associated VAERS records actually died. There are reports from many months ago that state things like “death expected”, but if there was ever a follow-up, the public doesn’t get to know about it. So, the number of people in the VAERS reports who did die might be 50,000 or 100,000 or even higher! We just aren’t allowed to know. That’s the WONDER of the system, I suppose.

When Steve Kirsch argues a conservative floor of 4.9 [causal] deaths per million doses (5 times more than the smallpox vaccine deemed too dangerous to use), he is not even taking into account the vaccine-injured patients who died hours, days, or weeks after their first VAERS report was entered. This issue of non-public death declarations associated with case reports is part of the massive underreporting (we know this since the number of people in the Medicare database who have died post-vaccination is over a million) of the publicly available numbers, including suppression of reporting within the medical community. But most of us do have the sense that VAERS reports are more likely to represent causal relationships than those that go unreported. Indeed, all you need to do is read a few of the reports to get a sense that the physicians writing many of them believe their patient is sick due to the “vaccines”.

Note: in addition to the non-public nature of updated VAERS reports, there are other AE databases that are not public. What is the summary of information in those databases, and why during this controversy is that information not be released for public scrutiny? Are we going to have to wait 55 years to see it?

What’s With All the Administrative Errors?

And why don’t health officials seem to care? I mean…I hadn’t heard any public conversation about any of what follows from here, and my ears are pretty open.

The VAERS database shows a massive spike in cases in 2021, specific to the COVID-19 “vaccines”, temporal association with deaths, and descriptions of cases that make it clear there is a level of a causal association with some portion of them.  You would think that would be enough for a high level of official scrutiny. Some cases are described as “spontaneous” meaning that problems began the moment injection took place.

The administration errors seem almost fantastical, though maybe medicine is more fraught with these issues than I would ever have imagined? But giving monoclonal antibodies prior to vaccination of 44 patients (#955420)?

Many reports mention “expired vaccine” or “expired vial”, which is to say that the products may be too complex for mass delivery? Is the FDA even talking about the set of problems associated with medical staff (or pharmacists or paramedics) undertrained in proper delivery of the vaccines? Back in early September, I talked with an ambulance driver here in Dallas who said that the training in delivery was vague and less complete than any training for any procedure he had ever received, so he chose not to participate in delivering them injectable products. Is that the case everywhere? Wasn’t a single event (#969639) of 800 injections given after the product was kept at the wrong temperature enough to spur a training video and a public conversation?

And what does it mean that lots coming out of Pfizer vaccine plants suddenly have much longer-life expiration dates on them now? Does the new trimethylene buffer suddenly add years to the shelf-date? Does that mean the expired vaccine cases were deemed causal, but nobody at the CDC or FDA bothered to talk about that publicly? Or didn’t bother to keep an eye on what Pfizer was doing to find out? (No, I’m not going to explain where I got this from.)

Some reports I read referred to vials punctured 20 times (a vial contains at most six doses), which implies that the person who punctured those vials most of those times wasn’t trained in dose size or did not understand legal mandates of VAERS reporting? Or is there some other explanation? This mistake alone implies thousands of VAERS reports that should have been filled out, but weren’t, not to mention thousands of improperly injected individuals should have been notified and checked on. Were any of them informed after the fact? Wouldn’t we have heard about that by now?!

It becomes harder and harder by the day to maintain a shred of respect for those running our public health regulatory agencies. There is no pharmacovigilance. There is no regulation with respect to experimental COVID-19 injectable products.

Babies are Dying at an Exponential Rate. More Fetal Deaths in 11 Months than Past 30 Years Following ALL Vaccines as Scotland Begins Investigation