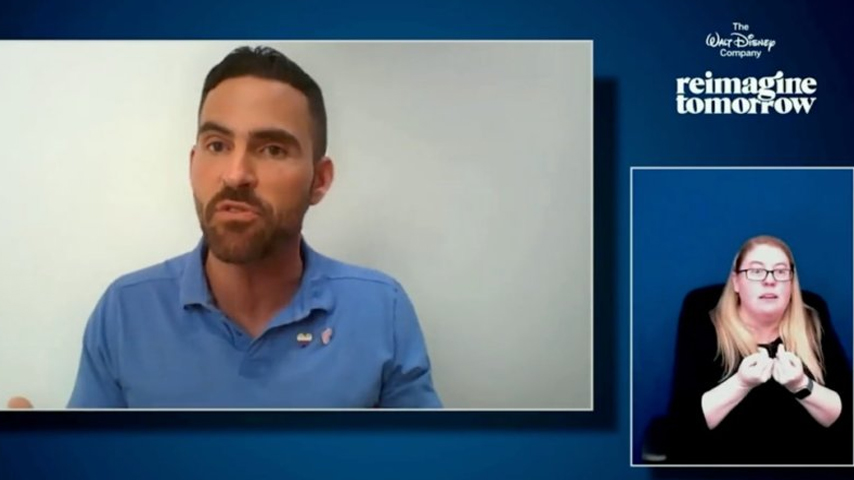 As Disney faces mounting pressure from conservatives and parents for its public promotion of the LGBTQ+ agenda for children, a new report indicates the company is helping its employees and their minor children obtain mutilating “sex-change” surgeries.

In the video, a man who appears against a backdrop with the phrases, “The Walt Disney Company,” and “reimagine tomorrow,” speaks about the “work” the company is doing to promote transgender expression and sex-change procedures for its employees.

“The other big area is gender identity and expression, so doing all of this work to ensure that our employees and cast can express their gender here authentically and proudly at the company,” the man said.

NEW: Disney has adopted a benefits program to assist employees and their minor children with "gender affirmation procedures." This type of treatment typically includes puberty blockers, breast removal, and genital surgeries for "kids who are transitioning." pic.twitter.com/a2zSSboe0S

It’s unclear who the man is or when the original video was recorded.

The Daily Caller pointed out that Disney’s benefits program is managed by Fidelity Investments, which shared a question and answer document addressing Disney’s gender affirmation coverage that appears to confirm the content of the video.

According to the document, Disney funds “Gender Affirmation procedures” for adults and children, with no dollar limits or maximums, under health insurance companies Cigna, Kaiser (California), and HMSA (Hawaii).

Under Kaiser, California’s Disney employees have access to “sexual reassignment surgery and mastectomy with chest reconstruction services, in addition to behavioral health and hormone therapy services.”

It’s unclear whether the Cigna or Kaiser plans would cover the reversal of mutilating surgeries.

News of Disney’s apparent funding for radical and destructive gender reassignment treatments comes amid wide-scale backlash after the child-oriented company announced its opposition to Florida’s Parental Rights in Education Act, which prohibits Florida teachers from instructing children about sexuality and gender identity in kindergarten through third grade.

Disney has also signaled its intention to fight a Texas executive order that would direct officials to investigate gender reassignment surgeries for children as “child abuse.”

In addition, the mega-company has taken considerable heat from conservatives and parents after videos leaked by Rufo on March 30 appeared to show Disney’s deliberate efforts to promote the LGBTQ+ agenda for children in its programming.

Opponents of Disney’s pro-LGBTQ+ stance have staged protests outside Disney’s headquarters and called for sweeping boycotts.

Disney did not respond to LifeSite’s request for comment.

Kirstie Alley: Hollywood Is a Vipers Nest of Elite Pedophiles

Peak Wokeness: Biological Men Can Get Pregnant & Trans Men Can Give Birth Through Their Penis – Top Scottish University