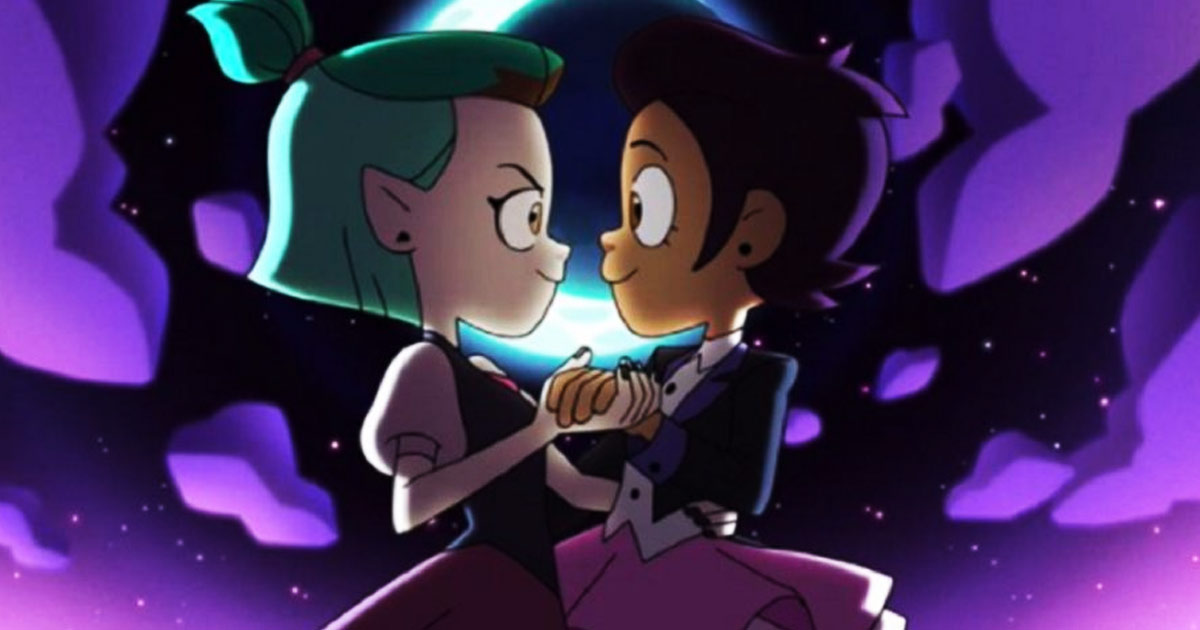 It was only a matter of time.

The Walt Disney Company is bringing bisexuality to its Disney Channel children’s cartoons with the recent revelation that the lead character in the animated series “The Owl House” is a 14-year-old Dominican-American girl who is attracted to both women and men, according to CNN.

The announcement came last week on Twitter, when Dana Terrace, creator of the show — which follows Luz’s misadventures attempting to learn witchcraft despite a distinct lack of magical ability — addressed romantic involvement between the main character and female friend, Amity Blight, on a previous night’s episode.

“In [development] I was very open about my intention to put queer kids in the main cast. I’m a horrible liar so sneaking it in would’ve been hard,” Terrace wrote on Twitter.

“When we were greenlit I was told by certain Disney leadership that I could NOT represent any form of bi or gay relationship on the Channel.”

According to Terrace, however, who identifies as bisexual herself, the network relented after consistent pressure from the creator and her team to see bisexual individuals represented in animated form.

“I’m bi! I want to write a bi character, dammit!”  the creator wrote. “Luckily my stubbornness paid off and now I am VERY supported by current Disney leadership. (Thank you @NashRiskin and team!) Not to mention the amazingness of this crew.”

“Representation matters! Always fight to make what YOU want to see!” she added.

“As [Owl House] continues I can’t wait to explore things that are important to me and my crew.”

What else there is left to “explore” in children’s television after bisexuality? I hesitate to ask.

Then again, the social justice left’s war on cultural norms knows no end. The goalposts are always moving, a new supposed civil rights battle is always in the wings following the previous victory.

That said, I can only imagine what they’ll have in store for America’s children next — an anthropomorphic rabbit’s cartoon gender transition, perhaps?

Either way, fellow liberal creators and cultural figures were quick to loft praises upon the announcement, as well as Terrace’s tweets on the matter.

“Owl House” voice actor and former Disney animator Alex Hirsch, who created the network’s smash-hit “Gravity Falls,” was one such creator, tweeting in celebration of what was apparently a glorious victory as well as taking a bitter hatchet to the network over its previous unwillingness to introduce gay cartoon characters.

“Back when I made [Gravity Falls,] Disney FORBADE me from any explicit LGBTQ+ [representation],” Hirsch said. “Apparently ‘happiest place on earth’ meant ‘straightest’ But as of today, thanks to @DanaTerrace & team there are explicitly queer ANIMATED MAIN CHARACTERS on DISNEY TV.”

“Im so proud & happy to say that,” Hirsch added.

“In 2012 the Disney censor note on this image would have been: ‘inappropriate for channel, please revise, call to discuss’ (to avoid a paper trail) Now in 2020- there’s no note at all. Props where props are due! This time, Disney- you did good.”

In 2012 the Disney censor note on this image would have been:
“inappropriate for channel, please revise, call to discuss” (to avoid a paper trail)

Props where props are due! This time, Disney- you did good. pic.twitter.com/HLDux1jNUk

Disney was not the first children’s cartoon company to grapple with, and eventually cave to, introducing explicitly “queer” characters into its content for the sake of “representation” and diversity. Nor was this the first time the company has dealt with the topic.

Earlier this year, the company’s subsidiary Pixar Animation Studios released an animated short called “Out,” in which a young man struggles to tell his parents about his sexuality.

Marvel Entertainment, a fellow Disney subsidiary, has also long been party to the mainstreaming of LGBT ideology within content made for America’s youth, with numerous gay superheroes appearing on the pages of its comic books and rumored to be coming to its cinematic universe over the years.

Nickelodeon, a prominent competitor to Disney in the children’s media landscape, has also grown incredibly bold in its public support for the LGBT community, always sure to post on social media in celebration of gay pride month and, for the first time this March, the International Transgender Day of Visibility.

The network first made the move to include explicitly LGBT characters in its own children’s cartoons in 2016, when “The Loud House” introduced recurring character Clyde McBride and his biracial gay parents.

It has since also retroactively indicated the beloved cartoon character Spongebob Squarepants is gay, according to CNN.

Now, what exactly introductions to and discussions about complex sexuality — or any sexuality for that matter — have to do with fair “representation” in children’s programming is beyond me.

Given the fact that Gallup Daily public opinion polling reveals Americans already overestimate the LGBT community’s share of the general U.S. population by around 20 percent, perhaps the culture is overdoing it with this overwhelming push to introduce “queer” characters to all sorts fiction content.

Newsflash, only 3.8 of Americans actually identify as LGBT, according to the Williams Institute, a research group that studies gay and lesbian issues at the UCLA School of Law (not exactly a conservative bastion.)

Not to mention the fact that everyday American adults and practiced psychologists have a hard time defining and discussing the topics of gender and sexuality or how they affect our health and well-being.

So, maybe — just maybe — we should take a pause on dropping LGBT characters in front of our children’s eyes without a good explanation.