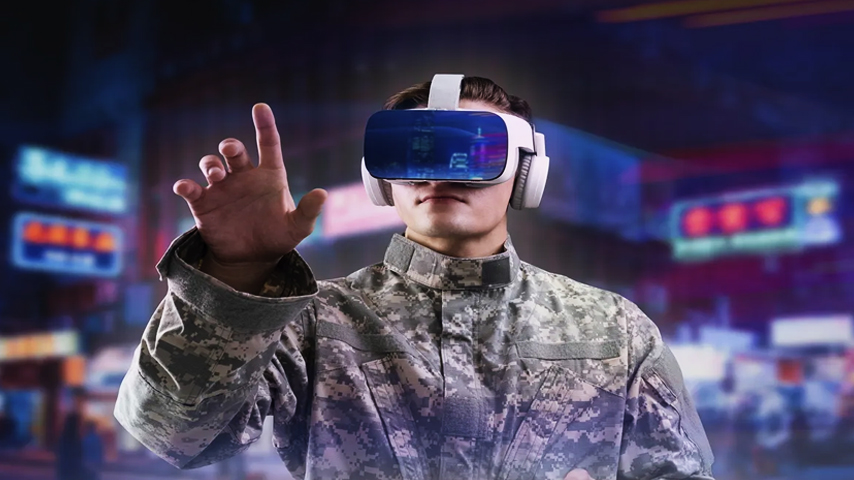 Back in 1999, David Bowie produced the soundtrack for the sci-fi video game “Omikron: The Nomad Soul.” Omikron is an overpopulated megacity, divided into five sections and situated under a crystal dome to protect the environment from an ice age that occurred after the sun burned out.  Through the deception of a demon disguised as a human the player gets stuck in a digital world he cannot escape.  The objective of the game is from “The Nomad Soul” which is acquired by ancient, magical technology in order to destroy Astaroth, the leader of the demons.

Perhaps the unveiling of the newest magic virus variant Omicron is in fact an announcement of a coming new age, where man will attempt to mix his clay with the iron or machines. The Book of Daniel points out man’s attempt to become immortal apart from God will fail. However, I know a prophetic warning from thousands of years ago isn’t going to stymie the transhumanist movement.

So what if you could do everything you do now, including buying and selling in an alternate reality, which is a mirror image of your current reality, but without the pain and tribulations? Welcome to Facebook’s virtual world platform Metaverse. Just select an avatar based on your personal preferences, and insert a digital copy of yourself into Zuckerberg’s digital Garden of Eden, made in his image.  No room for God and his laws. Do what Mark wilt shall be the whole of the law.

Image living in two worlds simultaneously, a virtual world apart from our real and present actual temporal existence. What happens when we die? Does our digital self continue to live in this man-made matrix?  And who will fill the God void in the mirrored reality?

Almost sounds like the perfect opportunity for a new Messiah to fill in the void.

The second beast was given the power to give breath to the image of the first beast so that the image could speak and cause all who refused to worship the image to be killed. Revelation 13:15 NIV

And it performed great signs, even causing fire to come down from heaven to the earth in full view of the people. Revelation 13:13

For false messiahs and false prophets will appear and perform great signs and wonders to deceive, if possible, even the elect. Matthew 24:24 NIV

Omikron and Metaverse are just two examples of a future dystopian world envisioned by technocrats like Klaus Swab. “The Great Reset” is actually a new “social contract” connecting man to an electronic ID linked to bank accounts and health records, and a social credit ID dictating every facet of life.  While the COVID-19 plandemic is being used as a justification for the Great Reset movement, the agenda has nothing to do with health and everything to do with a long-term plan to monitor and control the world through digital surveillance and artificial intelligence.

The Great Reset and the Fourth Industrial Revolution have rebranded terms for technocracy and the old “New World Order” melded with the transhumanist movement. Technocracy is an economic system of resource allocation that revolves around technology — in particular, artificial intelligence, digital surveillance and Big Data collection — and the digitization of industry and government, which in turn allows for the automation of social engineering and social rule, thereby doing away with the need for democratically elected leadership. While the real plan is to usher in a tech-driven dystopia free of democratic controls, they speak of this plan as a way to bring us back into harmony with nature.  The future technocracy will involve a two-class system. The ruling technocratic elite, and their 3D Avatar serfs, have replaced their human counterparts.

Constructing A Blockchain Transmitter In The Body