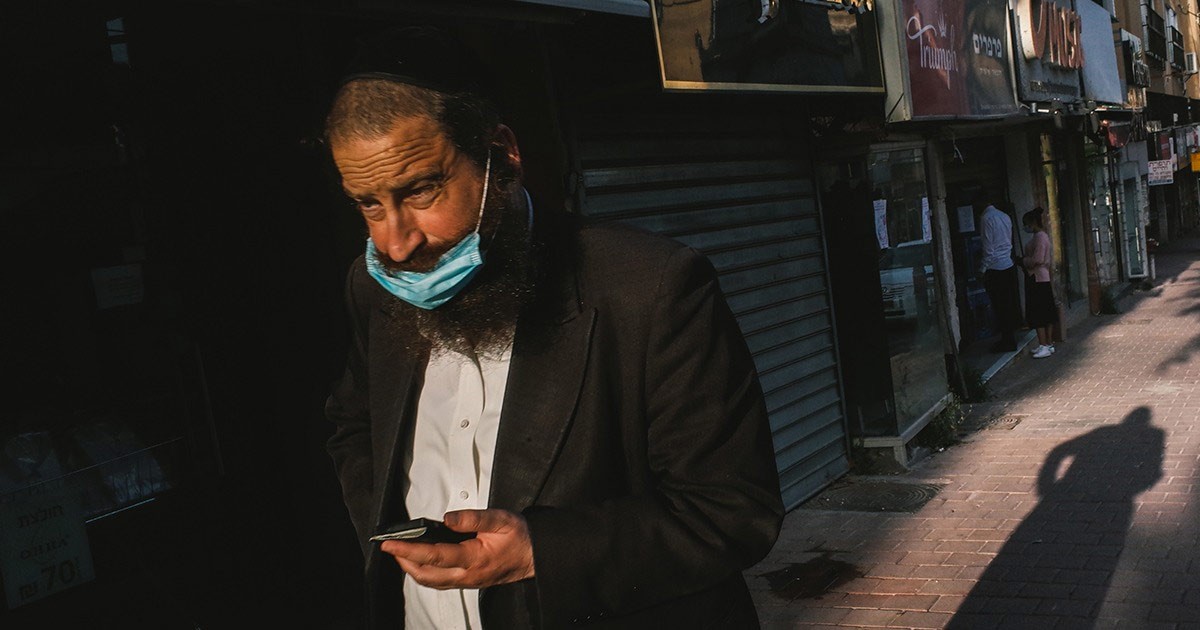 “It’s about who will take the vaccination.” He added, “If you don’t do it, you’re wicked, you’re evil, you’re a second-class citizen.”

Radiant Israel, special events and tour company founded “as a means to build the bridges between nations of the world & Israel” has released a video decrying the COVID-19 lockdowns and passports as “wicked” and “demonic” and compares them to a second Holocaust.


Radiant Israel founder Gilad Rosinger released a video on the Radiant Israel Facebook page decrying the actions taken by the Israeli government to pressure people to take the COVID-19 vaccine, and only allow those who have taken it to participate in society.

“Israel, unbelievably, is the leader in this global demonic deception,” said Rosinger. “There’s a saying in Israel that goes, “Never again.” Every Holocaust Day, every year there’s a day to celebrate the Holocaust, to remember, not to celebrate what happened, but to celebrate the fact that Israel has its independent state, and never again will the Jewish people be killed. Never again will the murder of innocent people take place. That is what, supposedly, this Jewish nation is founded upon.”

“Israel has just passed this green passport system. Do you understand what this is? This is a program where they are only allowing the people that have been vaccinated to participate in society,” Rosinger explained. “To go to restaurants, to go to malls, to go to theaters, to go to sporting events. That’s right If you do not submit to this wicked, demonic, tyrannical agenda if you choose to say, ‘I’m not ready to participate in this experimental program’, then you are now considered a second-class citizen in Israel.”

“There is no sugar coating this, this is exactly what’s happening,” he added. “Where are the international human rights courts on this? Where are the lawsuits? Where is the outrage?”

“We are giving a huge line to vaccinators,” Jerusalem Post reports Israeli Health Minister Yuli Edelstein saying earlier this month. “This is the first step back to an almost normal life.”

Rosinger decries this two-tiered societal system as compared to the years in Nazi Germany that lead to the Holocaust when millions of Jews were killed.

“What happened that we have strayed so far into a delirious state of total insanity? Where people are actually cheering on this demonic, wicked agenda? My grandfather was the only survivor out of his whole family of the Holocaust, and this is exactly how it started: With discrimination, with essential and nonessential businesses, with people saying that Jews were second class citizens,” said Rosinger.

Rosinger then explained the level of what he believes to be manipulation and coercion that are being employed in Israel to convince citizens to take the vaccine and become part of the green passport system.

“It is time to go and raise a righteous war cry. It is time for people to understand. It’s happening right here in Israel,” he urged, “This thing is coming all over the world, but what is this? This is absolute insanity. It’s anti-Christ. It’s wicked.”

“We are commanded to shine a light on wicked oppressive agendas. It’s part of the victory strategy of heaven. You cannot sit idly by and watch wicked, demonic, evil systems being imposed and not say anything. You have to call it out, you have to sound the alarm. You have to say, ‘This is evil, we resist it, we rebuke it.’”

The Persuasion Game: Manipulating Intention to Get a Covid-19 Vaccine