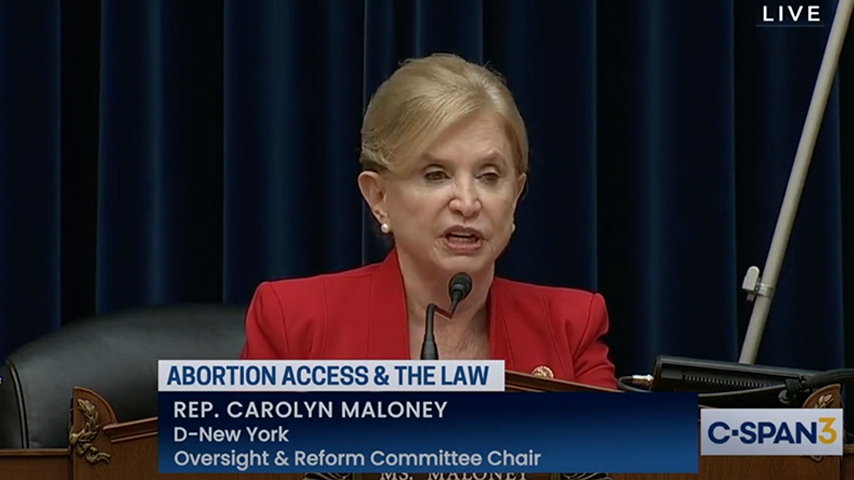 During a House Oversight and Reform Committee hearing on abortion last week, New York Democrat Representative Carolyn Maloney declared that women are not the only people who can become pregnant.

Maloney complained of the GOP’s “decades long goal of overturning Roe v. Wade,” claiming that it has “stripped away a constitutional right relied on by generations of American women.”

That was the first lie.

The second lie to come out of Maloney’s mouth was an assertion that “the goal of these right-wing extremists is clear, to control the bodies of women, girls, and any person who can become pregnant.”

Maloney’s comments came in the same week that a slew of pro-abortion Democrat witnesses refused to define what a woman is and suggested that anyone who says men can’t give birth is ‘inciting violence’.