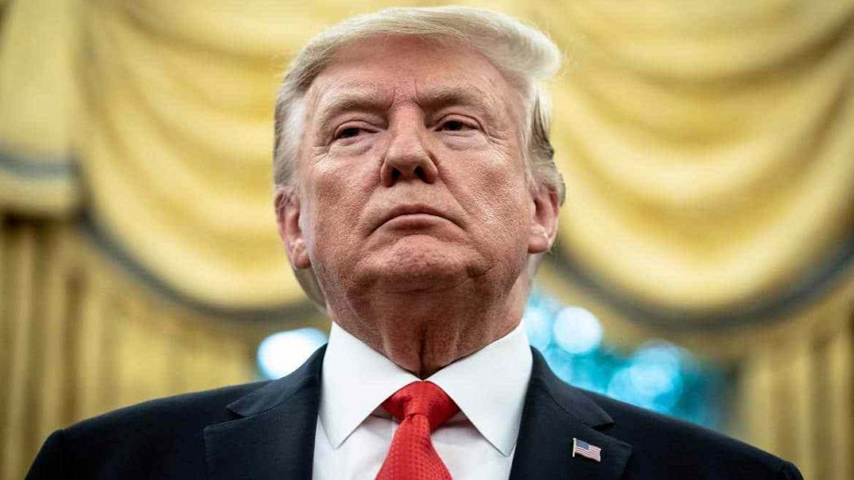 Nationally televised show host Stew Peters warned that the deep state is spoiling for violence in the aftermath of their Mar-a-Lago raid and continued lawfare against President Trump. Peters predicted that the feds could arrest and perp walk the 45th President on phony charges, with the intent of stoking political violence as a pretext to cancel elections on the heels of their 2020 theft.

Stew Peters made the warning and scathing review of the deep state, uni-party establishment after a Stew Peters Show interview with investigative journalist George Webb. Webb, who just returned from Florida, where he was investigating the FBI’s raid on President Trump, explained that his investigation has indicated that “Trump has the goods on the FBI,” and that federal raiders went to collect them.

“This is sensitive information that Trump was holding on the FBI, not the other way around,” Webb reported.

According to Webb’s interview on The Stew Peters Show, documents in President Trump’s possession at Mar-a-Lago show that the FBI and other deep state factions of the federal government concealed memos concerning the origins and release of COVID-19 from him for three months, engaging in a “90-day cover-up.” The feds hid the disease outbreak, which had impacted American State Department workers, even as special response teams were dispatched from Fort Belvoir to investigate a disease outbreak in Wuhan.

“It’s sort of like keeping 9/11 from George Bush,” Webb told the Peters Show, reporting that his intel came from a “mosaic” of whistleblowers within the federal government.

President Trump, Webb believes, was storing the documents in a secure location at Mar-a-Lago and waiting for the right moment to expose them.

Following the ground-breaking interview with Webb, Peters laid into Democrats’ failed “witch hunts” to take down President Trump and warned that, ultimately, they won’t stop until they’ve used the 45th President and his freedom as a fuse to ignite America.

“None of the other witch hunts have worked,” Peters said of the countless deep state attempts to take down the 45th President.

“Now they’re getting closer to finding their fake reason to perp walk this president, Trump. They’re doing it on purpose with the intent to rile up this country into a kinetic confrontation with one another – that’s what they want,” Peters went on, saying that deep state feds want “complete chaos, complete pandemonium” as a pretext to cancel elections.

“You know what, we’re just going to do away with elections. They’re nothing but a distraction,” from wars on pandemics and “misinformation,” and the conflict in Ukraine, Peters predicted the Democrat Congress telling the American people after they’ve thrown President Trump in jail and thrust the nation into further chaos.

“Don’t you see this is coming?” Peters went on to ask, before calling out corporate media’s pivot from constant COVID-19 and pro-vaccine coverage to their accusations against President Trump, all as their COVID narrative house of cards collapses in on itself.

“And President Trump is the perfect fall guy. The perfect fall guy. You can see the pivot in the media about these shots being falsely referred to as ‘safe and effective vaccines.’ Now that they cannot hide from the death and destruction and injury that has come from this bioweapon, they’re going to turn around and pivot to Trump,” said Peters.

“‘If you are an outsider if you are a dissident, don’t you ever even consider holding office under the United States. We will execute you or we will imprison you.’ That is the message they are sending!”