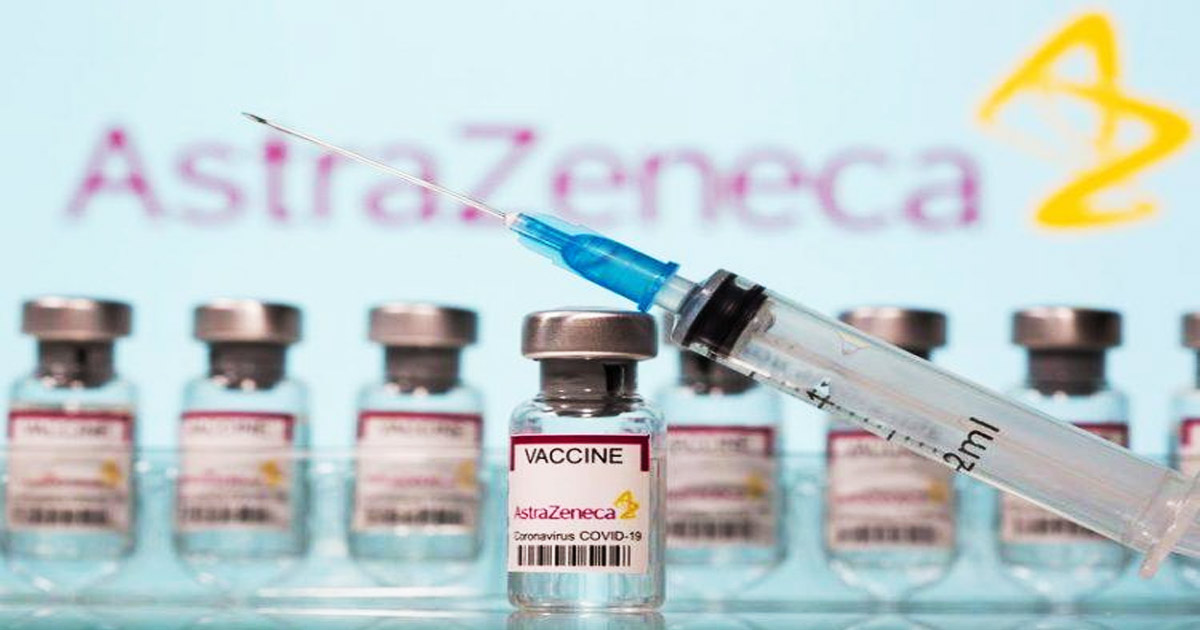 “O! BE SOME OTHER NAME: WHAT’S IN A NAME? THAT WHICH WE CALL A ROSE BY ANY OTHER NAME WOULD SMELL AS SWEET;” – JULIET, ROMEO AND JULIET, ACT II, SCENE II, WILLIAM SHAKESPEARE.

In a clear move in order to deceive the public and struggle to convince the same their CONvid-19 injection is safe, AstraZeneca rebranded their version named “Covishield” to “Vaxzeveria”. “That which we call poison by any other name would be just as injurious.” Because the AstraZeneca injection for the CONvid-19 has caused many recipients to develop blood clots, the company rebranded the name and packaging without making any alterations to the “formula”.

AstraZeneca has been struggling a lot to assure the public that its vaccine is safe. The name change doesn’t involve any alteration to the actual drug. The firm said, its packaging and labeling may look different but medical workers should be aware of rebranding.

The European Medicines Agency (EMA) signed off on the new name after the company sought approval from the EU regulator for the change.

Appallingly, the agency that is supposed to be “regulating” safety, the EMA, could care less about the blood clot controversy or it would not have approved the name change.

Covishield Covid-19 vaccine is based on the same formula and made in collaboration with the Serum in the institute of India.

The European Union had called for an Emergency Vaccine Summit after more than 8 European nations decided to stop using the AstraZeneca COVID-19 vaccine due to serious blood clot incidents reported in many countries.

This suspension is temporary. Pharma firm and EU health officials maintained that jab is safe and not associated with adverse effects or medical episodes leading to deaths.

However, the list of countries limiting the AstraZeneca vaccine is growing.

Canada also placed restrictions on the use of AstraZeneca on Monday and said this jab will not be administered to people younger than 55.

Meanwhile, American Federal health officials accused AstraZeneca of including “outdated information” and providing misleading data in touting the effectiveness of its COVID-19 vaccine in a U.S. study.

The company said it was working to verify and update the findings of the trial. AstraZeneca covid-19 vaccine has not been approved for emergency use in the US yet.

European countries seem to be skeptical of the AstraZeneca covid-19 vaccine despite reassurance from governments and medical bodies.

Recently, Germany has reported 31 cases of blood clots in the brain from AstraZeneca COVID-19 vaccine.

The cases are associated with CSVT or sinus vein thrombosis as per the German regulator and 19 out of 31 cases are linked to thrombocytopenia or blood platelet deficiency.

Only 32% of Germans and merely 23% of French people think that vaccine is safe as per a poll released on Monday by YouGov.

As reported by GreatGameIndia, the Chief Norwegian Investigator and Physician Pal Andre Holme who examined the three hospitalized health workers confirmed that it was indeed the AstraZeneca COVID-19 vaccine which caused the rare blood clots due to unexpected immune reaction.

In a separate article, GreatGameIndia.com indicated, “The Paul Ehrlich Institute (Vaccine regulator of Germany) said it has recorded 31 cases of a rare blood clot in the brain after people were vaccinated against COVID-19 with an AstraZeneca jab. Nine of these cases have resulted in deaths, the PEI added.”

By providing “misleading data” on the effectiveness of its CONvid-19 experimental injection – call this by the proper label of “falsifying information”, AstraZeneca has committed a crime and should be held accountable for the injuries recipients of the injection sustained. Moreover, there is no way any individual could provide proper informed consent with outdated information and false data being presented to officials.

As everyone should know by now, there is not one pharmaceutical company manufacturing these experimental injurious injections that have not committed previous gross crimes. For their engaging in criminal activity, the US Congress awarded these murdering, maiming companies immunity from liability. It’s all about the bottom line with these criminals and their bought and paid for lackeys in Washington, DC. Kill a few, kill a million – makes no difference to these companies; they rake in the profits as they grease the palms of Congress. It’s just business as usual. Fines? No worries. It’s just the cost of doing business.

What’s did we hear some official say again? Oh yeah, just expect a bunch of deaths. It’s nothing to worry about. What’s maiming and injuring a few more folks? The bottom line and endless supply of guinea pigs to pilfer and supply drugs for the injuries they cause are the cash cow. And, your said representatives were happy to serve you up on the proverbial silver platter or in some cases, the morgue stainless steel slab.

O AstraZeneca, AstraZeneca! wherefore art thou AstraZeneca? A deceiver engaging in crimes while rebranding the Covishield name; Or, being a Snidely Whiplash, twirling your mustache as you count your blood-soaked cash; all the while, skipping merrily upon your immunity.

Article posted with permission from Sons of Liberty Media

Suzanne Hamner (pen name) is a registered nurse, grandmother of 4, and a political independent residing in the state of Georgia, who is trying to mobilize the Christian community in her area to stand up and speak out against the tyrannical government, invasion by totalitarian political systems masquerading as religion and get back to the basics of education.

Do vaccinated belong to the patent holder?