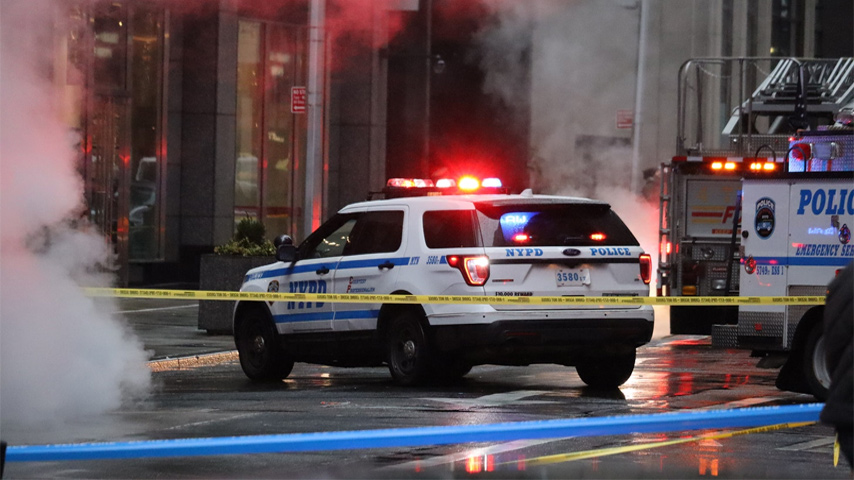 Anticipating the return of Jesus in an increasingly wicked world.

What a violent culture we live in today. According to a new report from the Council on Criminal Justice, homicides across the United States have increased by 44 percent since 2019. The data comes from 22 cities, including Atlanta, Detroit, Baltimore, Chicago, Denver, Memphis, San Francisco, Washington, D.C., and Philadelphia.

The murder rates went down in some cities like Seattle (25 percent decrease) but those were offset by skyrocketing rates in other cities. For instance, homicides in Austin, Texas, are up to 86 percent. Violent crime is sweeping the country. In parts of these cities, residents are afraid to go out on the streets at night.

This shouldn’t surprise us.

In Noah’s day, two sins predominated: excessive violence and sexual perversion. Genesis 6:5, speaking of Noah’s time, says, “The Lord observed the extent of human wickedness on the earth, and he saw that everything they thought or imagined was consistently and totally evil” (NLT).

There were other characteristics of Noah’s day as well. Jesus described it here:

“In those days before the flood, the people were enjoying banquets and parties and weddings right up to the time Noah entered his boat. People didn’t realize what was going to happen until the flood came and swept them all away. That is the way it will be when the Son of Man comes”—Matthew 24:38–39, NLT

As Jimmy Evans paraphrased this statement in his book, Tipping Point, despite the wickedness, it was business as usual. Noah was building a massive ark without a body of water nearby. There hadn’t even been rain on earth at that point. But Noah faithfully followed the directions God had given him. And as the years went by, he kept pursuing that task, because God called him to it.

Jesus also said that people will ignore prophetic warnings in the last days. They’ll disregard the clear message of God to them. But for the most part, it will seem like business as usual. People will go on with their day-to-day activities.

However, the writing is on the wall for anyone who will pay attention.

Just as Noah was mocked, followers of Jesus will be mocked as well, because that, too, is a sign of the last days. No doubt people thought of Noah as some sort of crackpot. If you talk too much about the end of the world today, others might paint you as a crackpot.

People laugh at the concept of Bible prophecy and the return of Christ, but one day their mockery will cease and their laughter will stop when Jesus fulfills His words. He is coming back.

When the Right Time Comes

The apostle Paul wrote this about the first arrival of Jesus Christ to this earth:

“But when the right time came, God sent his Son, born of a woman, subject to the law. God sent him to buy freedom for us who were slaves to the law, so that he could adopt us as his very own children”—Galatians 4:4–5, NLT

And again, when the time comes, Christ will return. Peter wrote about this:

“But you must not forget this one thing, dear friends: A day is like a thousand years to the Lord, and a thousand years is like a day. The Lord isn’t really being slow about his promise, as some people think. No, he is being patient for your sake. He does not want anyone to be destroyed, but wants everyone to repent”—2 Peter 3:8–9, NLT

According to Scripture, there will be a generation that will not see death. Instead, these individuals will be removed from the face of the earth in what is known as the Rapture of the church. This is what Jesus was referring to in Matthew 24:

Instantaneously, millions of believers from around the world will be caught up in God’s presence. This is spoken of elsewhere in the Bible as well:

“We will not all die, but we will all be transformed! It will happen in a moment, in the blink of an eye, when the last trumpet is blown. For when the trumpet sounds, those who have died will be raised to live forever. And we who are living will also be transformed”—1 Corinthians 15:51–52, NLT

And John wrote that this moment will allow us to experience Jesus fully:

Jesus himself told how He is returning for His church:

“There is more than enough room in my Father’s home. If this were not so, would I have told you that I am going to prepare a place for you? When everything is ready, I will come and get you, so that you will always be with me where I am”—John 14:2–3, NLT

In the original language, the phrase “come and get you” implies seizing by force. That is exactly what Jesus will do. With power, He will return and take His people into His presence.

A Deep and Holy Longing

Are you ready for His return? Are you looking for it? Are you preparing for it? That simply means living in anticipation of the return of Christ.

To put it another way, it means that you shouldn’t be doing things that would hinder your spiritual life. The teaching of the return of Christ should serve both to motivate you and to comfort you. As John wrote, “All who have this eager expectation will keep themselves pure, just as he is pure” (1 John 3: 3, NLT).

The great Canadian preacher and theologian A. B. Simpson once said, “There are two ways of looking at the Lord’s coming: a looking for it and looking at it. It is possible to look at it with a keen intellect and profound interest, and yet have it mean nothing to us personally. It is also possible to know but little of the theology of the subject, and yet have a deep and holy longing for the Lord to appear. May this theme be not only our study but also our personal hope.”

It isn’t just intellectually saying, “I know Christ will come again.” Rather, it’s looking for and welcoming His return.

And if we are living in the modern equivalent of the “Days of Noah,” then we should take the parallels with that moment seriously. Ours is an increasingly violent and wicked world. Sometimes that wicked environment can influence us in unexpected ways. I’m not saying you’re in danger of becoming a murderer. But I am saying to be careful. Are there any ways you’re being influenced by an ungodly world?

If there’s anything in our lives that should be changed—anything that is not right with God—we should deal with those things now. That’s an important part of being ready for His return.

Are You Tired Of Being Angry At The State Of The World?

Hope for Those in Dark Places