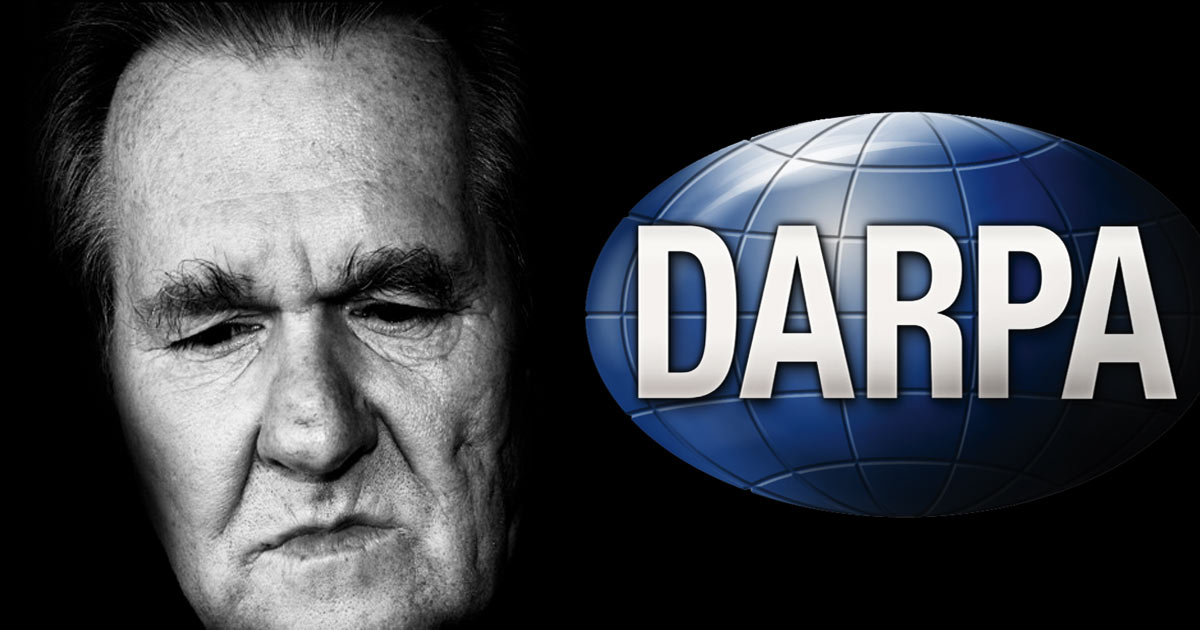 DARPA is ready to unleash Artificial Intelligence to invade your mind, politics, religion, health and socio-economic conditions to address infrastructure factors setting the stage for total global governance tyranny using a deceased French sociologist’s philosophy known as Habitus.  The danger of Habitus is that it does not seek merely to invade your mind and societal beliefs but exploit that knowledge to manifest a new metaphysical reality, in simplistic terms, the coronation of an alien god of this world. 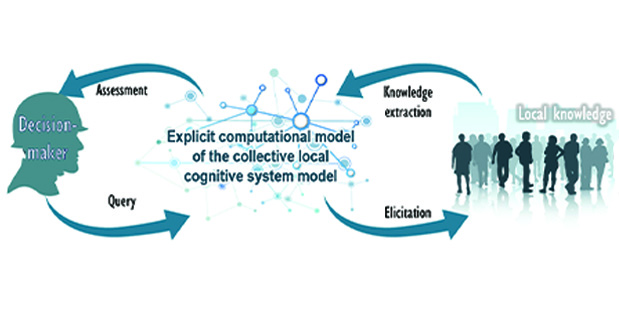 Photo caption: This graphic depicts the Habitus program concept. The term Habitus comes from 20th Century French sociologist Pierre Bourdieu who defined it as “…an expression of an individual’s social and cultural history which attempts to link lived experience to action.”

At the Founders Day introduction select people will be able to glean:

U.S. forces operating in remote, under-governed regions around the world and here at home often find that an area’s distinct cultural and societal practices are opaque to outsiders, but are obvious to locals. Commanders have been thwarted from making optimal decisions toward the objective of global governance because they lack knowledge of local dynamics. It is critical for AI to understand how to work with and influence local systems is critical for operational decision making in stability operations and is most challenging in under governed regions in which the systems themselves are often in flux or illegible. “Illegibility” and “legibility” are described by James C. Scott (1998), referring to ways in which states understand those they govern, in particular how certain schemes to improve the human condition have failed.  This will be for the express purpose of establishing global security.

Why would this DARPA be so threatening to humanity and more so for a Christian?  Through our use of technology we have entered the ‘sacred’ space of fallen angel technology.  It is built on an ancient ‘wisdom’ and in the physical plane it organizes the electrical environment into a ceremonial order.  The technology we are using creates an electrical bridge or electromagnetic tension based upon the sacred geometry of a hexagon using primordial water and air or ether.  This becomes problematic when we consider that our body is made up primarily of water.

In the Dictionary of the Sacred Language of all Scriptures and Myths, [apostasy and antithetical to the Bible] there is a symbol called ‘The Robe of the Waters’ that represents the vesture of wisdom enwrapping the liberated ‘self’…The ‘self’ is seen to be as a center wherein all the rays of the divine life are focused on one supernal Light, and about the divine nature is the garment…of truth [represented by] water.”  This cyclonic symbol also conveys an apostate idea on the outside is a ‘garment of truth’ [devoid of God] – a robe of air [ether] that builds, sustains and informs the manifestation in harmonization with its part in the Satanic hive. This robe is made of two fabrics – air and water, that supply information to all the cells of the body.  As this war advances, we will cyclonic activities in the heavens, atmosphere, and terrestrial waters.

The way that water holds this information is through a state of electrical tension based on the geometry of the hexagon. Because this fourth state of water is a liquid crystal, it acts as a semi-conductor. It can hold information through its hexagonal ring-like structures – such structures being known to be associated with the absorption of ultraviolet light at around 270 nanometres. Ultraviolet light will be increasing in this time period between 2020-2050.  The fourth state of water is formed out of sheets of these hexagons layered on top of one another like a honeycomb. Furthermore, the angle of each sheet shifts sixty degrees and as the layers of hexagons stack up, they create a helical structure forming a perfect robe to surround every molecule of DNA and RNA in the body.

Scientists believe that the mammalian brain functions through a fractal-like structure of hexagons at many different levels and how this arrangement translates thought-forms into electrical signals in the cerebral cortex.  Consciousness, from the perspective of scientists, are particles of matter in motion when they reach a certain level of a complex organization.

This, according to many apostates and scientists, is a good bridge between the material and spiritual perspectives.  They use the work of Bertrand Russell, agnostic philosopher, who proposed that consciousness exists, not in physical space, but in non-physical, perceptual space.  Dr Peter Walling, a clinical anesthesiologist at Baylor University Medical Center in Dallas discovered that out of the seeming chaos of brainwave activity, he saw an ordered geometry, geometric archetypes [found in chaos theory-called fractal attractors] subtly operating behind the workings of consciousness.

They believe consciousness requires sympathetically shaped receiving or docking stations in the matter, that can receive its communications from perceptual space and send objective information back to it, and this communication exchange between spiritual and physical dimensions occurs through fractal patterns based on hexagons. The first hexagonal pattern is in the part of the brain that is responsible for memory and navigation, the cortex.

Animals and human beings have a hexagonal spatial representation of the surrounding environment. Within deviant esoteric systems, there is the notion, that harmony is associated with the number 6, creating form and manifestation.  Furthermore, that prison of man, 666, the number of materialism, dominates of the lower mental, astral and physical worlds.  The global beast system is the process of liberation and reorientation of mankind to catapult him into supernatural [metaphysical] dimensions.  The DARPA Habitus aims at harnessing, exploiting, and preparing mankind for this ‘ascension’. What does the bible say to this?

To overcome barriers and challenges, DARPA is launching the Habitus program, which seeks to capture and make local knowledge available to military operators, providing them with an insider’s view to support sound global decision-making. The program aims to develop new engagement mechanisms and methodologies(using AI) for creating predictive, causal models of local systems based on input from locals. The will:

“Habitus is about making implicit knowledge explicit,” said Bart Russell, program manager in DARPA’s Defense Sciences Office. “We want to discover factors that locals think are important but that outsiders don’t know to ask about in the first place. How do you discover those factors?”

This AI Habitus program was beta-tested, interestingly, during the Ebola outbreak in West Africa from 2014-2016. AI “learned” the barriers of outsiders lacking knowledge of critical local factors affecting a rapidly changing, life-and-death situation. Response teams focused mostly on health issues in the community but not on traditional burial practices where family members touch and wash bodies of the deceased, thus increasing their likelihood of contracting the deadly disease. AI will now be deployed as a chronicler and societal intervention tool for the temporarily named nCoV, as it spreads around the globe.

The Habitus system aims to be:

Current methods for accessing local knowledge include subject matter experts, big data, and polling, which are valuable tools, but no single method is generalizable, adaptive, self-sustaining, and specific.

“The big data approaches have been fabulous for making a lot of data available to us,” Russell said. “But we are not understanding the data through the local lens from which it was generated, which is a big problem. We need to think differently about how to tackle this challenge.”

Personal outreach to local leaders is important and helpful to commanders, but it’s not generalizable to other locations and regions.

“It’s not feasible or sustainable to pay for subject matter experts to talk to every local community in vastly different regions of the world,” Russell said. “Habitus will require development of foundational science for creating explicit, local cognitive models and then scale them to be easily adaptable to other settings.”

One example of an existing engagement mechanism that is self-sustaining and adaptable is the smartphone app called AfriScout, Russell said. AfriScout enables farmers in Africa to see the current status of watering locations and grazing lands for their herds, significantly reducing time and effort looking for pastureland or water. The app is also adaptable, being used to highlight other important information such as dangerous locations where violence has been reported.

You have become a new person. This new person is continually renewed in knowledge to be like its Creator [you do not need a hive app].  Colossians 3:10

Humans develop causal cognitive representations – or implicit cognitive models – of systems of which they are part. This knowledge is often hyper-localized, changing dramatically with the interaction of cultural elements such as terrain, industries, population density (urban, rural), shared history, formal and informal power structures, religion, and ethnicity. These implicit cognitive models allow one to estimate which factors are most important for a given outcome and how those factors interact to anticipate future outcomes based on history, current events, and trends.  Until now these cognitive models have not been available to outsiders or global operational decision-makers.    DARPA’s AI will extract causal reasoning derived from locals.  Subject Matter Experts (SMEs) will be developed using cognitive models targeting (scaling) down to townships or municipalities.

For we are God’s masterpiece. He has created us anew in Christ Jesus, so we can do the good things he planned for us long ago.  Ephesians 2:10

Recent advances in participatory science and modeling have demonstrated that collective local understandings can provide more accurate estimations of future system outcomes than experts and other state of the art methods.  In other words, AI over SME’s for absolute trust.

Webcast for the teams who are preregistered.

Participants may be foreign nationals showing a valid government identification.

Other DARPA programs that are associated with Habitus are: 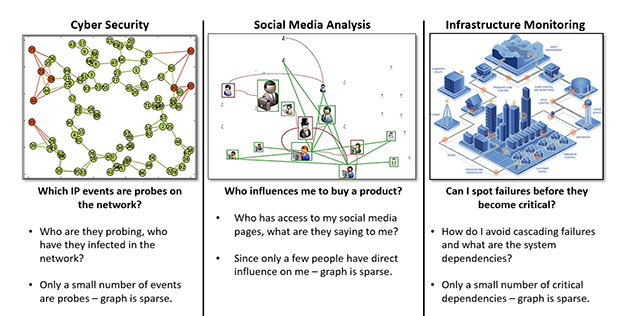 Social media, sensor feeds, and scientific studies generate large amounts of valuable data. However, understanding the relationships among this data can be challenging. Graph analytics has emerged as an approach by which analysts can efficiently examine the structure of the large networks produced from these data sources and draw conclusions from the observed patterns. By understanding the complex relationships both within and between data sources, a more complete picture of the analysis problem can be understood. With lessons learned from innovations in the expanding realm of deep neural networks, the Hierarchical Identify Verify Exploit (HIVE) program seeks to advance the arena of graph analytics.

The HIVE program is looking to build a graph analytics processor that can process streaming graphs 1000X faster and at much lower power than current processing technology. If successful, the program will enable graph analytics techniques powerful enough to solve tough challenges in cybersecurity, infrastructure monitoring and other areas of national interest. Graph analytic processing that currently requires racks of servers could become practical in tactical situations to support front-line decision making. What ’s more, these advanced graph analytics servers could have the power to analyze the billion- and trillion-edge graphs that will be generated by the Internet of Things, ever-expanding social networks, and future sensor networks.

In parallel with the hardware development of a HIVE processor, DARPA is working with MIT Lincoln Laboratory and Amazon Web Services (AWS) to host the HIVE Graph Challenge with the goal of developing a trillion-edge dataset. This freely available dataset will spur innovative software and hardware solutions in the broader graph analysis community that will contribute to the HIVE program.

Therefore, come out from among unbelievers, and separate yourselves from them, says the LORD. Don’t touch their filthy things, and I will welcome you.  2 Corinthians 6:17


The Proposers Day is scheduled for Feb. 10, 2020 in Arlington, Virginia, which will also be webcast. The following link provides details: https://go.usa.gov/xdbHT. Associated images posted on www.darpa.mil and video posted at www.youtube.com/darpatv

Remember the words of Jesus:

Look, I am sending you out as sheep among wolves. So be as shrewd as snakes and harmless as doves. But beware! For you will be handed over to the courts and will be flogged with whips in the synagogues.  Matthew 10:16-17

God Bless you from the trenches.  Be safe everyone.

Fall of Internet and the Rise of New World Order