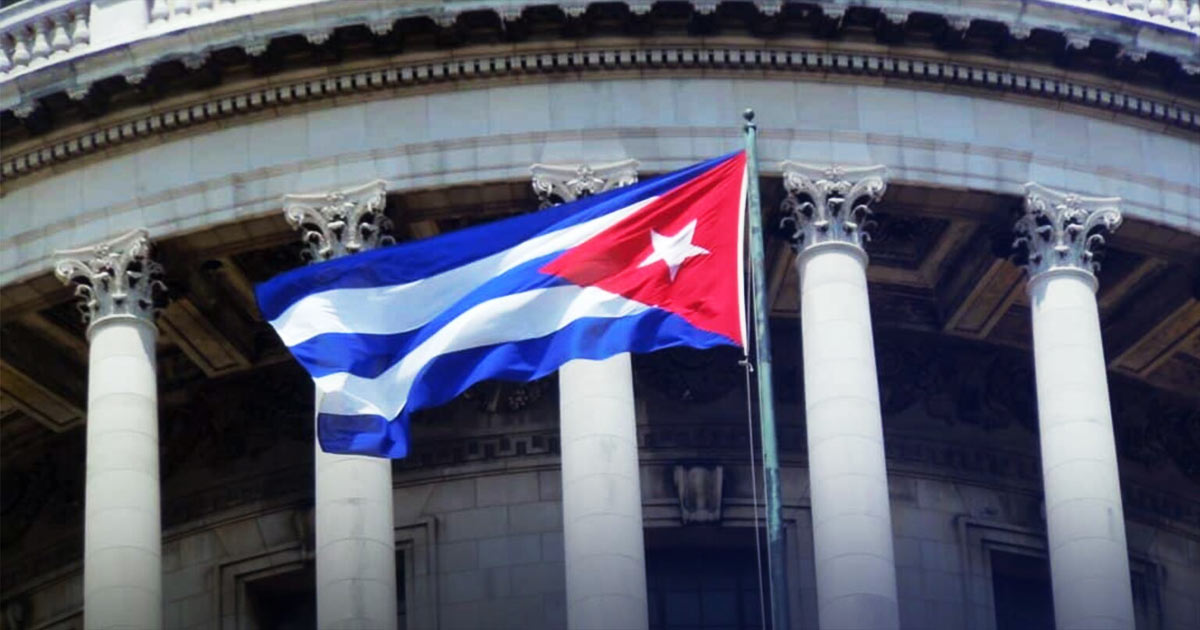 The move comes weeks after widespread anti-government protests gripped Cuba, which made international news largely because of photos and videos posted to social media by Cubans on the island. Cuban President Miguel Diaz-Canel explained that the law “goes against misinformation and cyber lies.”

As Reuters reports about Decree 35:

The legislation bans the spread of false news or messages and content deemed offensive or which “incite mobilizations or other acts that upset public order.” It also provides a channel for Cubans to inform on potential contraventions.

Those who have attempted to “subvert the constitutional order” will be considered cyberterrorists. It does not say what the penalties will be for violations.

The legislation drew concern from American lawmakers — including Rep. Maria Salazar (R-FL), a Cuban-American. She said that “the Castro regime intends to criminalize posting on social media — but nothing is going to stop the people of Cuba and their determination to be free.”

The regulation typifies the different incidents and facts in the network environment such as cyberbullying, fake news, massive blocking of accounts in social networks, pornography, cyber terrorism, cyberwar, and social subversion.

Those provisions are not new in the world. In a resolution approved by the General Assembly of the United Nations on December 31, 2020, regarding developments in the field of information and telecommunications in the context of national security, the entity notes, ‘States have the duty and the right to combat the dissemination of fake news.’

The Daily Wire previously reported that Cuba is relying upon Chinese technology to censor its citizens.

According to a report from the Open Observatory of Network Interference, the login portal for Etesca — the sole company in Cuba that provides internet access — “appears to have been written by Chinese developers, since its source code contains comments written in Chinese.” Etesca’s technology providers are Huawei, TP-Link, and ZTE — all of which are Chinese firms.

The Institute For War & Peace Reporting found that the Cuban government blocked Change.org — a site used to sign petitions — in 2019 during a “constitutional referendum when activists campaigning for a ban on ideological discrimination in universities used the platform to make their voices heard.”

The claims of “misinformation” have been used by many governments and social media companies to suppress information that runs in opposition to particular political stances and preferred narratives. This is despite laws in many countries protecting citizens’ freedom of speech.

In the United States, in the name of protecting citizens from “misinformation” important facts about the coronavirus as well as election integrity were censored. This suppression of information regarding the 2020 election led many, including a whistleblower from Google, to believe big tech companies were putting “their thumb on the scale of the election.”

In Canada, Facebook has appointed the government-funded CBC as their “fact-checkers” for the 2021 election, to stop the spread of “disinformation.” The “fact-checking” will also include censoring “harmful misinformation” regarding “COVID-19 and vaccines,” Facebook stated.

The CBC’s funding was increased by 9.8% in 2020 by the Canadian Liberal Government, raising its total to 1.3 Billion dollars in annual funding, according to True North. The increase comes in spite of record-low viewership from Canadians, who overwhelmingly do not trust the broadcaster to relay accurate information.

Ezra Levant of Rebel News condemned the move by Facebook, stating that, what this is really about is censoring views they don’t like.

The views that ruling authorities in Cuba deem “misinformation” are similarily those that they deem to be a threat to their control over their population, which has increasingly become vocal regarding their opposition to their lack of freedoms under socialist rule.

Although heavy censorship may not be shocking to find in communist countries such as Cuba, considering their history of suppressing political dissidents, we must recognize that the unprecedented censorship we are witnessing in the west is totalitarian in nature.

It is no surprise that Satan hates those who speak the truth. This has been displayed throughout history, and it is specifically amplified today, just as the Bible outlined it would in the time prior to Jesus Return.

2 Timothy 3:1, 8-9 states that “perilous times” will come in which “men of corrupt minds” will “resist the truth.”

Romans 1:18 similarly states that the “wrath of God is revealed from heaven against” those “who hold the truth in unrighteousness.” The word “hold” in this verse, comes from the Greek word “κατέχω,” which means to “hold back,” “restrain,” or “hinder.”

During the Cuban protests in July, many Republicans pointed to the crisis, using it as a prime example of what socialism/communism truly breads: loss of freedom.

Republican Marco Rubio, tweeted: “Protests in #Cuba aren’t simply about ‘shortages.’ Socialism promises guaranteed food, medicine & income if you give up your freedom. When, as always, it fails to deliver you don’t get your freedom back.”

Sen. Tex Cruz, whose family fled from Cuba, released a statement, which read: “The Cuban people have fought against the tyranny of the Communist regime for decades, and have taken to the streets demanding liberty. This regime has brutalized and denied the freedom to generations of Cubans, forcing many including my family to flee or be murdered, and over the coming days will widen its violence to try to suppress the brave protesters in the streets.”

“Socialism leads to pain and suffering and Cuba is the perfect example,” Sen. Marsha Blackburn, said in her statement.

Franklin Graham has also written about the growing support of Socialism in the United States, warning, “Godless socialism and communism are threatening our very way of life.”

“Every nation is under attack from within,” Graham stated. “Godless socialism and communism are threatening our very way of life in this country and the inroads already made are shocking. Even though no one has fired a shot, the battle is raging and we’d better wake up before it’s too late. It’s like some people have blinders on and don’t see the dangers of what is coming down the road.”