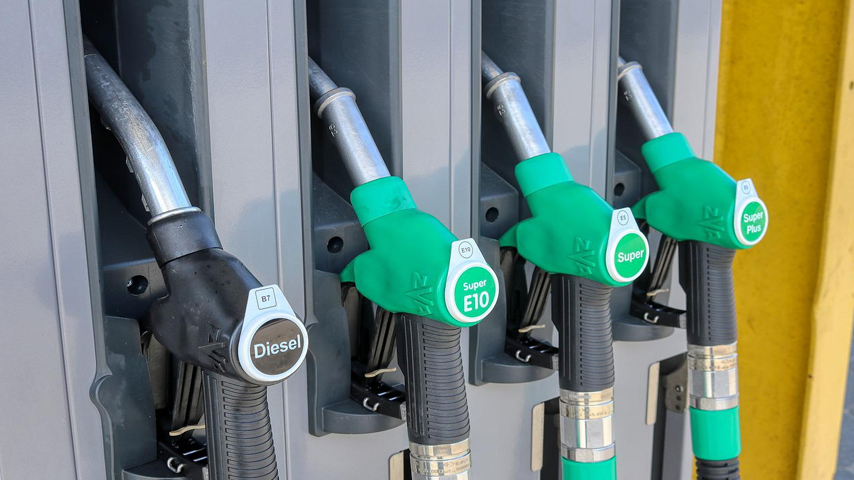 In my entire lifetime, global supplies of diesel fuel have never been tighter than they are right now.  And that is really bad news because the entire economy of the western world runs on diesel.  If we suddenly had no more diesel fuel, virtually all of our trains, trucks and ships would stop running.  Needless to say, just about everything that stocks our store shelves comes to us via trains, trucks and ships.  So the fact that there is not enough diesel fuel to go around is a really big deal.  Supplies have been declining for months, and at this point, diesel inventories have fallen so low that we only have a 25 day buffer remaining…

The U.S. is facing a diesel crunch just as demand is surging ahead of winter — with only 25 days of supply left, according to the Energy Information Administration.

National Economic Council Director Brian Deese told Bloomberg TV that diesel inventories are “unacceptably low” and “all options are on the table” to bolster supply and reduce prices.

Unfortunately, this is not just a problem here in the United States.

Globally, supplies of diesel fuel have fallen to the lowest level that we have seen since 1982…

“The demand for diesel tends to rise as you get close to the winter, because the molecule that makes up diesel is very similar to the molecule that you use for heating homes in the U.S., for winter fuels in Europe,” Tom Kloza, dean of U.S. oil analysts at Oil Price Information Service (OPIS), told Newsweek.

The issue is global, said Kloza, adding that diesel inventories around the world are the lowest as they’ve been since 1982, “and we’ve added about 3.4 billion people in that time.”

The total population of the planet has nearly doubled since the early 1980s, and so we truly are in unprecedented territory.

Like I said earlier, I have never seen global supplies of diesel fuel any tighter than they are at this moment.

Of course, that doesn’t mean that we are about to totally run out of diesel fuel.

But as supplies get tighter, we are likely to increasingly witness temporary shortages that have the potential to cause immense supply chain headaches…

A shortage of diesel fuel is spreading across the United States, with one company launching an emergency delivery protocol, requesting a 72-hour advance notice from clients to be able to make the delivery.

Per a Bloomberg report, fuel supplier Mansfield Energy wrote in a note to its clients that “conditions are rapidly devolving” and “At times, carriers are having to visit multiple terminals to find supply, which delays deliveries and strains local trucking capacity.”

In a desperate attempt to alleviate the pressure, two tankers that were loaded with diesel and jet fuel that were headed to Europe have been turned back around…

Meanwhile, the scarcity of diesel has prompted traders to start diverting cargoes with the fuel that were originally bound for Europe, Reuters reported earlier this month.

Tanker tracking data showed that at least two tankers with some 90,000 tons of diesel and jet fuel that were initially bound for Europe were diverted toward the U.S. East Coast.

That may help us a bit, but it is not good news at all for the Europeans.

In fact, some areas of Europe have already started to experience very serious shortages of diesel fuel.

Unfortunately, things are not likely to improve much any time soon.

In recent years, politicians in the United States and Europe have made life really difficult for refiners.

As a result, the number of refineries has actually been shrinking, and nobody has really wanted to build any new ones.

Now we get to experience the consequences of their very foolish policies.

At this point, we are being told that the only way to reduce demand for diesel is to have a “significant slowdown in freight movements and manufacturing activity”…

Stabilizing then rebuilding inventories to more comfortable levels will require a significant slowdown in freight movements and manufacturing activity.

There are early indications manufacturing and freight activity peaked in the third quarter of 2022. If confirmed that would take some of the pressure of distillate inventories.

But a deeper and more prolonged slowdown in the United States and/or in Europe and Asia will be needed to boost inventories significantly.

Rebalancing diesel supply will likely require a further rise in interest rates and tighter financial conditions in the United States and other major economies to reduce fuel consumption to more sustainable levels.

In other words, it is going to take a recession and/or a depression in order to fix this crisis.

We should have never allowed things to get this bad.

Over the past decade, we should have been building a lot more refining capacity.

But our politicians didn’t want that, and so now we all get to pay the price.

And thanks to the war in Ukraine, supplies from Russia that could help alleviate this nightmare are not going to be available.

So there will be shortages.

Also, it is likely that diesel prices will go a lot higher than they are right now.

Needless to say, that is going to add even more fuel to our ongoing inflation crisis because just about everything that we buy has to be transported.

This is yet another reason why our standard of living is going to continue to go down at a frightening pace in the months ahead.

We truly have got a colossal mess on our hands, and it is going to be with us for quite some time to come.

Billionaire investor Carl Icahn warns ‘the worst is yet to come’ for investors and compares U.S. inflation to the fall of the Roman empire