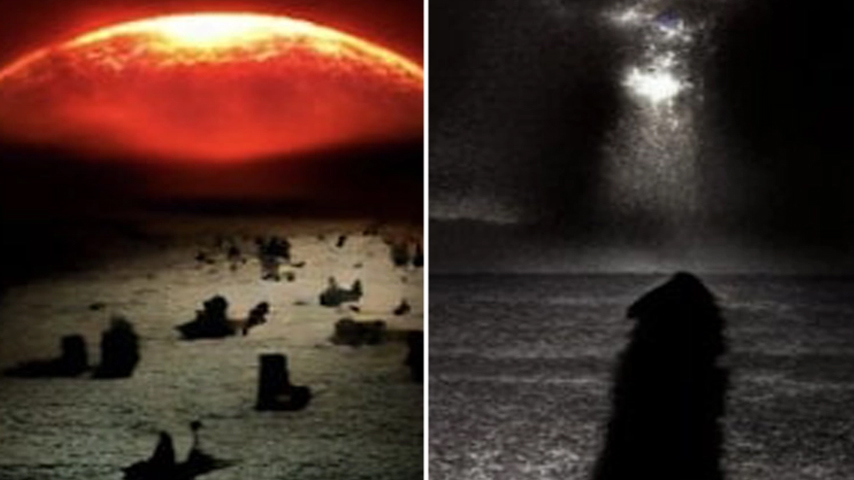 AN ARTIFICIAL intelligence text-to-image model has forecasted a disturbing end to mankind’s existence.

The AI has been trained to create its masterpieces using unfiltered data from the internet.

It can then come up with an image based on keyword prompts.

When prompted to generate images representing the end of mankind, the AI spit out a burned terrain and some of the images showed a solo traveler.

The images do unfortunately resonate with the notion that the world-ending incident will have survivors who roam the dystopia alone.

One of the positive interpretations of this image is that it’s not necessarily staged on Earth.

The red overtones jive with the surface of Mars, which would mean humans achieved a multi-planetary existence before the end of mankind.

The size and distance of the Sun is not familiar to livable planets in our Solar System, but there are numerous stars with unexplored planets in close proximity to their host star.

Overall, the Craiyon bot makes for a thought-provoking experiment on the capabilities of AI and its source data.

DALL-E mini has since changed its name to Craiyon and is in the process of redirecting users to its new website.

The change came to avoid confusion with another AI called DALL-E which was created by OpenAI and can also conjure up unusual images.

The AI is basing its creations on information humans have given it and is in no way actually predicting the future no matter how many TikTok accounts claim it is.