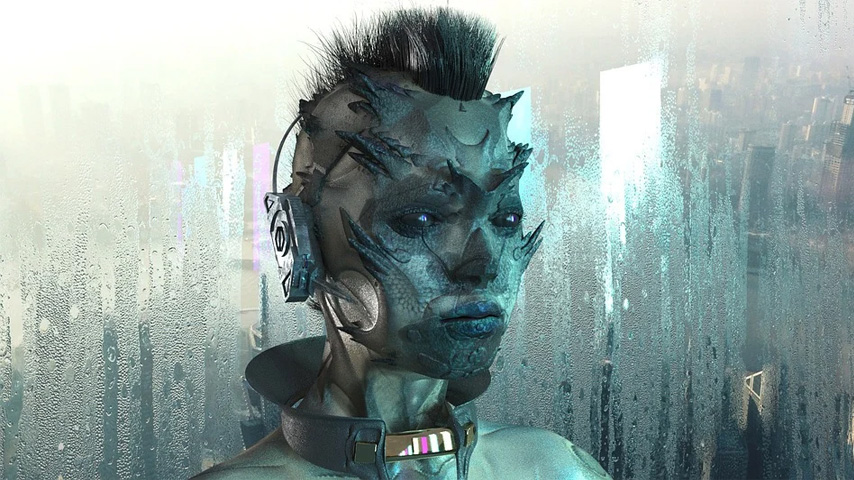 Claytronics merges nanoscale robotics with catoms to theoretically create 3D tangible objects, having the ability to interact with humans. A catom is a computerized atom and is the fuel of programmable matter, a material capable of assuming any predetermined shape and morphing into other forms upon command. Catoms could conceivably assemble copies of a single person to be present at multiple venues at the same time.

Known as telepresence, a replica of the original person can communicate as the data transfer travels between the person and the remote location. A 3D claytronic version of yourself that could appear in front of you, giving you a handshake or even a hug.

Project Personal Artificial Intelligence or PAI was created on the idea that every human being should possess their own digital 3D Avatar, who would think, speak, behave and perform activities on your behalf.  All professional and personal endeavors would be done by your digital 3D Avatar. According to PAI, “The focal point of all interactions on the PAI blockchain are PAIs – intelligent 3D avatars that look, talk and behave just like their human counterparts, made from the digital profiles of the user’s online behavior.

For example, celebrities and musicians could entertain in multiple venues on the same day. You could be present in a social media conversation even when you are not. Imagine getting paid for a job you never work. As a virtual assistant, your 3D Avatar could function as a personal secretary. No need to ever answer the phone or respond to a text or email again.

In order for PAI to be implemented, a radical shift in the current world paradigm would have to occur. Although the idea of having a personal 3D Avatar would be appealing to a small percentage of the population, I suspect most would prefer to remain an original autonomous version of themselves. But just as in the case of the vaccines, the buyer of Personal Artificial Intelligence will be the governments of the world, not the people. Currently, the established democratic world order isn’t interested in 3D Avatars. However, the technocratic world order would be intrigued at the thought of replacing humans with a digital replica, which could be modified to obey all commands.

Enter The Great Reset and Klaus Schwab. He is the founder and executive chairman of the World Economic Forum, the International Organization for Public-Private Cooperation. Professor Schwab founded the WEF in 1971 and is the author of “The Fourth Industrial Revolution.”  Schwab is also an engineer and economist, holding doctorates in both disciplines.

The World Economic Forum employs over 700 people, with its headquarters in Geneva, Switzerland, and additional offices in New York, San Francisco, Beijing and Tokyo.

For this discussion, I’m going to focus on the practical and spiritual esoteric aspects of Klaus Schwab and the ultimate goal of replacing humans with 3D Avatars. Recently, Swab was famously quoted  “The pandemic represents a rare but narrow window to reflect, reimagine and reset our world.” This is otherwise known as “The “Great Reset.” Here is what  “The Great Reset” is in practical terms

“The Great Reset” is a new “social contract” that ties you to it through an electronic ID linked to your bank account and health records, and a “social credit” ID that will dictate every facet of your life While the COVID-19 pandemic is being used as a justification for the Great Reset movement, the agenda has nothing to do with health and everything to do with a long-term plan to monitor and control the world through digital surveillance and artificial intelligence.

The Great Reset and the Fourth Industrial Revolution have rebranded terms for technocracy and the old “New World Order” melded with the transhumanist movement. Technocracy is an economic system of resource allocation that revolves around technology — in particular, artificial intelligence, digital surveillance and Big Data collection — and the digitization of industry and government, which in turn allows for the automation of social engineering and social rule, thereby doing away with the need for democratically elected leadership. While the real plan is to usher in a tech-driven dystopia free of democratic controls, they speak of this plan as a way to bring us back into harmony with nature.

From an esoteric point of view, Klaus Schwab will sometimes wear an occultic robe while giving lectures. In addition to the nine-pointed star on the robe, there’s one on the podium he speaks from. This is the Star of Ishtar, also known as an En-nea-gram, a symbol representing the fusion of all that is, and used for the pursuit of knowledge and cosmic deities, The Enneagram is also a study of the good and bad side of people, which seeks to achieve the mental equilibrium, without the interference of God. The triangle of Freemasonry, combined with the pentacle forms of an Enneagram represents the Satanic Trinity. And Freemasonry is partnering with Baha’i Faith.  A modern religion, purposing all of the people and faiths of the world are the same and should unite into a one-world religion. So, every strategic position within the UN is occupied by someone who belongs to one of these occult religions.

Another icon on Schwab’s robe and the podium is a bull with a cross positioned between his horns. The is symbolic of the mystery religion Mith-ra-ism. Mithras are known as  Sol Invictus, the unconquered sun, who is also known as the pagan sun God RA.

Also displayed on Schwab’s podium are the Latin words ” Scientia Ingenium Vitus” which means..”Knowledge Of Immense Power”…  This is Gnosticism. The occultic belief that knowledge will lead to enlightenment, and eternal life, apart from the God of the Bible.

Professor Schwab also is a Transhumanist.  His technocratic ambitions could have a direct connection to fellow Transhumanist Elon Musk and his development of Neuralink, a brain interface machine connecting to Artificial Intelligence. Schwab once said quote ” The end of  The 4th Industrial Revolution will lead to a fusion of our physical, our digital, and our biological identities.”

The future technocracy will involve a two-class system. The ruling technocratic elite, and the 3D Avatar serfs, have replaced their human counterparts.

Are they “vaccinating” us with nanoweapons? Someone should ask Dr. James Giordano