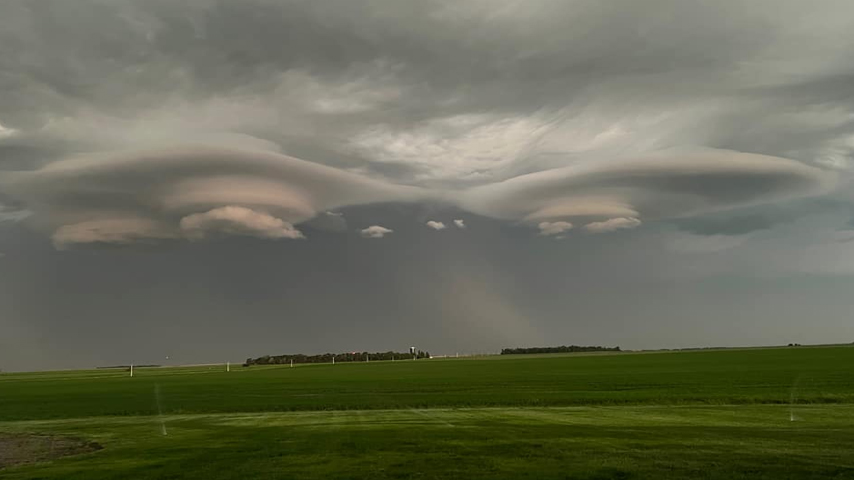 Some crazy-looking lenticular clouds near Steele, North Dakota, away from mountainous areas. 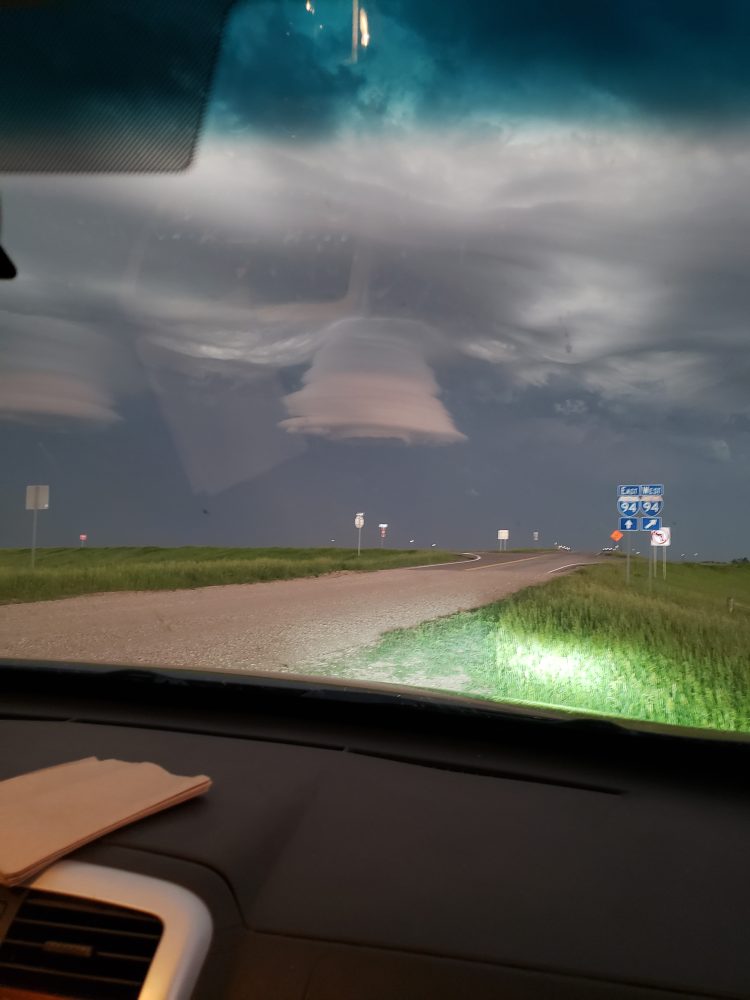 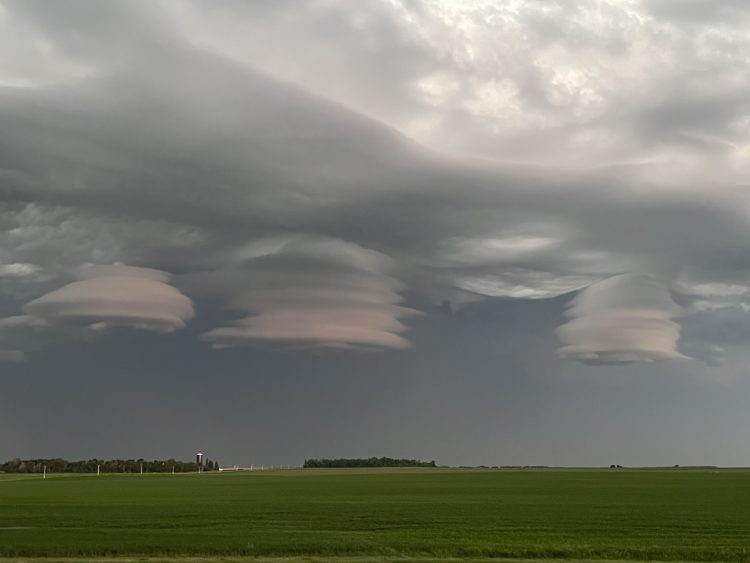 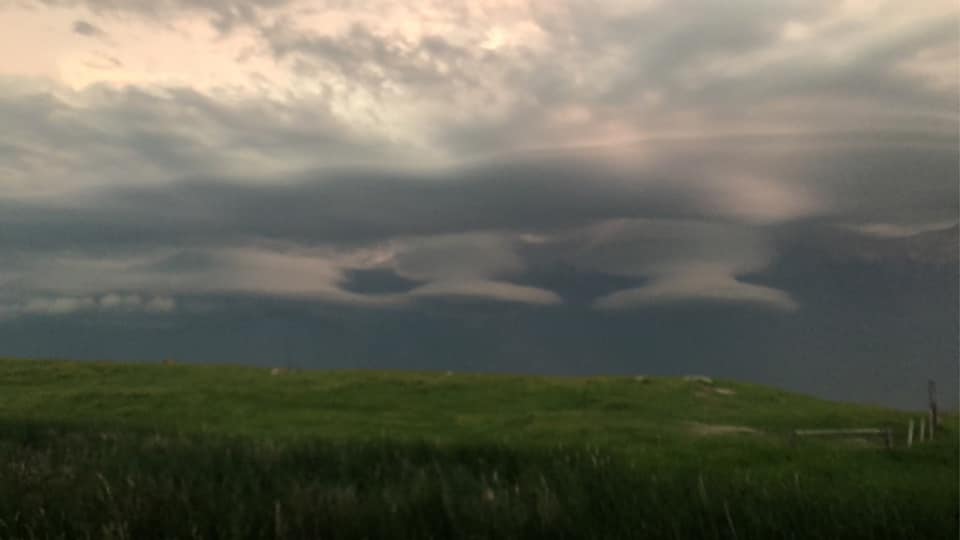 Pictures were taken by Jacob Morse on June 19, 2022. Here is the Twitter post where they first appeared:

Looking back at these lenticular clouds from last night… WOW, first of all.
Second, I've never seen them form away from mountains, but I think there was enough rising and sinking air in the atmosphere from thunderstorm outflow.
Photos from around Steele, ND.
Thoughts? #NDwx pic.twitter.com/8q19W4J437

Normally, these lens-shaped orographic wave clouds form when the air is stable and winds blow across hills and mountains from the same or similar direction at different heights through the troposphere.

But near Steele, everything is flat! There was enough rising and sinking air in the atmosphere from thunderstorm outflow.

Weather warfare at its best!

France’s Macron Stuns As He Declares Un-Vaxxed ‘Not Citizens’