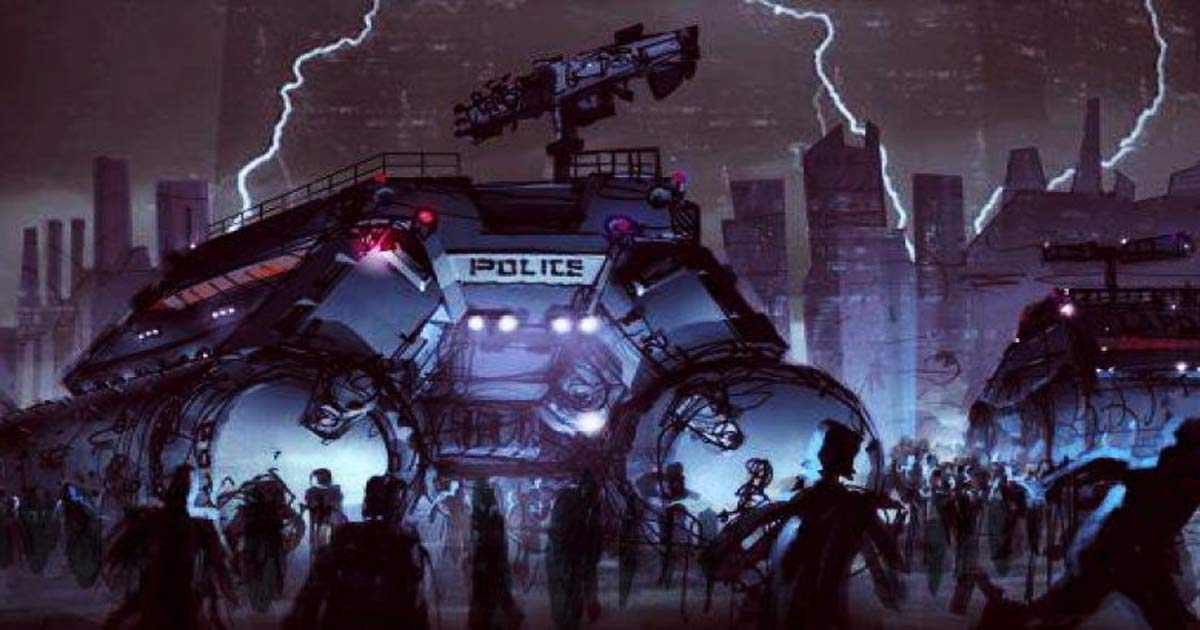 It is disturbing to hear people who should know better describe the George Floyd riots as anarchism. The riots are not anarchistic, they are nihilistic. The people engaged in looting, arson, and widespread assault have zero comprehension of political philosophy.

There are, of course, a whole lot of people demonstrating who are not involved in crime and violence. However, these are the dupes, the idealists routinely exploited by the state and its propaganda media.

Rampaging “anarchists”—many undoubtedly agent provocateurs—are not interested in justice, fairness, nonviolence, and peaceful dialogue. They are providing a pretext to usher in a fascist police state.

Black-clad militarized American cops—many veterans of the illegal wars in Afghanistan, Iraq, and Syria—view citizens as the enemy. This is drilled into them at the academy and every day on the job. It is a gang mentality.

The propaganda media focus exclusively on the murder of blacks. However, if we consider the statistics, far more victims of police overreaction and sadism are white. This fact, however, does not serve the agenda, which is the destruction of civil society through irrational political polarization, racism, tribalism, and escalating violence.

This state of affairs will be exploited to call for a clampdown on political dissent. COVID “contact tracing” is now being used to track down activists and those associated with them. Facial recognition is used to find targeted individuals in crowds. From the start, I said this supposed public safety gimmick would be used to isolate and destroy peaceful activism.

Now that police are joining protesters, the state will turn up the heat. I believe we can expect a false flag event to justify martial law, primarily imposed in iron-fist fashion in the larger urban areas of America. In order to dovetail with rhetoric pushed out by the media elite, the false flag will be pinned on “white nationalists” and other “extremists” now pigeon-holed by the FBI as far worse than ISIS or al-Qaeda.

COVID was the first act. It demonstrated that millions of Americans will follow the authoritarian orders of their “representatives” and elected officials. COVID was in part a test run to see how far citizens can be pushed before they react.

The George Floyd riots represent act two of the COVID-spawned lockdowns. 24/7 propaganda media coverage of burning cities and looting of big box stores around the nation have frightened average Americans and pushed a bad seasonal flu to the sidelines.

If the chaos continues, there will be citizen demands for law and order. Either by design or ineptitude, local law enforcement has stood down during the riots, failing to protect lives and property. Officials will argue that the ongoing destruction and violence can only be contained by the military. So serious is the threat, local law enforcement is said to be overwhelmed.

The state has planned this eventuality for decades. After the race riots of the late 1960s, the government established the ADEX list of “subversives,” that is to say activists opposed to the state while simultaneously operating the FBI’s COINTELPRO neutralization campaign against civil rights and antiwar activists.

The ADEX list is the tiny ancestor of today’s Main Core, a database containing personal and financial data on more than a million people. REX-84, Garden Plot, Lantern Spike, and other military operations were put into place to round up activists and enemies of the state, as former congressman Jack Brooks pointed out during the Iran-Contra hearings.

It is not clear what the state will do next as part of its latest and greatest psychological operation against the American people. However, as the COVID “plandemic” demonstrated,all that is needed to keep the plebs in line is fear and division.

Divide et impera—divide and conquer—has been used for centuries by various authoritarian states, long before Niccolò Machiavelli penned his The Art of War.

Kurt Nimmo has blogged on political issues since 2002. In 2008, he worked as lead editor and writer at Infowars, and is currently a content producer for Newsbud. His book Another Day In The Empire is available from Amazon.