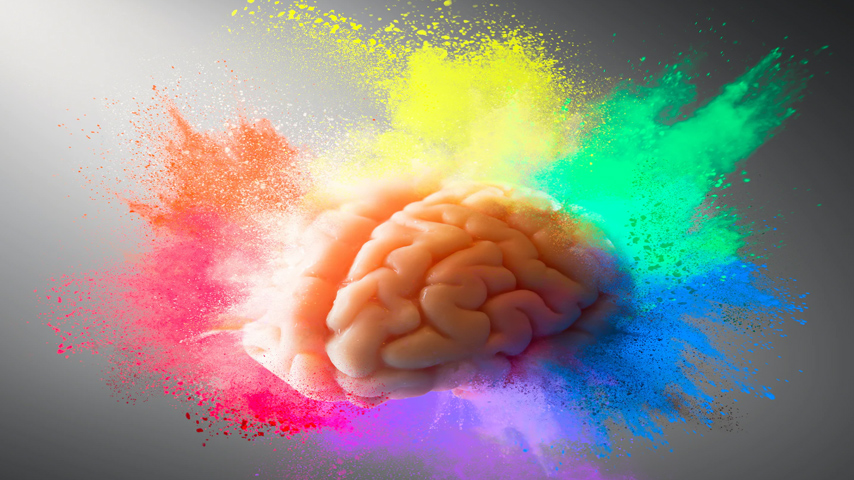 For over a year now, the concern about the Covid vaccines adverse effects on our vascular system has been haunting me.

On Team Reality, many of my biologist friends took a very different route of investigation than mine. They all dove into arcane science – well beyond my reach, I admit – trying to explain the extremely wide diversity of pathologies – strokes, myocarditis, thrombosis, neurological disorders, feet blister, tinnitus … – through a rich spectrum of microbiological processes. And indeed it is quite mind-stretching to grasp what – and how – the same nanoparticles would trigger such distinct pathologies.

However, most scientists have ignored three very fundamental, numerically significant and factual traits of these vaccines:

In the next few lines, I will highlight why I believe:

These vaccines have the potential to create a wave of neurodegenerative diseases, adding new urgency to stop the vaccine dystopia.

Brain Vasculature Should be the Prime Target of LNPs

Utilizing 20% of the body’s energy, the human brain contains ~650 kilometers of blood vessels, roughly 6 times the lungs’ own vascular system. As such it would be natural that the brain would face the most endothelial risk in the human body.

When the data about the LNP distribution came out last year, most of us naturally focused on the organs where most of the nanoparticles seemed to be principally localized: liver, spleen, ovaries, heart, lungs … Strangely, the brain seemed relatively untouched with a peak estimate at 2 million nanoparticles in the brain, whereas the lungs seem to retain 6 times more vaccine particles… an inverted proportion.

There’s an acute difference between the brain and other organs: As a vascular system, the brain-blood-barrier (BBB) is a much tighter assembly of specialized endothelial cells than the rest of the circulatory system.

The BBB controls what penetrates the brain much more tightly and rigorously. In other words, vaccine particles can come in and out freely in most organs, not in the brain. As long as the brain-blood barrier is leak-proof, very limited quantities of lipid nanoparticles – or pseudo-virus vectors – will penetrate the brain.

As we have witnessed with the escape from the injection point, it doesn’t mean necessarily that tissues are favorable to transfection…so a significant proportion of cytotoxic LNPs accounted for in Chart 1 aren’t necessarily synonymous with severity. Indeed, they might leak back into the lymphatic system and the bloodstream later on.

What I am trying to say is that it might seem from Chart 1 that the brain is not so much at risk, but effectively it probably is. Simply the brain isn’t storing LNPs in the tissue the way muscles or the heart might…and therefore the 2 million LNPs accounted for in the brain are likely transfected BBB endothelial cells!

For the record, 2 million endothelial cells represent a surface of 26 sq. cm. on a grand total of 12 sq.m. of BBB surface at each injection for Pfizer only. Moderna, AstraZeneca and Jenssen risk 75 sq.cm. at each injection. Between 0.02% and 0.06% of the surface seems negligible, but over time even the mightiest of ships will sink if a tiny leak isn’t repaired.

Worse, as discussed in one of my last recent articles, an accidental intravenous injection would increase 100-fold the transfection potential, significantly increasing the direct or indirect risk of harm to the brain.

Whatever the scenario, at each injection, particularly when the schedule has been very short – i.e. leaving no time for repair – a significant risk exists in poking permanent small holes into the shield that protects our brain.

The brain-blood-barrier is a highly sophisticated platform dedicated entirely to the protection of the human brain. There can be no doubt that protecting the brain and the cerebrospinal fluid – in which the brain is maintained – serves a critical survival purpose.

The work of Professor Burkhardt, a German Pathologist, has shown the potential vascular damage of these vaccines on the arteries; evidently, similar harm can be inflicted by these Covid vaccines on the brain’s vascular system.

Despite the body’s incredible repair capabilities, we know from scarred skin tissue that repairing heavy cellular damage often ends up with diminished functionalities or flexibility. It is therefore logical – and probable – that the same cause that created arterial damage upstream from the brain, would trigger a comparable deleterious effect on the BBB, threatening the brain’s tightly controlled flow between the blood and the brain.

The depiction of neurodegenerative disorders by today’s researchers resembles very much what I have been describing happening in other parts of the circulatory system, except here it triggers a different domino effect…harming pericytes, breaking up the interstitial fluid flow, letting in albumin, etc… but the root cause remains endothelial harm.

For the past few decades, teams throughout the world have investigated the consequences of BBB breakdown. Here is an accessible American Scientific article you might enjoy. What these teams have found is a correlation between BBB permeability and neurodegenerative diseases.

The location of the BBB leak determines the type of degenerative disease:

The location of the transfection and its concentration on the endothelial surfaces continue to explain well the adverse effects we have witnessed these past 15 months:

The same damage to the BBB – concentrated enough – would inevitably create permanent leaks into the brain, that over time, depending on the severity of the leak, will probably trigger another global epidemic of neurodegenerative diseases.

…it is utterly unacceptable that vaccine manufacturers and public health authorities did not consider the potential damage to the BBB and the atrocious consequences over the lives of millions who will ultimately suffer from neurodegenerative disorders such as Alzheimer’s, Parkinson’s and epilepsy.

In my close friends:

The neurodegenerative disease doesn’t fall only on the very old, far from it…

The more sophisticated our healthcare, the more neurodegenerative diseases surround us.

It is quite obvious to me that we need to overhaul entirely our public health view of vaccines technologies – and their delivery – to avoid further collective damage, notably via damage to the brain-blood barrier.

The question that inevitably comes to mind is:

Have past vaccines been the cause behind the explosion1 of neurodegenerative diseases these past decades? It sure is a hypothesis worth investigating.

Have we now made things much worse by precipitating the vaccination of the entire world? Unfortunately, it’s very likely…

Analysis of a single drop of the Pfizer “vaccine”