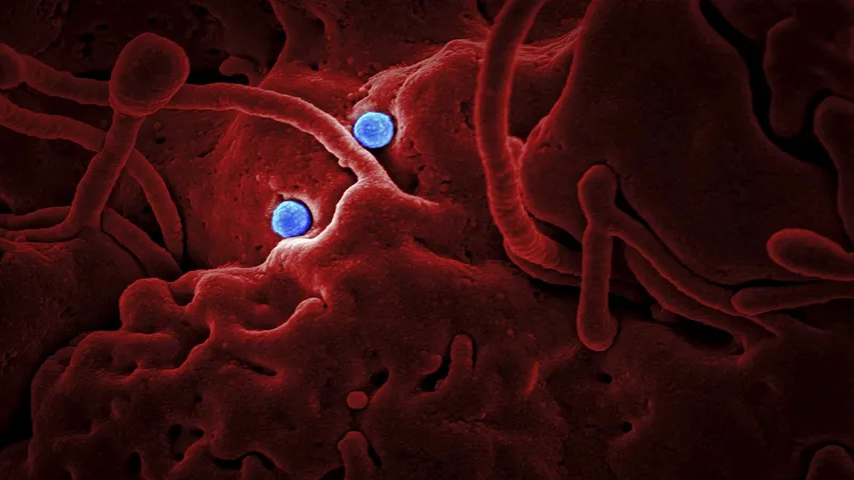 Earlier this year, the French Prime Minister, Mr. Jean Castex, warned that the French elections planned for April 2022 may have to be postponed as there may be an outbreak of Marburg disease.

How does he know?

One dark evening late in February 2022, the Covid narrative left the world arena – mostly in the global west – quietly through the back door. There are some stubborn “hang-ons”, like Canada and Australia, but they may follow suit in time – when the masters tell them so.

In comes through the front door, the devastating Ukraine-Russia war. It takes over the media in a storm, from one day to the next – and people’s attention is focused on the atrocities of war. It’s like an overnight switch from health, alias disease, to war. Both are deadly.

That’s almost too much. That’s not what the “deep state” wants. They want a moderate switch. The media must dampen their Ukraine war reporting. They want people to enjoy life now, an illusion of being “back to normal”; a personal diversion.

A clever socio-psychological game. Pretty much what Edward Bernays, nephew of Sigmund Freud and a pioneer in the field of public relations and propaganda, did to help Woodrow Wilson convince the American people to break America’s then “neutrality”, and that entering WWI was necessary for “national security”.

If anybody thinks that Covid is now over and we can go back to normal, or as the Swiss Health Minister recently told an interviewer, “Go and enjoy life”, they are dead wrong.

What is planned makes the Covid plandemic look like a benign training exercise.

But what is planned doesn’t necessarily have to become true. We, the People, when we are aware of the plan and awake, we have the moral, ethical and spiritual capacity to stop it. We don’t just want to enjoy life; we want a spiritual life in long-lasting Peace. For that, we have to know the plan and we have to be awake. We have to connect in binding solidarity with each other.

Here is the plan.

Earlier this year, the French Prime Minister, Mr. Jean Castex, warned that France’s elections planned for April 2022 may have to be postponed as there may be an outbreak of Marburg disease.

Marburg disease is similar to Ebola, it causes internal bleeding and death. From 2014 to 2016, there was an unusually strong Ebola outbreak, concentrated in the West African countries of Guinea, Liberia and Sierra Leone. Over two years, 28,616 cases of Ebola and 11,310 deaths were reported. This is a death to case rate of about 40%; as compared to the average covid death rate of less than 0.1%.

If there is indeed a dark sinister cult behind the UN Agenda 2030, then as part of the cult’s rules, individual steps of their disaster agenda must be revealed to the people in one way or another. This has happened in the past on many occasions with regard to the disastrous events planned for UN Agenda 2030. Mr. Castex’s warning about a “horrible virus” [Marburg], may have been just that. See the video below.

We are now in the third year of Agenda 2030, alias The Great Reset. There may be many sinister occurrences to follow covid and the war. But we the People, will not allow the implementation of Agenda 2030. We shall overcome!

The goal at the end of 2030, foresees depopulation; a monumental shift of properties and assets worldwide from the lower and middle echelon, private and public assets to the top – and full digitization of everything, including the human brain, making of the surviving humans “transhumans”, who “will own nothing but be happy” (Klaus Schwab, WEF).

Again, this is their plan. We can and must resist it.

Todd is also a leading figure in the movement to defeat the US Federal government’s covid campaign, its medical establishment, and Big Pharma. The interview, part of Reiner Fuellmich’s Grand Jury, a Public Trial, often dubbed “Nuremberg 2.0”, against the criminal perpetrators of the devastating covid plandemic, was first published on 28 March 2022.

In his crucial testimony, Attorney Todd Callender provides evidence on how the wireless 5G technology can kill and produce “Marburg”. He describes in mind-blowing detail, how the wireless technology in combination with the graphene oxide spiked mRNA vaxxes causes genocide.

See this full video interview (1:11:51 h); revealing and shocking to the bones – what is planned and what has already taken place in hospitals in terms of organized genocide. People, beware of hospitals. See the video below.

Attorney Todd Callender also discloses how “after they modify you, they will own you”, meaning by DNA modifying mRNA-vaxxes. He is referring to a US Supreme Court Decision – No. 12–398. Argued April 15, 2013—Decided June 13, 2013. See this.

This sounds terrifying. But you must not let yourself be plunged into fear, by reading this story. Fear lowers people’s immune response, and fear makes people vulnerable – and obedient.

To resist – and we, who are not only informed but also “spiritually awaken” – we must not be fearful – and PUT OUR TRUST IN CHRIST ALONE.