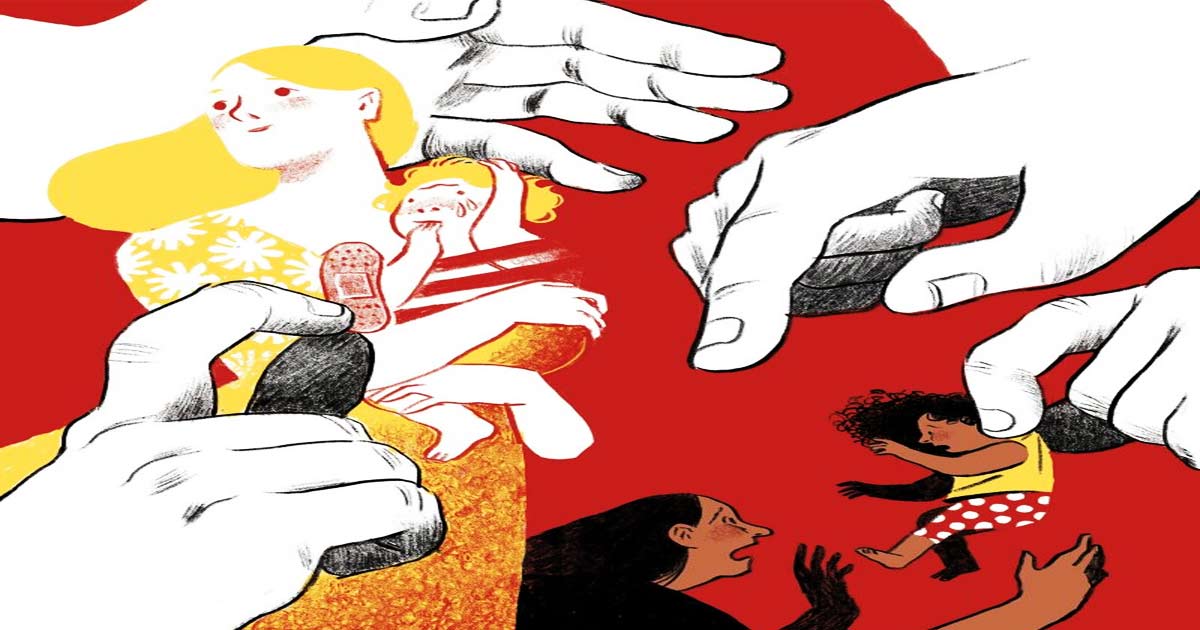 This past Friday (June 26, 2020) US District Judge Dolly Gee ordered the release of migrant children who are currently being held in ICE family residential centers, due to fears of COVID-19 spreading.

This is a peculiar ruling, given that children have almost a ZERO chance of dying from COVID, while older adults with pre-existing conditions are most at risk.

So if the children’s parents or other adult family members are not released, where will the children go?

They are to go to “non-congregate settings” that include “suitable sponsors.” This is basically the foster care system, which we know is the main pipeline for supplying child sex slaves in child trafficking.

Children coming across the border with no birth certificates and other documentation are ripe for child trafficking, and this was highlighted in a 2016 report by U.S. Senator Rob Portman which showed just how widespread this is.

His Senate report noted several “Systemic Deficiencies” in the government’s failure to protect these vulnerable children from organized criminal trafficking:

So these migrant children in ICE family residential centers were already in the safest place they could possibly be, but now due to a federal district judge they could potentially be released and enter the lucrative child trafficking network, all under the excuse of “protecting them” from COVID-19.

We have also previously reported how COVID is being used as an excuse to take American children away from their parents.

Geoffrey Berman, the powerful US attorney for the Southern District of New York has been the lead investigator into the Jeffrey Epstein child sex trafficking case since before the billionaire’s suspicious suicide.

However, this friend of President Donald Trump who contributed to his campaign, was surreptitiously removed from his post by Attorney General William Barr — who falsely claimed Berman “resigned.”

Now, the lawyer for several of Epstein’s victims, Spencer Kuvin, is speaking out about the “highly suspect” removal of the top attorney.

He is speculating that Trump or one of his staff may have asked Berman to stop investigating Prince Andrew over his ties to the billionaire pedophile and then fired him when he refused.

As the Guardian points out, Berman and the Duke of York have become embroiled in a series of public rows over what the US prosecutor alleges is his refusal to answer questions in their investigation into allegations of sex trafficking and other crimes against Epstein.

This has put a target on Berman’s back by the ones who continue to protect those involved in the elite child trafficking scandal.

In a scathing interview, Kuvin told The Sun Berman’s firing was a massive step backward in the progress they’ve made for obtaining justice for the victims.

“The timing of this is highly suspect for an internal favor having been requested by the President,” Kuvin told The Sun.

“Because we know that the investigation and requests for repeated interviews with Prince Andrew ramped up in just the past month. And now all of a sudden the one man that’s been pushing for those requests has been fired for no reason.” (Source)

Do You Want to Protect Your Children from Medical Kidnapping? Do NOT Get Tested for COVID and AVOID the Medical System!

We have been warning America for over 5 years now that Medical Kidnapping is REAL, and threatens every family in the United States.

Well the Satanic Pedophile system behind this is kicking things up a notch with COVID, and the situation is about to get much, much worse!

As efforts go full speed ahead to implement contact tracing, the Government is getting ready to take many more children away from their parents using the excuse of “protecting” them from COVID, even though all medical statistics show that COVID is not a risk to children.

They take on a far greater risk of dying by simply riding in an automobile.

See our previous articles for evidence that a plan is currently in place to medically kidnap thousands, if not tens of thousands or more of children across this country using COVID as the excuse.

The best way to try and avoid this is to abstain from using the medical system completely. Do not get tested for COVID!

If they take a cotton swab sample from your mouth, or a blood test, they now have your DNA that can be recorded in a database, and you can be subject to contact tracing.

Most all cell phones now have contact tracing apps that have been installed without your knowledge. Try to locate it and disable it.

But the best policy is that if you leave your home, turn your cell phone OFF!

Or at least put it on Airplane mode, because you never know when you might encounter someone who has been or will be identified as COVID positive, and if there is a record of you interacting with this person, you could be quarantined and they could take your children away from you.

I am old enough to remember life without cell phones, and I can assure you the world will not come to an end if you do not carry your cell phone around with you everywhere you go!

If you want to carry it to use in an emergency, just turn it off or put it on Airplane Mode, and then only turn it back on if you need to use it in an emergency.

Children should NOT carry a cell phone around in any circumstances. When they leave your home, make sure they are accompanied with a parent or trusted adult within your household who understands just how serious the stakes are today in this current Plandemic operation.

Make sure you keep a well-stocked first aid kit in your home and in your car, and avoid the medical system as much as possible.

We have been educating the public for years on just how dangerous doctors and hospitals are when it comes to medical kidnapping, and now the stakes are ten times higher in the new COVID world we live in!

Sadly, the world is run by pedophiles, and you will find them in highest sectors of our society, especially in institutions that are supposedly “protecting” children.

In any government institution or private business that works with children, just assume there are pedophiles present somewhere waiting for the opportunity to kidnap your children, especially through the medical system.

If you think I am exaggerating to make a point, I encourage you to research this topic more fully, because if anything, I am not even coming close to reporting just how bad and widespread this is.

As Businesses Close Due To Coronavirus, The Business Of Child Sex Trafficking In Foster Care Flourishes

And unfortunately statistics show that poor people of color face a far higher risk of having their children taken away from them, as they have very little means to fight back.

A man in Tampa, Florida filmed this encounter on the streets today and published it to his Twitter account.

The official report from the police is that the mother was endangering herself and her children because she was walking out into the street and her children were barefoot, but watch the encounter for yourself and determine if these children were at risk and wanted help to get away from their supposedly psychotic mother (she was allegedly confined in a pysch ward after this):

It seems very clear from the video that neither the children nor the mother were requesting any “help” from the police.

Can President Trump Fix The Foster Care System With An Executive Order?

The other news that happened this week regarding the foster care system is that President Trump signed an Executive Order that many applauded as a way to help fix the Foster Care system.

The order, which Trump signed in the Oval Office without media present, aims to improve transparency and oversight and increase collaboration between public, private and faith-based groups that focus on child welfare.

“Among other changes, the Order seeks to increase partnerships between public, private, faith-based, and community organizations to help keep families together and, when that is not possible, to find children forever families,” the White House said in a news release announcing the order.

The order also attempts to improve federal oversight of child welfare requirements by putting HHS in charge of advising states on the use of federal funds to support legal representation for parents and kids.

First lady Melania Trump praised the order in a tweet, noting that the child welfare system “is responsible for creating safe & stable homes for more than 400,000 children.”

It comes as foster care and adoption agencies across the U.S. struggle with effects related to the coronavirus pandemic.

The Associated Press reported that family court proceedings have been interrupted by the outbreak, routine visits for biological parents have been disrupted, and some agencies have reported having difficulty recruiting potential foster parents.

Sadly, the First Lady has it completely wrong. The current foster care system is anything but a place “creating safe & stable homes for more than 400,000 children.”

Study after study proves that children in foster care have worse outcomes in life than if they had been left in their own homes, even if those homes were “troubled” such as when parents have a drug addiction problem.

And allocating even more money to the system to supposedly improve it is not a solution, but continuing the problem.

The real solution is to defund it completely and stop trafficking children, leaving them in their own communities and letting the communities deal with troubled homes without massive profits from government funding.

Hospitals Separating Newborn Infants From Mothers Due To Coronavirus Fears

Attorney Connie Reguli of the Family Forward Project in Tennessee gives her response to this Executive Order: