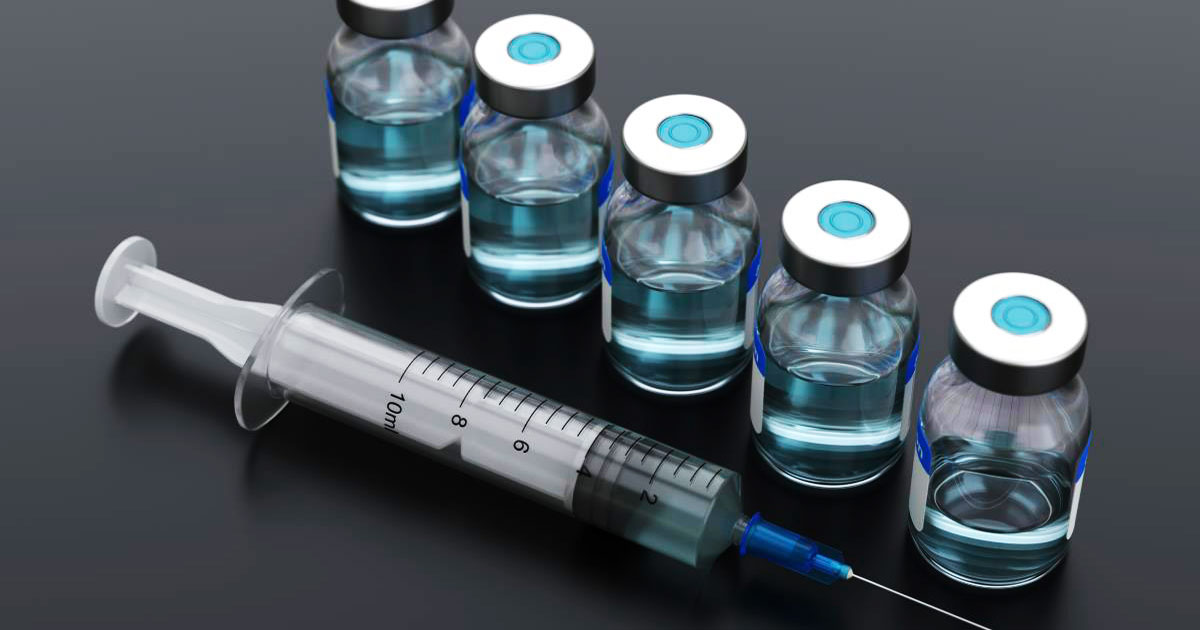 The problem with the MMR, the measles-mumps-rubella combination vaccine, is that the attack of the measles itself, according to virologists, requires your immune system’s full attention, so the other virus strains overwhelm the body, and the hyper-response or “adverse event” can be tragic. Combination vaccines, like the MMR, are highly experimental, unpredictable, and far from “safe and effective.” If the radicalized CDC decides this year to “kill two birds with one stone” and combine the seasonal flu vaccine with a Covid vaccine, then 200 million Americans could quickly become a statistic of vaccine injury.

You should know that for ten years, from 2004 – 2015, there were ZERO U.S. deaths from the measles, yet there were 108 deaths caused by the MMR vaccine. That’s a fact, not a conspiracy theory.

Make no mistake, the next touted vaccine is for human “guinea pigs” who are so worked up emotionally from the “plandemic” and the super-revved up mainstream news’ propaganda-style coverage of it, that they can’t even think straight about what’s really in it, as if they ever do anyway. This time, it will cost them dearly.

Humans are the lab monkeys now. We are the lab rats for genetically modified food, pharmaceuticals and vaccines. The next flu shot and the Covid vaccine will be used to modify humans to the extent they can be tracked, managed, poisoned, or mind-controlled at the flip of a switch (called a kill switch). Sometimes the goal is just to inflict enough nerve damage that the person will do anything you say, as the Nazi’s found out with captured Jewish children in their medical torture chambers.

Bill Gates says all Black Americans will be FIRST to get the Covid-19 vaccine, with GPS/medicine chip embedded in their muscle tissue to release live, unpredictable viral strains, then track them all

Ready for cold and flu season this October, where anyone with a head cold or cough is assumed to be dying of Covid-19, desperately in need of a flu shot/coronavirus vaccine combination? The most powerful white supremacist in the world isn’t who most think. It’s Bill Gates. Black America better wake up and smell the poison medicine. We’re talking about a virus that uses human cells to clone itself. This is a biological weapon released to eliminate the “weak” and malnourished masses.

The lead CDC scientist William Thompson already confessed that the MMR gives Black boys under age 3 autism much more frequently than white boys. It’s just another symbol of how the US government uses Blacks for medical experiments, and has for a century.

Remember when our government claimed in 1932 they were doing “syphilis research” on some Black farmers in Alabama, leading to one of the most abusive and shameful “clinical” tragedies in the history of US chemical medicine?

Covid 2020 is the next “syphilis” for Blacks to be wiped out by genocide, thanks to Bill Gates and his evil eugenics plan to vaccinate the world

Syphilis is an STD that can cause damage to the heart, liver and brain. The insidious aforementioned syphilis study was launched at a Black university hospital. Victims were offered free meals and free medical treatment, plus $50 “burial stipend” if you died during the study and allowed for an autopsy to be performed on your rotting carcass. At least 600 men were “accepted” for the study. Guess how many they’ll accept for the Covid vaccine trials? Probably 48 million.

There were some things the Blacks didn’t know about that experiment, by the way. They didn’t know that there were NO funds available for medications for participants, so the researchers simply watched the disease worsen and worsen for those afflicted. They watched as the participants suffered liver failure, heart complications and permanent brain damage.

The vaccine for Covid cannot work, because Covid morphs and mutates constantly. There’s that evil trick. Bill Gates knows this, as well as all the vaccine scientists mutating the strains in labs even further right now.

Currently, the multi-dose vials of the flu shot “Fluluval” (Quadrivalent 2/2020) contain extremely dangerous amounts of mercury, (listed as thimerosal or 50% mercury). It’s a scientific fact that NO amount of mercury is safe for injection or consumption, so why doesn’t the vaccine industry simply find another preservative that’s safe? Money.

Then there’s embalming fluid for the dead (formaldehyde) in the flu shot, and throw in some genetically mutated egg protein, and you’ve got $3 billion in secretive settlements to injured families by the vaccine industry, with their self-appointed courtroom jesters in their private court, all padded with tax-payer-funded slush “hush” money.

The Covid vaccine is slated to contain an microchip implant that gets inserted deep into your muscle tissue, where it is then activated. The chip will be controlled by the vaccine industry and technology industry combined, and will release medication using software even the government can’t control. Several live strains of the ever-morphing Covid-19 will be “sedated” by formaldehyde and waiting inside the Trojan horse (chip) lodged inside your body. Not to mention your location can be tracked forever, all times of day or night, anywhere on Earth.

Certainly, Bill Gates wouldn’t miss the opportunity to load up the Covid vaccine with mercury and some GMO strains of influenza. Maybe mix in some Swine flu, Bird flu, and Zika just to be sure we “got it.” Step right up folks and get your “C.A.F.E.” combo jab (Covid-Anthrax-Flu-Ebola), that’s always proven by “consensus” to be totally safe and effective. Get it right here. It’s free!

If you say no to CAFE VAX then you’re “anti-science” and you must report to FEMA’s re-education camp at once, or face jail time and stiff fines.

Tune your internet dial to Vaccines.news for updates on Bill Gates, the non-scientist, running the vaccine industry for Black people FIRST because he’s just that nice of a tall, rich, white dude.

Watch now as the nefarious non-scientist Bill “Hell’s” Gates B.S.s his way through this vaccine interview, and waives his arms uselessly, while slithering around, trying not to reveal that the devil REALLY IS in the details.

Gov. of Canada confirms Fully Vaccinated now account for 9 in every 10 Covid-19 Deaths