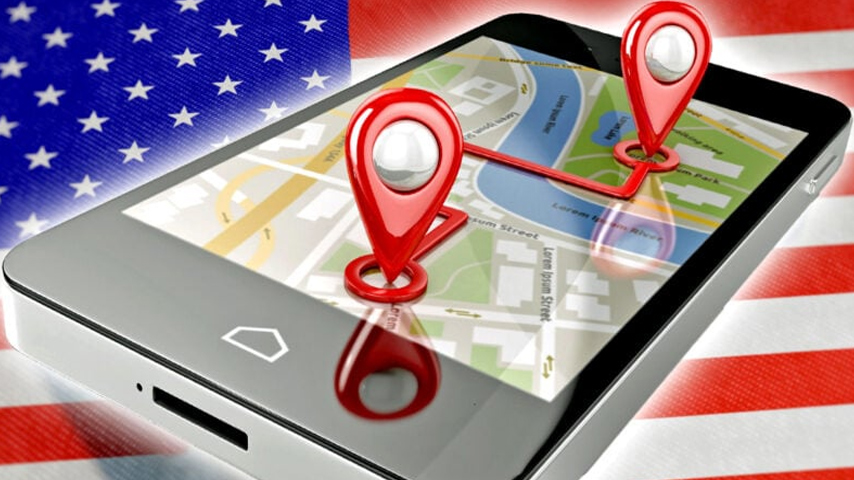 A voter analytics firm harvested data from millions of Americans’ cellphones during the 2020 COVID-19 lockdowns and used the data to assign phone users a “COVID-19 decree violation” score and a “COVID-19 concern” score, according to a whitepaper released by PredictWise, the firm that harvested the data.

The data, derived from “nearly 2 billion GPS pings” stemming from “ground truth, real-time, ultra-granular location patterns,” according to PredictWise, was then used to target election-related messages to voters during the 2020 election season.

According to PredictWise, the firm “understood that there were potential pockets of voters to target with COVID-19 messaging and turned high-dimensional data covering over 100 million Americans into measures of adherence to COVID-19 restrictions during the deep lockdown.”

The data was collected with political purposes in mind, PredictWise said:

“It doesn’t take a data scientist to know that COVID-19 was going to play a major role in the 2020 election.

“This once in a lifetime pandemic took control of the political debate, our airways, and ultimately our lives.”

Republican voters were specifically targeted based on the data that was collected:

While PredictWise did not specify the precise period during which it harvested the data, ReclaimTheNet noted that state-level lockdowns began in the U.S. on March 15, 2020, while election day was on Nov. 4 of that year.

This is noteworthy because of the political purposes for which the data collected by PredictWise was utilized. According to the firm, this data was used in at least one U.S. Senate campaign:

“The result — the Arizona Dems Coordinated Campaign in support of now U.S. Senator Mark Kelly was able to deploy this real-time location model to open up just over 40,000 persuasion targets that normally would have fallen off, allowing them to give the right message to the right voter at the right time.”

The Arizona Democratic Party is just one of the entities listed on the “2020 PredictWise Client List” accompanying the whitepaper.

The national Democratic Party as well as state-level Democratic parties in Florida, North Dakota, Ohio and South Carolina, the Ohio Senate Democrats, and organizations such as Fair Fight Action, Future Majority, TargetSmart and the Voter Participation Center, were also on the list.

In total, PredictWise claims it “tracks the opinions, attitudes, and behaviors” of more than 260 million Americans, utilizing not just location and survey data, but also “telemetry data” in the form of “passively sourced cell-phone data,” “unregistered voter data” and information on media consumption.

In turn, the firm developed a “dashboard that enables campaigns to build scalable customized audiences based on real-world behaviors and attitudes that track sentiment on the economy, political issues, and value frames … from all 250 million adult U.S. voters.”

This information is “compiled through real-time locations, application usage, and media consumption layered on top of surveys and available raw data” and is extrapolated “to a proprietary device ID-voter file rather than the ‘offline’ file based on name and address.”

The “unregistered voter data” is “sourced through credit files and portal registration data,” including from retail chains such as Crate&Barrel.

In total, PredictWise uses this data to create “scores on 13 issue preference clusters and 7 value-frame, or psychometric clusters,” utilizing “more than 30 million behavioral data points,” data from 350,000 survey respondents and “machine learning models” to “predict the party of unregistered [voters].”

The firm claims this “dashboard” places “at your fingertips the most up-to-date and continuous data in the business.”

PredictWise also said it “provides a rank order cut, to ensure that its targets are the most likely to respond to the correct messaging or are the most definite voters for your campaign to turnout.”

According to PredictWise, 2020 was the first year in which it “made its first push into the political landscape, serving data to campaigns both large and small” — including Ohio state senate campaigns, Democratic national committees and state parties, federal candidates, national progressive organizations and political action committees, or super PACS, that can take unlimited contributions.

The firm was founded in 2017 by Tobi (Tobias) Kontizer, formerly of Facebook Research, and David Rothschild, an economist with Microsoft Research.

Another firm closely connected to the Democratic Party, Impact Research, was advising the party and the Biden administration as early as February 2022 on how to position itself as having “defeated” COVID-19.

Trudeau: You have the right to protest until we decide you don’t!