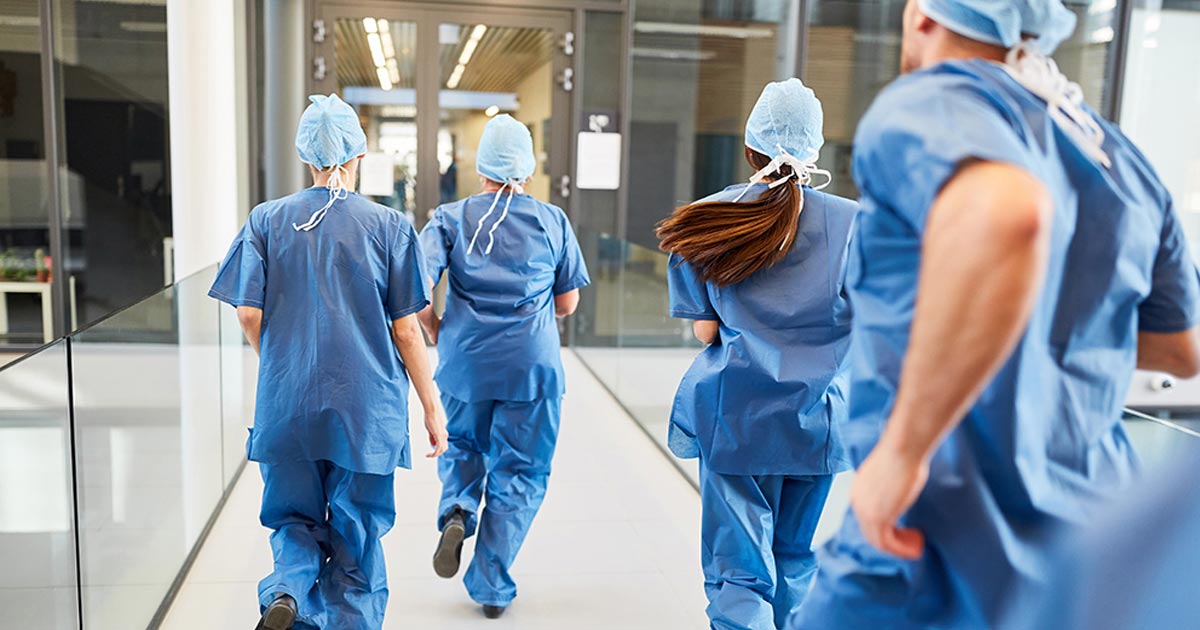 Chari Timm of San Antonio went to the hospital for chest pain when she was told that in order to receive care, she would need to first be tested for the Chinese virus. As the nurse jammed the nose javelin up Timm’s nasal cavity, however, it ruptured her brain membrane.

“It was an immediate instant migraine,” Timm recalled in an interview with local media. “I’ve never had a migraine ever in my life. It started in the back of my head and just extended to the front of my head and my entire brain was in extreme pain.”

Within moments, spinal fluid started gushing out of Timm’s nose due to a tear in her dura mater, a membrane that protects the central nervous system. Timm was later diagnosed by a neurologist as having pneumocephalus, a rare cranial condition involving air inside the cranial cavity.

Rather than admit that the useless swab and the nurse who administered it were responsible for puncturing Timm’s dura mater, they instead blamed this other alleged disease for harming her body.

“I have to remain at a 30- to a 45-degree angle at all times,” Timm said about how she was told it will take some time for the rupture to repair. “I have to be careful with the air I breathe as bacteria may get in through the injury and tear and can cause meningitis.”

In other words, Timm is now more at risk of catching the Wuhan flu, not to mention the fact that her entire nervous system is now damaged and at further risk of injury – all because of hysterical fear over an alleged virus that has a 99.99-plus percent survival rate.

Timm is hardly the first person to suffer a similar injury from a Communist Chinese Party (CCP) nasal swab test. Back in the fall, the journal JAMA Otolaryngology-Head and Neck Surgery published a paper about another woman who suffered the cerebrospinal fluid loss after having a nose javelin jammed up her nose.

A follow-up study published in the same journal warns that people with a history of sinus problems should avoid nasal swab tests altogether. Health care professionals are being urged to ask patients about sinus or skull injuries before administering a swab test.

“Sinus and skull-base surgery frequently remove bony partitions between the nasal cavity and skull base, resulting in the exposure of critical neurovascular structures,” the study explains. “After surgery, patients are theoretically at higher risk of cerebrospinal fluid leak and neurovascular damage during [nasopharyngeal swab] insertion.”

Dr. Phillip Chen, one of the study’s authors, suggests other modes of testing such as a swab at the back of the throat rather than in the nasal cavity. We also expect Anthony Fauci and other faux authorities to start pushing more people to get anally swabbed for the Wuhan coronavirus (Covid-19).

Besides potentially causing brain damage, nasal swabs are also problematic in that they produce wildly inaccurate results – mainly hordes of false positives. The infamous PCR test is pretty much useless, it turns out, but it serves the purpose of drumming up fear about new “cases” in order to continue restrictions such as eternal mask-wearing and lockdowns.

“The test kills more people than the disease,” wrote a commenter at Life Site News. “Sounds about right in 1984 Bizarroworld.”