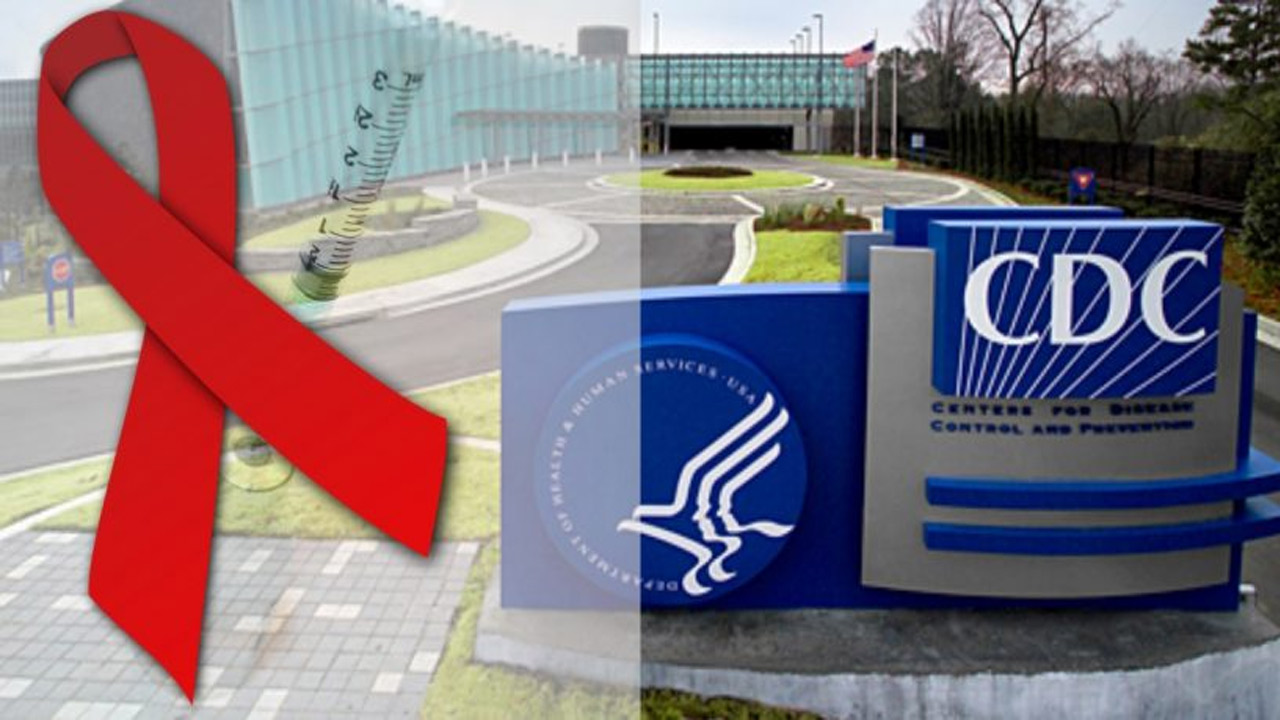 Last year, the CDC controversially changed the definition of ‘vaccine’. This left us wondering whether human immunodeficiency virus, otherwise known as HIV, could now possibly be considered a “vaccine” based on the CDC’s new definition of the term.

In September, the Center for Disease Control and Prevention (CDC) quietly changed the definition of the word “vaccine” as people continued to get infected with COVID-19 despite being vaccinated.

The definition change confused some, as mainstream media pundits, health officials, and government leaders had once optimistically assured Americans that the vaccines would prevent individuals from contracting the virus. This, the experts once said, would effectively put an end to the COVID-19 pandemic and allow us all to go back to our normal lives.

“The totality of the available data provides clear evidence that Pfizer-BioNTech COVID-19 Vaccine may be effective in preventing COVID-19,” announced the Food and Drug Administration (FDA) in December of 2020, after it issued the first emergency use authorization (EUA) for the Pfizer-BioNTech COVID-19 Vaccine, adding that the “vaccine was 95% effective in preventing COVID-19 disease among these clinical trial participants…”. But Canadian Doctors study showed Pfizer vaccine is less than 1% effective, 0.8 to be accurate.

“Now we know that the vaccines work well enough that the virus stops with every vaccinated person,” MSNBC host Rachel Maddow said on March 29, 2021.

one find it funny that youtube has removed every video of Biden saying if you get the vaccine you wont get covid if you have these vaccinations? thats fine, I still have the clip of it….LMAO pic.twitter.com/n4BHquxBN6

The experts were mistaken, so they changed the definition

In the end, claims that vaccination prevents individuals from catching or spreading COVID-19 were ultimately proven to be false.

Today, many Americans are faced with the reality that the injections failed to do what was initially advertised. Instead, the experts tell us that the vaccines will reduce the severity and length of COVID-19 symptoms.

CDC Director:
“Our vaccines are working exceptionally well…but what they can't do anymore is prevent transmission."pic.twitter.com/a7jAPSyrAk

“We know that the two doses of a vaccine offer very limited protection — if any,” Pfizer CEO Albert Bourla would later admit.

Pfizer CEO Albert Bourla admits the First 2 doses offer little if ANY protection..and the booster only minimally better…What happened to "95% Efficacy ? What happened to "Keeps you out of hospital "..When are we going to wake up….👇👊 pic.twitter.com/RUlvnEbrcl

On August 26, 2021, the definition of “vaccine” on the CDC website was “a product that stimulates a person’s immune system to produce immunity to a specific disease.”

As of September 7, 2021, the new definition of “vaccine” on the CDC website is “a preparation that is used to stimulate the body’s immune response against diseases.”

Could the act of contracting the HIV virus be considered a “preparation?”

The CDC does not consider a vaccine to be a “product” as it once did. Now, a vaccine is officially considered, by the CDC, to be a “preparation.”

Therefore, one could ascertain that preparation can be administered via direct injection, orally, and in some cases, suppository, so long as that preparation eventually enters the bloodstream.

HIV transmission also requires the virus to enter the bloodstream, meaning that – with a Fauci-style stretch of the English language – the act of contracting HIV could technically be considered a “preparation.”

According to HIV.gov, transmission occurs when the HIV contained in blood, semen, pre-seminal fluid, rectal fluids, vaginal fluids, or breast milk, gets into the bloodstream of an HIV-negative person through a mucous membrane – found in the rectum, vagina, mouth, or tip of the penis, open cuts or sores; or by direct injection.

“Stimulate the body’s immune response against diseases” – What does this really mean?

According to the new CDC definition of vaccine, such a “preparation” is used to “stimulate the body’s immune response against diseases” in general.

No longer do vaccines “produce immunity to a specific disease” as the CDC previously said they did.

Stimulation is defined by Oxford Languages as the “raising of levels of physiological or nervous activity in the body or any biological system,” or the “encouragement of something to make it develop or become more active.”

The Oxford definition does not distinguish whether or not the increased levels of physiological activity, or developmental encouragement, provide any benefit, or pose any threat to said body or biological system.

To add, the current definition of vaccine does not distinguish whether or not the “preparation” would “stimulate” the body’s immune response against disease in a positive or negative way.

The old definition of vaccine provided better context to the use of the word “stimulate.” Stimulation of an individual’s immune system, through a vaccine, was previously stated to be for the specific purpose of producing immunity to a specific disease.

For many, that would have been the main point of getting a vaccine in the first place.

Without conferring immunity, there is no positive connotation to the “vaccine” definition put forward by the CDC. We are merely talking about an “immune response against diseases.”

Simply put, the CDC’s new version of “vaccine” may as well read: “Something that affects how your immune system reacts against diseases and infections after it enters your bloodstream.”

There is currently no cure for HIV. When the virus enters the body, it remains there for life. Thus, when infected, HIV becomes a permanent factor in that body’s physiology.

In other words, HIV viruses further develop, increase in quantity and activity, or are otherwise stimulated upon entering the human bloodstream – thus becoming a permanent physiological feature of the infected individual.

This viral “stimulation” ultimately damages the human immune system’s response against infections and diseases, and without treatment, can lead to acquired immunodeficiency syndrome (AIDS).

One could view the HIV virus as a “vaccine” using the CDC’s new definition. Only, the virus stimulates the “body’s immune response against disease” in a counterproductive, destructive, and often lethal fashion.

It is generally understood that people living with HIV are more prone to other infections and diseases as a result of the damage done to their immune systems.

The CDC states that “HIV (human immunodeficiency virus) is a virus that attacks the body’s immune system.”

Similar to the HIV virus, COVID-19 vaccine “booster” injections can potentially lead to what was described by experts as “immune system fatigue,” and actually harm the body’s ability to fight coronavirus, and ostensibly, other diseases.

As Israel weighed a fourth COVID-19 vaccine injection for their population, the government was warned by members of their advisory panel “that the plan could backfire, because too many shots might cause a sort of immune system fatigue, compromising the body’s ability to fight the coronavirus,” National File reported in December.

Neither group of scientists provided details as to precisely how the injections would cause damage to an individual’s immune systems, but it is safe to say that the developments could be cause for concern.

According to the Israeli government as of yesterday, 125,000 new COVID cases have been reported over the past two days despite the nation ultimately deciding to roll out the fourth injection for their highly vaccinated population.

The Persuasion Game: Manipulating Intention to Get a Covid-19 Vaccine