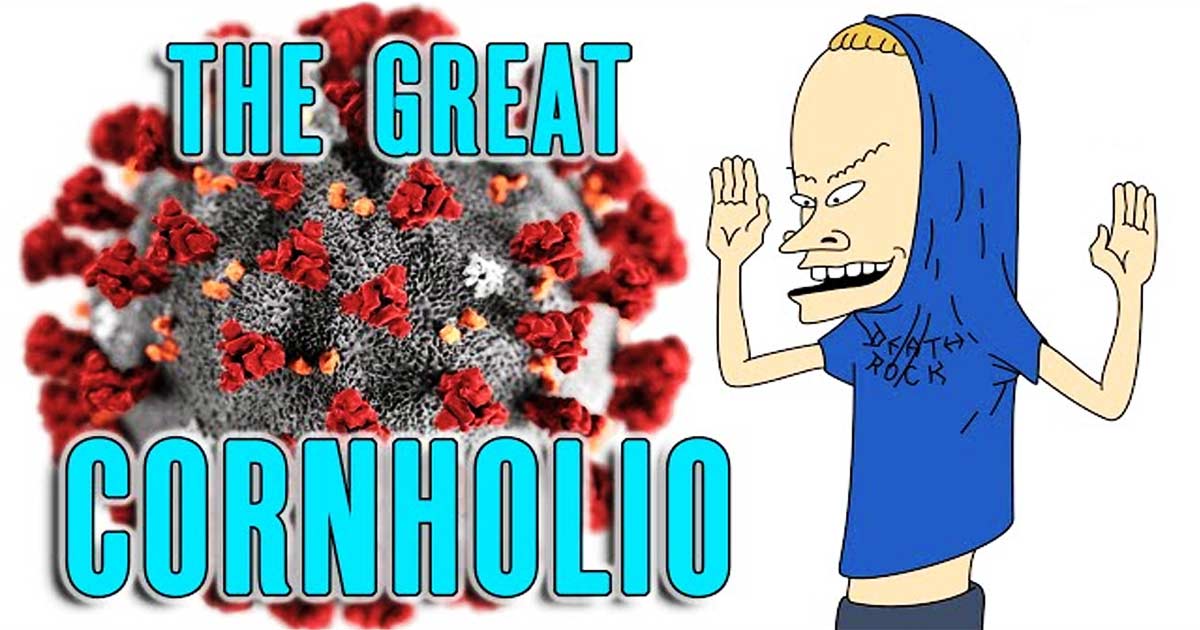 Imagine, if you will, a virus so dangerous that you have to get tested to even know you have it…

In yesterday’s blog I mentioned the McMorons and today I have the evidence: In Texas, if you get a Cornholio test, you get a free burger. And they will line up for miles.

Lucy and I are laughing and laughing. Heck, we wouldn’t volunteer for a test if they handed out a hundred free McTacos. (Although it might be funny to send in a test for Lucy and see what comes back).

Because we’re not stupid and we haven’t fallen for The Big Lie – a lie so colossal that no one would believe another human being could have the impudence to distort the truth so infamously.

Guess who said it?

I’ll give you a hint. He had a tiny moustache and murdered far over 6 million people (or so they say) – all in the name of depopulation to ensure a Master Race.

Timothy Snyder who authored the much-praised 2010 history best-seller “Bloodlands: Europe Between Hitler and Stalin” offers a different explanation: Hitler’s plan was for Germany to emulate the United States, first by seizing large tracts of productive land by pushing the indigenous populations out. If those natives could not be pushed out, they were to be killed. And then slave labor was to be employed to produce the food necessary to support industrialization and militarization, just as the United States had done.

Now, in 2020, The Big Lie has been beautifully executed by the Grand Masters of the trillionaire Cabal and their billionaire disciples and their secret societies. They are everywhere. They want less people on the planet. And they want total dominion. For those who resist, they will track and tax everything you do. If you say or do anything wrong you will be shut off from going anywhere or buying anything.

Want to see the few countries in the world where Americans are still welcome?

We KNOW why this is going on.

We KNOW who is behind it.

And we KNOW it’s not going to stop soon.

Unless people like you and me stand up against it.

Like the people in Serbia, which, by the way, is right next to Liberland!

Unlike every big, burly NBA player who is actively using the “snitch hotline” to report their peers for not wearing masks and staying two meters away from each other…over there in their Disney World safe bubble.

Guys, things are going to get worse.

People are going to die. Not from the Cornholio virus, but because it has been ordained as part of the Master Plan.

The world didn’t believe it then, and they are not believing it now. Because history isn’t allowed to exist.

“Only the Jew knew that by an able and persistent use of propaganda heaven itself can be presented to the people as if it were hell and, vice versa, the most miserable kind of life can be presented as if it were paradise. The Jew knew this and acted accordingly. But the German, or rather his Government, did not have the slightest suspicion of it. During the War the heaviest of penalties had to be paid for that ignorance.