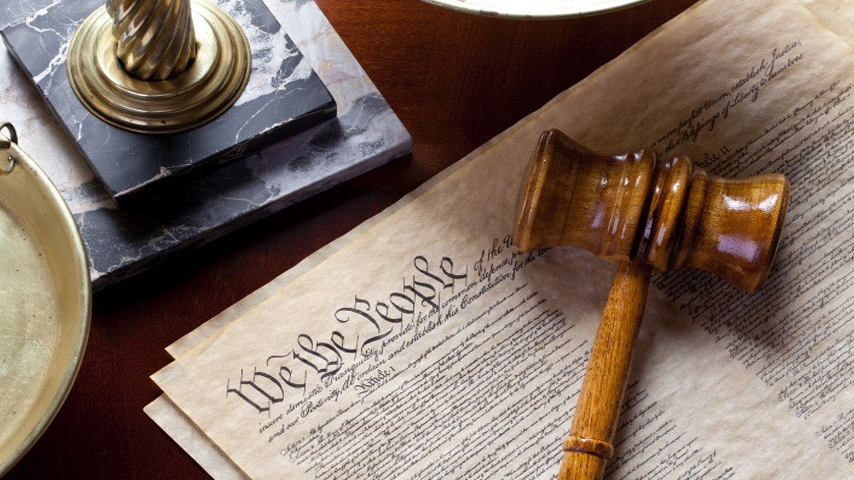 In the latest example of the moral and spiritual decline of the United States, the U.S. House of Representatives voted last week to redefine marriage nationally, and Senate Majority Leader Chuck Schumer plans to bring the proposal — absurdly dubbed the Respect for Marriage Act — in the Senate. As it seeks to codify same-sex “marriage,” a better name would be the Disrespect for Marriage Act.

When the U.S. Supreme Court ruled, 5-4, in 2015 that states could not deny the right to marry same-sex couples, they clearly ventured beyond their jurisdiction. Justice Clarence Thomas, in his concurrence in the Dobbs case, which reversed Roe v. Wade, opined that there were other decisions the Court has made in recent years that also needed to be reversed.

Thomas was not arguing that the Supreme Court had the jurisdiction to determine laws concerning abortion, same-sex “marriage,” or contraception, but rather that those issues were within the province of the states — not the federal government — under our Constitution’s federal system of government. Using Thomas’ common-sense opinion as a pretext, progressive Democrats pounced, declaring in alarmist language that the right of same-sex couples to marry was now endangered. Even the right of a woman to take a birth-control pill might be outlawed soon by the Supreme Court, they claimed.

This is ridiculous, of course, but it is clearly an effort to fire up the Democratic base, which fears big losses in the midterm elections in November.

All the Republicans have to do to stop action on this bill in the Senate is to filibuster. Under the filibuster, which has been part of the rules of the Senate since the 19th century, a bill cannot be voted on if fewer than 41 of the 100 senators agree to end the debate and allow a vote. (Up until about 50 years ago, it took two-thirds of the senators to terminate debate and vote).

As Tony Perkins, head of the Family Research Council, told The New American on Monday, “Shockingly [Schumer] may be close to getting the 10 Republican votes he needs to pass the bill and send it to President Biden’s desk.”

Perkins added, “To no one’s surprise, liberal Republicans Susan Collins (Maine) and Lisa Murkowski (Alaska) are on board, as well as outgoing Senator Rob Portman (Ohio). But the real bombshells started dropping” when a few other Republican senators indicated they might vote yes on the proposal. Even Ron Johnson of Wisconsin announced his support for the bill.

Perkins said that if the Republicans join the Democrats in passing this bill, they are “walking into a political trap that could very well eat into the margins the GOP need in November.”

But even worse than that — as bad as it would be if the Democrats could retain control of the Senate and wind up with fewer gains in the House of Representatives than expected — is that anyone voting for this legislation is in violation of their oath of office. There is simply nothing in the Constitution of the United States — which every member of Congress took an oath to follow — that would allow Congress to pass such a law.

One of the most false and perverse doctrines espoused today is that the Constitution’s “supremacy clause” allows Congress to override state constitutions and laws at will. Some even call this clause — through either ignorance or mendacity — the “National Supremacy Clause.” Nothing could be further from the truth.

If the Constitution does not give Congress power, they simply do not have it.

When the Anti-federalists opposed the Constitution, mostly because it included no Bill of Rights, supporters of the Constitution’s ratification, like Madison and Alexander Hamilton, argued that a federal Bill of Rights (the states already had such a listing in their state constitutions) was unnecessary. Madison reasoned that there was no need to protect freedom of the press, for example, because the Constitution did not authorize the federal government to regulate the press anyway.

In order to get the Constitution ratified, however, Madison agreed to get Congress to enact a series of amendments to the Constitution specifically forbidding the federal government from infringing on the sovereignty of the states or its citizens. The Tenth Amendment states, “The powers not delegated to the United States by the Constitution, nor prohibited by it to the States, are reserved to the States respectively, or to the people.”

For those who insist on arguing that the “supremacy clause” is some sort of blank check for Congress to pass anything they feel like passing, even if it is not authorized in Article I, Section 8 of the Constitution if there were a conflict between the supremacy clause and the Tenth Amendment — which, of course, there is not — then the Tenth Amendment’s words would prevail.

Sadly, many Americans are ignorant of this and regularly call upon Congress to pass laws that Congress has absolutely no authority to pass. For example, Congress could not pass a statute creating some legal protection for the “right” of abortion. As the Supreme Court confirmed in the Dobbs case, that is a matter left to the states.

The CIA’s Secret Quest For Mind Control: Torture, LSD And A ‘Poisoner In Chief’