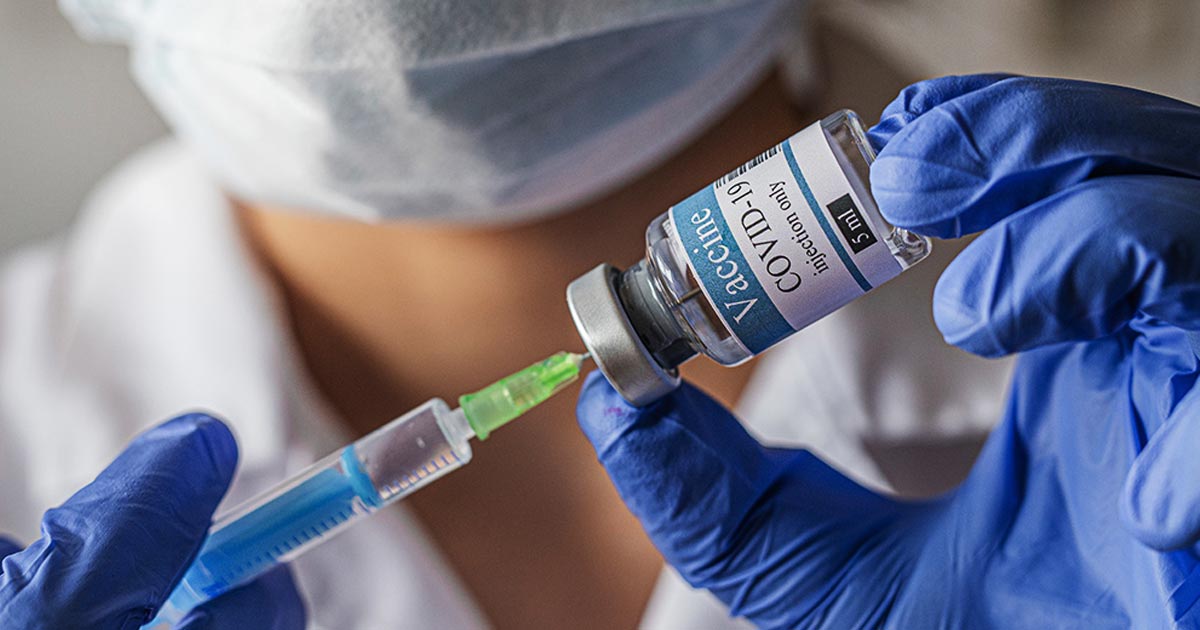 Pro-lifers everywhere had better think long and hard about what they plan to do in the event that state or local governments try to mandate vaccination for the Wuhan coronavirus (COVID-19) once a jab is commercially released because chances are those syringes will contain the remnants of aborted babies.

Even though President Trump has said that Wuhan coronavirus (COVID-19) vaccines will not be mandated at the federal level, there is still the possibility that some states may try to force them locally, which will put not just those opposed to vaccination in a tough position but also those who recognize the sanctity of unborn human life.

After it was announced recently that Canada’s largest federal research and development organization has teamed up with a Chinese vaccine company to test a new trial coronavirus vaccine in Canada, Dr. Alan Moy, M.D., founder and scientific director of the John Paul II Medical Research Institute and CEO of Cellular Engineering Technologies decided to do some digging, upon which he discovered that the test vaccine in question is made from aborted fetal cell lines.

CanSino Biologics Inc., also known as CanSinoBIO, is the name of the Chinese firm that partnered up with Canada’s National Research Council (NRC) to conduct trials on Ad5-nCoV, as it is being called, which Dr. Moy found contains a cell line known as HEK293 that was derived from unborn children that were murdered while still inside their mothers’ wombs.

Besides its unethical origins, the Ad5-nCoV more than likely will not even work as promised, Dr. Moy warns. As it turns out, there is a high incidence of immunity against Ad5, so most of the people who are injected with it will confer no protection whatsoever against the Wuhan coronavirus (COVID-19).

“I don’t envy Canadians,” Dr. Moy is further quoted as saying. “Your government and PM (prime minister) have mandated draconian policies that are anti-life … Not a good vaccine solution if pro-life or pro-choice.”

What is further confounding is the fact that Canada would even agree to contract with a vaccine company based out of China, which is where this whole crisis originated. Ad5-nCoV was reportedly also co-developed by the Beijing Institute of Biotechnology which, like all other Chinese institutions, is governed and controlled by the Chinese Communist Party (CCP).

This vaccine is said to be the first “phase 2” coronavirus vaccine, meaning it has been approved to be “safely” used in human test subjects. And the Canadian government could not be more excited about the prospect of injecting as many Canadians as possible with it to “cure” them of the Wuhan coronavirus (COVID-19).

“NRC is proud of our ongoing partnership with CanSino Biologics,” stated NRC President Iain Stewart in a recent press release.

Dr. Xuefeng Yu, chairman and CEO of CanSinoBIO, also stated in the same press release that his company has “strong connections to Canada” and is “proud to be building on past successes and continuing our ongoing partnership with the NRC to address health needs on a global scale.”

Amazingly, both the NRC and CanSinoBIO are proud of their proprietary HEK293 aborted baby cell line, which they say will help “to advance a scale-up production process for the vaccine candidate.” In other words, thanks to these aborted babies, Canada and China will be able to produce Wuhan coronavirus (COVID-19) vaccines for mass distribution much faster than normal, paving the way for a global vaccination campaign unlike anything the world has ever seen.