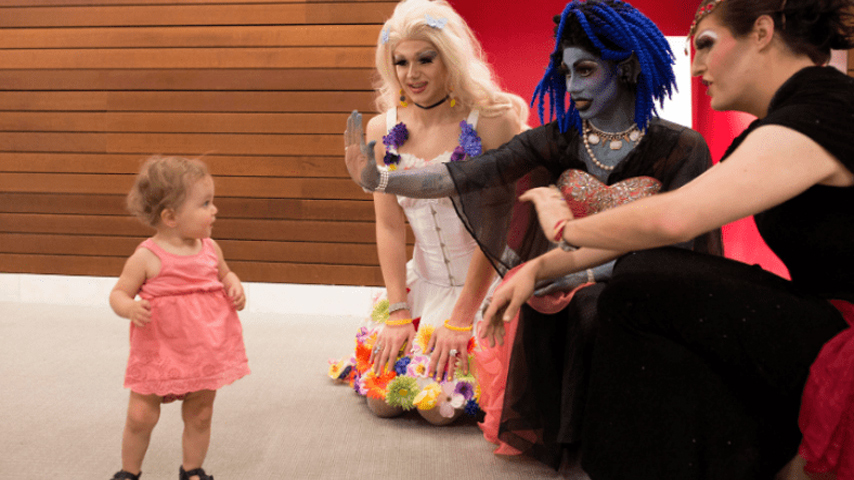 Three topics Big League Politics has been reporting on over the past two weeks; words are being redefined at record speeds right before our very eyes, the word “groomer” is being equated to “anti-LGBT” rhetoric, and calling out pedophilia online warrants censorship from big tech.

Today’s story is a perfect example of the slippery slope of each of those trends, and this is only the beginning of the radical left’s attempt to normalize predatory behavior directed at children.

CNN, covering the protests of a Drag Queen Story Hour in England, just recently redefined the word groomer to be an anti-LGBTQ slur. Then portrayed those protesting the event as “far-right extremists” who are “importing US hate.”

Moreover, Tara John, a London-based reporter for the fake news outlet, claimed that the Drag Queen event targeted at children promoted compassion and inclusion. Two terms that have been routinely used to defend predatory events against any criticism.

The following sentence from John’s article has gone viral: “The term ‘groomer’ is a homophobic stereotype used to falsely smear queer people and their supporters as child sex abusers,” wrote John.

Gays Against Groomers, an account on Twitter that describes itself as “a coalition of gays against the sexualization and indoctrination of children,” immediately fired back against the claim.

No the fuck it isn’t, @CNN. pic.twitter.com/jqJz4oK7V8

If you have been paying attention, you have noticed the left quickly change the definition of “groomer” to protect its ideology against anyone who calls out these hyper-sexualized events. Things have escalated so much that accounts are now penalized for simply mentioning the fact that these events are happening across the nation.

Author and mathematician James Lindsay is a perfect example of this. As he was just recently suspended from Twitter for using the word “groomer,” and then permanently banned for “hateful conduct” soon after.

@ConceptualJames was reportedly suspended for – according to Twitter – promoting “violence against, threaten, or harass other people on the basis of race, ethnicity, national origin, sexual orientation, gender, gender identity, religious affiliation, age, disability, or serious disease.”

YouTube is also joining in on the fight against this alleged anti-LGBT rhetoric, as the platform has removed Drew Hernandez’s anti-grooming videos for “hate speech.”

“The goal of the videos is to expose an agenda clearly targeting the innocence of children and to hold this community accountable,” he added.

Big League Politics has been documenting the Orwellian banning spree from Twitter over the past month. And has reported that the platform has made a firm stance in equating any mention of the word groomer to “anti-LGBT” rhetoric. Now they are silencing all those opposed.

These sex-obsessed activists are even redefining the term in “news” articles. And like we’ve said, this is only the beginning.

Pay attention to everything else these people try to normalize in the coming week and months.