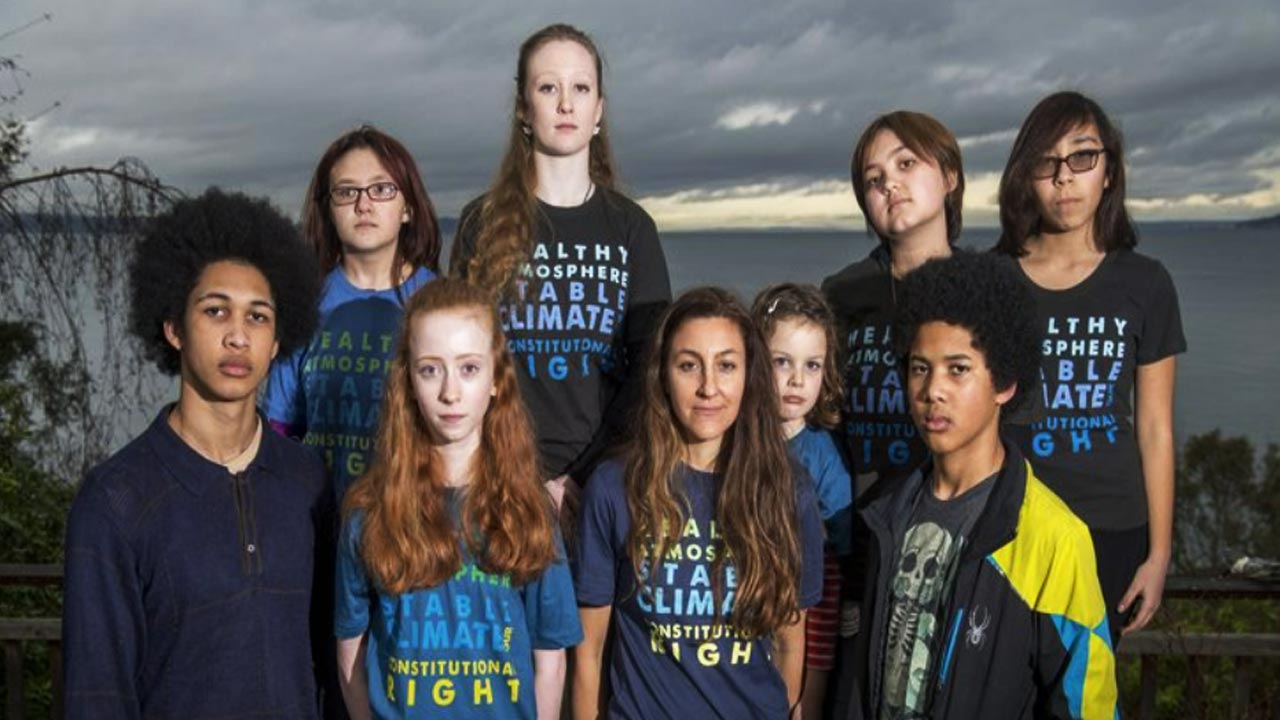 Ever wondered what it is like being the child of a Climate Scientist? Thanks to The Conversation, we now have a window into what it’s like to grow up in the home of an academic climate alarmist.

How climate scientists talk to their kids about climate change

There’s no need to sugar-coat the truth or scaremonger when talking to kids about climate change.

Have you talked about climate change to your kids and what did you, or what do you plan to say?

SPK: The only way we’ve really talked about climate change so far is about the dinosaurs. Before lockdown, we went to the dinosaur museum here in Canberra. And they loved it. My eldest has constantly been asking questions like ‘where are the dinosaurs now?’ And I said ‘well, you know, they died out’. ‘Why did they die out?’ ‘Well, climate change?’ ‘Okay, how did the climate change…’ and so she’s kind of being very inquisitive. But I haven’t yet had a sit down with her saying, ‘well, yeah, the climate is warming, it’s getting worse. It’s basically because of my parents and their parents before them – sorry about that!’

I have had a couple of conversations with my nieces and nephews. My niece, when she was nine or 10, asked me to come to her school and give a talk. So I actually started thinking: how am I going to talk about this? I don’t want to get in there and scare them and say, ‘you’re all doomed, you’re all gonna die’. I was never going to do that –I would talk to them about how the planet’s changing, the indicators of this and how we can fix it. I think you should always finish on a message of hope, especially with a younger demographic.

KM: We always had a very scientific approach to education. When they ask a question, they get the answer, even if the answer is not pretty. Even when they grew up, they knew that Santa Claus was not real from early on, and we never made a big deal out of how babies come into the world, we never made them believe in the tooth fairy… so climate change for me is just another fact we have to live with, a fact we can talk about with the kids.

Because we talk about climate change all the time, they were exposed to it from a young age. We would also take them on holidays where you can see evidence of it all around you, for example coral reefs. I think it was just part of their lives from the beginning, and they didn’t need me pointing these things out.

IM: I don’t think my two are that aware of climate change itself. So I’m trying to raise their awareness of environmental issues, but we’re at the stage where I might, for example, point out an electric car, or that it’s a terrible habit to leave the taps running. So at this stage it’s saying things like don’t waste things, don’t use too much plastic because it ends up in the ocean, that kind of thing. I think that’s a far easier thing to attack than the specific issue of climate change itself. I see climate change as just another facet of issues to do with waste and careful use of resources.

As for whether I’m worried about scaring them or other kids old enough to understand about climate change, to be honest, it doesn’t worry me. I mean, there are things worth being scared of!

When I read history books, interviews with survivors of some of the worst atrocities of the 20th century, they didn’t take their kids out on guided tours to look at all the ugliness on display, they tried to shield their children from the horror, did everything in their power to give them a childhood of love and joy, in the most impossible circumstances.

Yet climate activists seem to revel in frightening the hell out of their children with the worst of their nightmare climate fantasies, then somehow seem to think it is OK if after scaring the kids, they try to undo some of the damage by finishing on a “message of hope”.

Telling kids they are likely to die a horrible death should never be a part of childhood, even if the horror is real.

Maybe I’m misinterpreting what I’m reading, but the uppermost thought in my mind after reading this was, who needs a climate catastrophe when you have parents like that? In my opinion, this just seems so wrong.