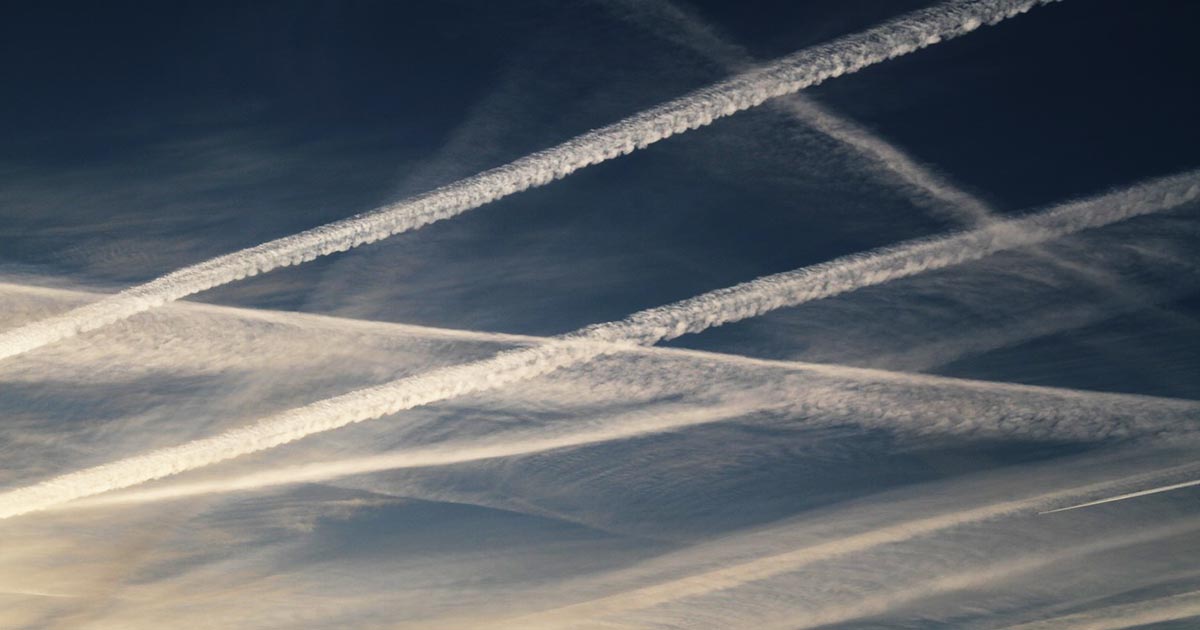 They tell us that if climate engineering atmospheric spraying operations were to occur, that our skies would look exactly like they already look.

Yet, academia is still pushing the false narrative that the lingering and expanding jet aircraft trails in our skies are only a result of “condensation”. For the record, all US military jet air tankers and all commercial jet carriers are equipped with “Hi Bypass Turbofan” jet engines which are by design nearly incapable of producing condensation trails except under rare and extreme conditions. The trails we increasingly see in our skies are the result of sprayed dispersions related to climate engineering, not condensation.

Question, how dire does the unfolding climate collapse have to become before the climate science community acknowledges the ongoing global climate engineering assault?

The past propensity of populations to deny the ongoing climate engineering atrocities is finally breaking down.

Increasingly shocking and compelling film footage captures of jet aircraft aerosol dispersions are rapidly eroding the official false narrative that we are only seeing “condensation trails” in our skies.

Totally normal they say… What do you think? The 3 minute video below reveals military jets spraying over Nashville, Tennessee, December 20, 2019, captured by J. Sherwood:


All are needed in the critical battle to wake populations to what is unfolding, we must make every day count.