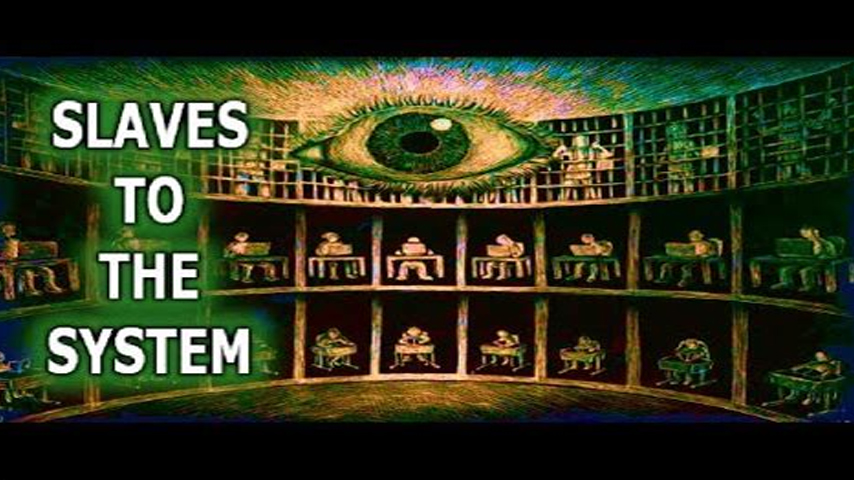 The Rutherford Institute, a Charlottesville, Virginia-based civil liberties organization, has sent a letter to the City of Houston, Texas, requesting it revoke a recently adopted ordinance that forces private businesses to spy on Americans and make the surveillance footage available to police.

Cities are engaging in these types of devious maneuvers all across America, Canada, Europe and the rest of the formerly free world. They are, unknowingly, taking baby steps toward building a globalized police state that will fit seamlessly into the beast system being developed by the World Economic Forum and its network of politicians, entertainers, false religious leaders, nonprofits and corporate cronies.

You never hear about this under-the-radar- maneuvers that are happening at the local level by clueless local politicians who actually think they are doing a good thing, in the name of fighting crime. Everyone wants safer cities, right?

Indeed, violent crime is out of control. But much of it is being encouraged by the moral chaos taught in our schools and in violent video games, films, etc., not to mention the Soros-funded urban prosecutors who refuse to fully prosecute some of the worst violent offenders. If they were concerned about fighting crime, they also would not leave national borders open to every gang member and terrorist in the world.

We must not allow our leaders to drive us into authoritarianism in a dishonest attempt to “protect” us from the crime waves that they themselves are causing, even as they are trying to disarm us and delegitimize the Second Amendment. If they really cared about making our streets and neighborhoods safer they would not be trying to take away people’s means of defending themselves. They know the police are incapable of getting to the scene of every crime in time to prevent it, no matter how many surveillance cameras are feeding real-time footage into police departments.

So what’s the real reason for installing wall-to-wall, 24/7 digital facetime with their cameras, facial recognition software, retina scanners and other digital gadgetry they refer to as “tools” in their crime-fighting arsenals?

To answer that question, we have to connect some dots and ask some hard questions.

Despite having all these new “tools” at their disposal, have cities seen problems with violent crime getting better or worse?

When a mainstream corporate media outlet does report on these issues it’s just one city adopting an ordinance like Houston’s. They don’t tell you that all major cities are rolling out this technology and that China is the international leader in turning its cities into 24/7 surveillance societies. Nor do they tell you that the elitist billionaires are making a lot of money selling this technology to cities and that those same globalist elites are championing China as the “smartest,” most technologically savvy nation when it comes to making citizens feel safer, even as they are getting less free and less safe.

It’s your classic Hegelian dialectic. Open the borders, greatly reduce efforts to prosecute violent offenders, and strip away the means of self-defense from law-abiding citizens, all of which make them feel extremely vulnerable and unsafe. Then play the savior by offering the solution of installing and using human surveillance technology, ostensibly to catch criminals before they act.

Unless you live in a very small town, you should assume that surveillance technology is being installed in your city. The Fourth Industrial Revolution that Klaus Schwab talks so much about advocates taking this surveillance to the next level, by linking up with the human body and creating an Internet of Bodies or IoB.

We already have the Internet of Things. The final frontier is the Internet of Bodies. Talk of putting 5G and 6G technology “under the skin” is all the rage among the World Economic Forum globalist predators.

They also love to brag about their newly acquired ability to “hacking” human beings.

Listen to Yuval Noah Harari, the chief advisor to the World Economic Forum, in the below video. It’s 7 minutes long but if you even watch the first 2 minutes you will see where they are heading with this invasive technology. Harari says the fields of computer science and biotechnology are about to merge (could that be the real reason for their obsession with “vaccines”).

When the world goes to the next stage of wireless networks, 6G, people will no longer use cellphones, the CEO of Nokia said at the World Economic Forum meeting in Davos last month.

Why? They won’t need them. Everything they need for 24/7 digital connectivity will be either worn on the body or placed “under the skin,” said Pekka Lundmark of Nokia.

He added that in the 6G era, we can expect very high-quality holograms. A hologram is a physical structure that diffracts light into an image, according to the Holo Center, which adds that the term “hologram” can refer to both the encoded material and the resulting image.

In the video below, watch the Nokia CEO making his bold predictions about the coming age of transhumanism:

RAIR Foundation reports that, as part of his Davos speech, Lundmark said that sixth-generation networks will appear on the commercial market by 2030. He also noted that the smartphone would soon cease to be humanity’s most ubiquitous digital gadget.

The businessman said he believes people will begin to abandon cellphones in favor of more “convenient” devices by 2030. He was referring to smart glasses, goggles, watches and other devices that people will wear on their person.

This is how the oppression of the masses occurs in the 21st century — the government working in partnership with corporations to create a society of digital slaves. It’s the Chinese model of technocracy, a system some have described as “state capitalism” but the Davos crowd calls it “stakeholder capitalism.” I call it the beast system.

They are building this beast system in layers using public-private partnerships or PPPs. Humanity, for the time being, appears completely beguiled by this system of digital surveillance that will eventually enslave them, if it hasn’t already. This may be the greatest of all end-times deceptions. The same device that makes your life easier also has the ability to steal your free will, your ability to think critically, your very soul.

So be aware. You are being watched in an Orwellian fashion. And the trendline, with each new “upgrade” to your phone, your tablet and your digitized “healthcare” is moving you toward more surveillance, not less. Their goal is to leverage the power of artificial intelligence to know where you are and what you are doing at all times. Oh, and what are you thinking at any given moment? That’s also something they desperately want to know, and they are working on technology that will hand that data over to their sweaty little authoritarian hands. Technocrats know that information is power and they have an unquenchable thirst for more of your personal data.

Bill Gates’ Microsoft is just one company positioning itself to exploit this technology. Microsoft filed for a patent in 2019, under patent number 060606, in which a person could be awarded digital money for performing tasks that will be monitored and transmitted by a microchip embedded in a “device” that can be worn on the body. It could just as easily be inserted under the skin.

Of course, this technology is never promoted by calling attention to its invasive nature. It’s promoted as the key to a “safer, more inclusive, more just, more equitable and more sustainable society.” If anyone uses that terminology you know where they are coming from. They are either useful idiots, pawns, or deceivers. Do not trust them for a second.

“Sustainability,” for these globalist control-freaks, means a planet with far fewer human beings and those humans who manage to survive the “kill phase” of the Great Reset, will be forced to submit to 24/7 monitoring of their movement, their diet, their medical treatments, activities, and even their thoughts. Most people will submit to this without giving it a second thought. Many already are, with all of their wearable iPhone watches, implanted medical devices sending their information back to a centralized computer, Alexa performing tasks on command, robotic vacuum cleaners and appliances, etc. Transhumanism here we come. Beware the Beast.

Read the press release from the Rutherford Institute regarding the City of Houston’s forced surveillance program.